Behzod Abduraimov is set to appear in recital at the Queen Elizabeth Hall in London on 26 November as part of the International Piano Series. He recently talked to Pianist about his upcoming performance

Your programme on 26 Nov is quite ambitious! (Chopin 24 Préludes, Debussy’s Children’s Corner Suite and Mussorgsky Pictures At An Exhibition). Tell us why you chose such a programme?

I built this programme on miniatures, beginning with a kaleidoscope of all kinds of human emotions.  In Chopin’s 24 Préludes, if I'm not mistaken, Chopin was the first to establish the prelude as an independent music form. The challenge of them is to switch contrasts drastically, to show the essence of each prelude, as well as building up an arch from the first to the last prelude!

Then I continue with miniatures but also programme music. Debussy's charming set of 6 pieces is dedicated to his daughter, not only to entertain her but seeing the world through a child's eye. I see this [as a] piece for adults to immerse themselves into world of children with some nostalgia and of course humour.

At last we have Mussorgsky’s Pictures At An Exhibition which are highly imaginative and give the performer freedom to basically create music according to actual pictures and the description.

And, by the way, Debussy was inspired by Mussorgsky's nursery songs to write Children's corner.

When we last spoke to you in the spring of 2016 (when you were Pianist issue 90 cover), you were about to give your debut at the BBC Proms and a solo recital at the famous Carnegie Hall. Any big recollections?

Obviously, those two debuts at both historical stages left special imprints on my musical career. Those concerts are special memories for me. 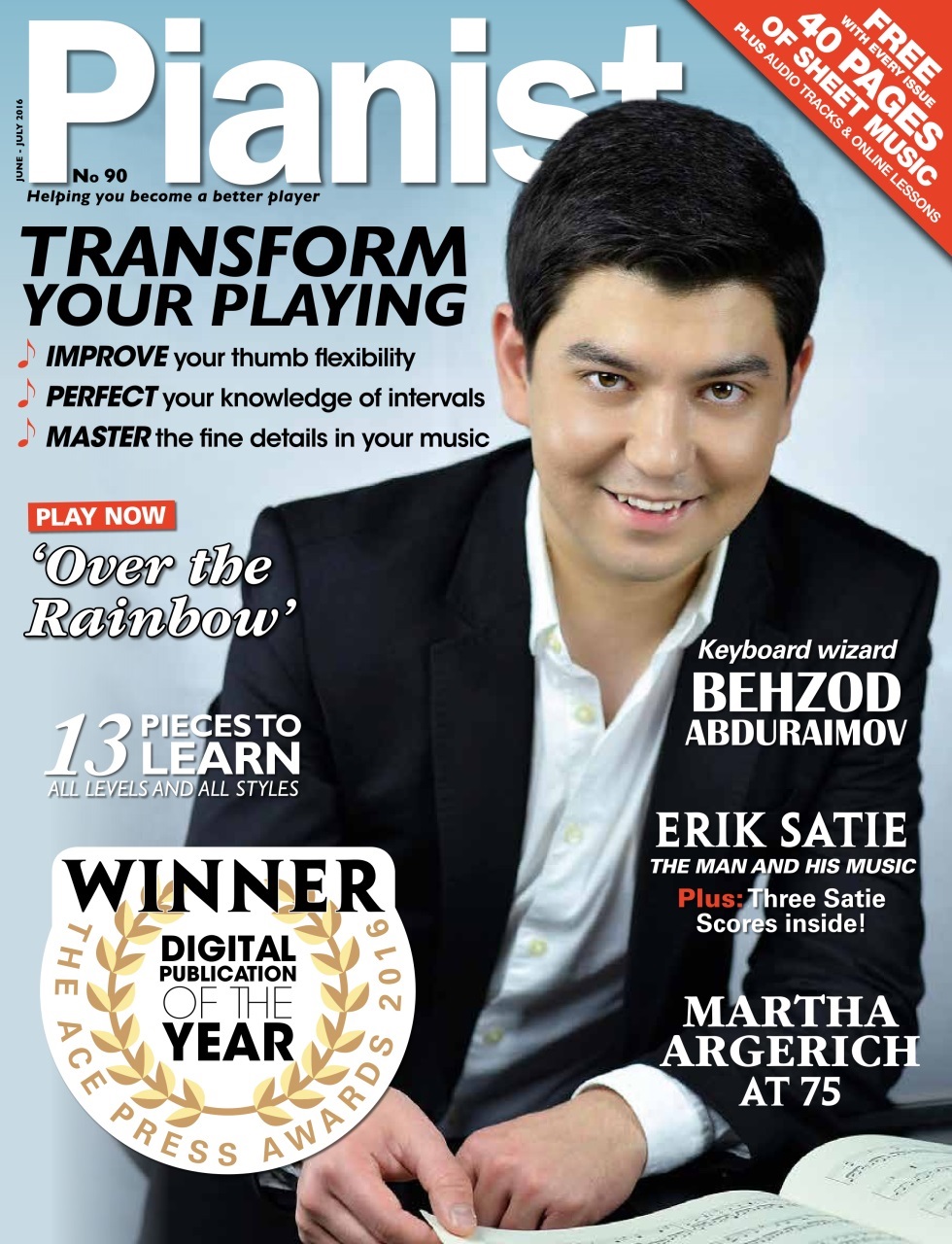 Behzod featured on the cover of issue 90 of Pianist

What’s it like to play in such a huge venue as Albert Hall? Can you hear yourself?

I personally enjoy performing on big stages so I can have no reservations in projecting the sound. The unique energy you get from the audience, the festive atmosphere of BBC Proms and the great acoustic resonance of RAH makes it an incredible experience. I'm very honoured to have performed there three times so far. And thanks to the most powerful Steinway I've ever played on, I could hear myself!

And the famous Carnegie Hall?

I'd say it's the Olympus to perform at the CH, especially the solo recital. It's known for its best acoustics, despite the large space one can get an incredible intimacy. I'm very much looking forward to performing there again twice this fall, both concerto with the Munich Philharmonic and Maestro Valery Gergiev in October as well as a solo recital in December.

Any hall that you’d still like to play in?

It would be Musikverein in Vienna and Severance Hall in Cleveland.

We notice you’ve been to Verbier Festival more than once. What makes it special?

The special thing about VF is the gathering of so many stars of classical music in such iconic Swiss mountain landscape.

There is a big interest in classical music among the young generation in Uzbekistan. When I used to study at the Uspensky Music School in Tashkent, every pupil used to get a solid educational base which later helped them to become professionals.

You studied with the famous teacher Tamara Popovich in Tashkent. What did she teach you?

I'm most grateful to her for giving me a foundation of piano playing and cultivate a discipline in practising.

And then with Stanislav Ioudenitch in the USA? How was that?

From the age of 16, Stanislav Ioudenitch dedicated a lot of his time to educate me about understanding different styles and [developing an] individual approach to every composer, being as accurate as possible to the composer’s intentions which of course helped me to develop as an artist. I'm equally very thankful to both Tamara Popovich and Stanislav Ioudenitch. 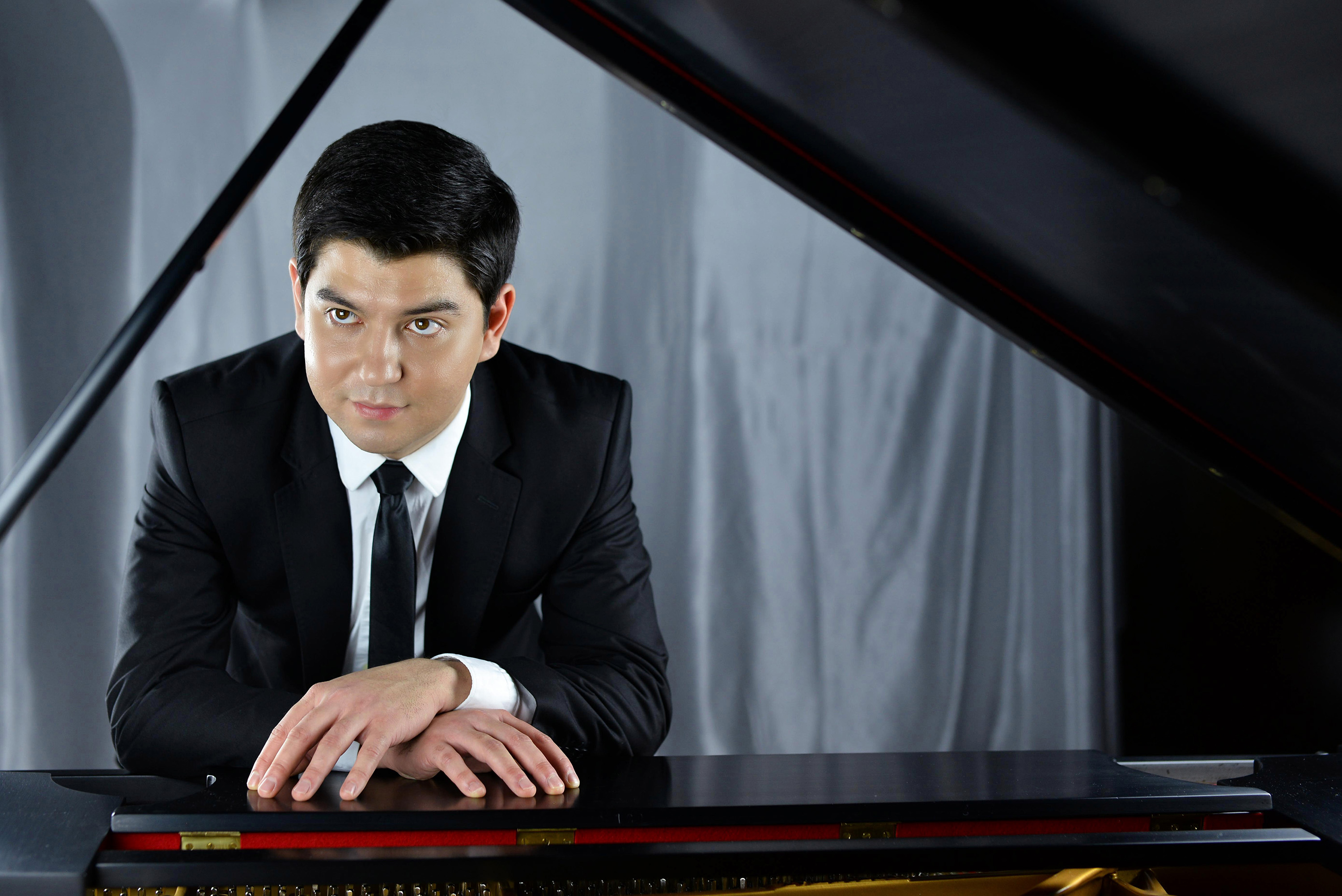 There are always some technical challenges, but practice is the cure.

You have collaborated with maestro Valery Gergiev a lot. What makes the partnership so special?

Besides Valery Gergiev being a fantastic musician, one rare ability of his is to be very sensitive to the soloist, and being musically spontaneous in a good way and improvisatory on stage.

What piano do you practise on?

For the actual concert performance, I prefer a Steinway, but being on tour most of the time I get all kinds of brands of upright and grand pianos for practice. I'm not very picky, but whatever I practise on I imagine how it should sound on stage.

Who is your concert pianist idol (past or present)? And why?

Alfred Cortot, Vladimir Horowitz, Sergey Rachmaninov, Arthur Schnabel. I admire them for their innovative musical vision within the stylistic proportions of each composer.

And your favourite composer(s)?

Most of the composers we know are all so individual and unique, that, I just can't choose one among so many geniuses!

Behzod Abduraimov appears in recital at the Queen Elizabeth Hall on 26 Nov. More information can be found here