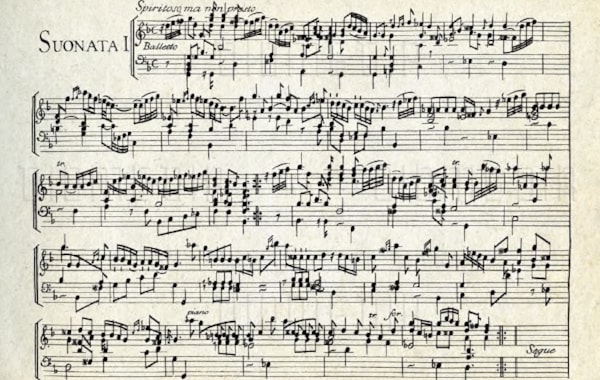 The existence of music has been a matter of fact for thousands of years.

Ancient civilisations show evidence that music was an integral part of human existence, even thousands of years ago. In ancient Egypt, music was consumed in ceremonies, on the battlefield, in burial chambers and on farms. In ancient Celtic culture, music was used as a weapon to terrify opponents in battle; the trumpet-like Carnyx delivering a powerfully disturbing cry on the battlefield. And during the Song dynasty – an era of Chinese history beginning in 960AD - music blossomed in the form of Nanxi, a type of opera combining folk songs and ballads. Throughout these years, much of this music was only ever heard and not notated. On the few occasions that music was committed to writing and survived to the present day, these jewels of evidence shed light on how music was played and how it sounded. The world’s earliest written music from Ugarit in Syria is over 3000 years old, and it provides a glimpse into the world’s oldest song.

But what about the more recently invented piano? Who wrote the very first piece of music for this instrument we all love? The story of the earliest piano music is no less fascinating. Enter the 12 Sonate da cimbalo di piano e forte.

How are pianos made? Alec Coles-Aldridge explores the process of how the much-loved instrument came into existence.

Written just after the invention of the piano, these twelve pieces are the oldest piano sheet music in the world. They were composed by Lodovico Giustini, an Italian organist, composer and harpsichord player who came from a long lineage of accomplished musicians dating back to the early 17th century. At the time of the music’s publication in 1732, the piano was still a new invention; the first piano having been created just 32 years’ prior in 1700. The instruments were very few in number and were mainly spread amongst European royalty. Fascinatingly, the 12 pieces in Sonate da cimbalo di piano e forte are dedicated to Dom António de Bragança, the brother of King João V of Portugal; the Portuguese court being one of the most enthusiastic places to receive the newly constructed pianos.

To delve into the wonders of the Sonate da cimbalo di piano e forte, we first have to understand the capabilities of the newly invented piano. Most importantly and unlike the harpsichord, the piano was capable of a wide dynamic range. This opened up a world of expressive possibility. The 12 pieces explore these new capabilities offered by the piano with clear markings for forte and piano. Check out the manuscript below, taken from the first edition published in Florence in 1732. You’ll notice how it includes clearly marked forte and piano dynamics in bars 1 and 3.

See if you can follow the sheet music whilst listening to a recording below from the same piece, the Giga of Sonata No.2.

The world’s oldest piece of piano sheet music can really give us a glimpse into what piano composers thought the piano was capable of achieving when they were first invented. Almost 300 years later, we are still discovering new ways of using this magnificent instrument. Long may it continue!