The return of ABBA: What is it about their music that is so everlasting? ABBA are BACK, and we couldn’t be happier!

The 70s supergroup recently announced their reunion along with their first album release in 40 years, Voyage. The band also announced a residence show in London featuring the motion capture digital avatars of the four band members alongside a 10-piece live band, starting in May 2022.

To celebrate, Warwick Thompson takes a closer look at the ABBA songs that were always destined to last through the years.

There are several ways of denoting the eras in which we live.

There’s BC and AD for Christians, AM for Jews, and AH for Muslims. But now all world experts agree (I jest not) that these terms should be superseded by the much more powerful acronyms AN and AC. They stand for: ‘ABBA Naff’ and ‘ABBA Cool’.

Can a greater historical sea-change exist than between the dark ages when ABBA was a subject of derision, and the glorious epoch we now inhabit in which they are acknowledged as creators of the greatest pop songs ever written?

Those of us unlucky enough to remember the bad old days of AN during the 70s may recall cackling over ABBA’s wonky English. ‘Chiquitita, you and I know / How the heartaches come and they go and the scars they’re leaving…’ Leaving what, one wondered? ABBA lyrics were no guide to grammar, at any rate.

Then there was the overworked reliance on heaped-up idioms and mixed metaphors. ‘We’re still striving for the sky / No taste for humble pie.’ ‘The gods may roll the dice / Their minds as cold as ice’? Who can forget ear-bludgeoning rhymes such as ‘In the tourist jam, round the Notre Dame’? Remember the determined – even pathological? – aversion to anything resembling a natural fibre in their costumes; those kaleidoscope-lens music videos; their hair. How we laughed; how we imagined that we knew better. More fool us. 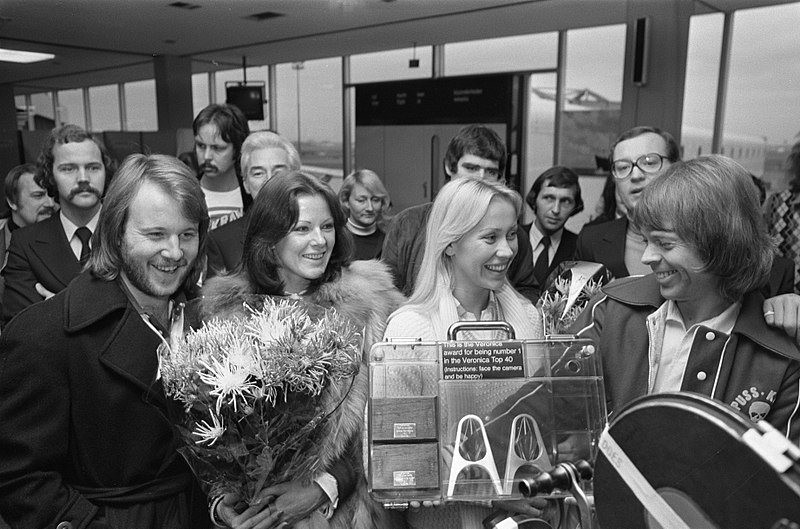 ABBA disbanded in 1982, but somehow those pesky melodies had lodged in our ears. It was a guilty pleasure, we told ourselves: naff, but fun too. A few years later came the mega-popular tribute bands, such as Björn Again, and they started playing to packed-out venues. ABBA was popular, we had to admit, but once upon a time so were shoulder-pads, mullets and VHS. But the rehabilitation continued. In 1992 Erasure issued their fabulously campy EP Abba-esque, with cover versions of four songs including Voulez-Vous, Muriel’s Wedding and The Adventures of Priscilla. Queen of the Desert made their own cinematic tributes.

So much for AN. The era of AC officially began in 1999 with that irresistible jukebox juggernaut of theatrical feelgood, Mamma Mia!

Suddenly it was more than simply OK to admit an affection for ABBA. The era of ‘ironic’ appreciation was over, and the belief that ABBA had produced the best pop ever was now the new truth. But what was it in their output that the hand of time had now revealed? What had elevated ABBA above other great groups such as the Bee Gees or the Beach Boys?

Slipping through my fingers

Analysis of ABBA songs is, to an extent, missing the point. If one could reproduce their winning formula, we’d all be doing it. But in penance for all that misplaced sniggering of the AN years, I’ll have a go.

What strikes me first is that the melodies so often don’t do what you’d expect. Take Happy New Year: the sinuous tune of the chorus shifts under your feet like a loose rug, yet still feels incontrovertibly right. In One Of Us, there is nothing conventional about the unexpected melodic plunge on the last word in the phrase ‘feeling stupid, feeling small’: and the chorus concludes on a surprising dominant 7th which is only resolved in the final iteration. Even in I Had A Dream, which approaches the simplicity of a folk song, the melody falls on the word ‘angels’ by an augmented fourth, which is a notoriously tricky interval to sing, yet it doesn’t seem eccentric or odd here.

The word-setting also challenges convention. In the phrase ‘And when you get the chance’ (Dancing Queen), the single syllable ‘chance’ is set to a three-note melisma in the most unlikely way. Purcell and Britten used the same trick to great effect.

In their rhythms too, Benny (beard) and Björn (no beard) kept their invention fresh with unexpected angles and corners. Who hasn’t found themselves miscounting the beat during the syncopations which lead into the chorus of Money, Money, Money or in the lead-in to the verse  of Angel Eyes? And yet, once you’ve committed them to memory, they’re impossible to dislodge. 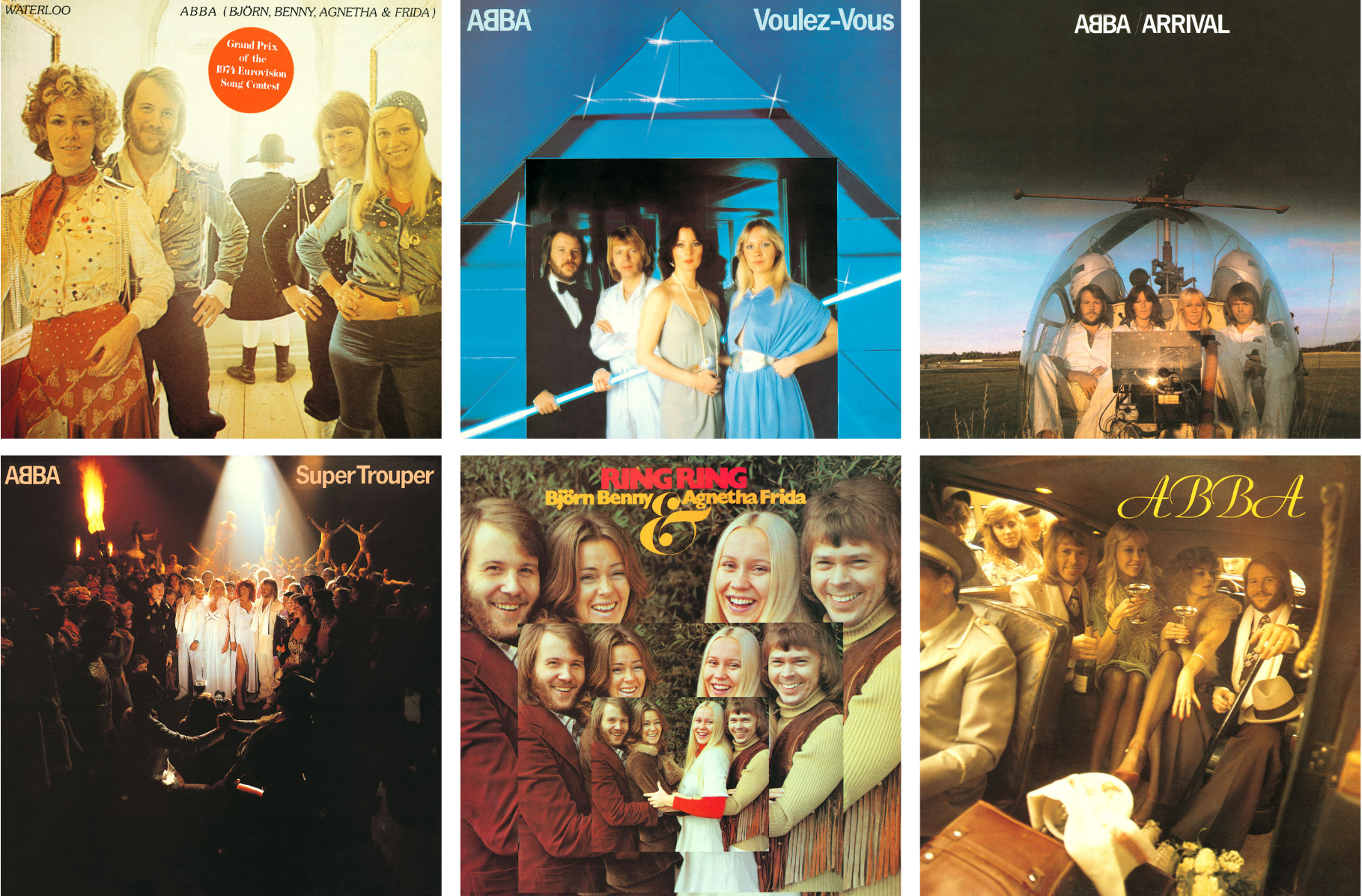 A selection of some of ABBA's most successful releases

Another factor in what made ABBA sound like ABBA is the sheer beauty of the textures. The group loved the ‘wall of sound’ principle pioneered by Phil Spector, and their studio engineer Michael Tretow created a double-tracked studio sound to ensure that the band sounded both polished and huge. And the orchestrations are adorable. Don’t the flutes and drums in Fernando immediately conjure a military campfire under a starry Mexican night sky? Doesn’t the repetitive falling synth riff in the introduction to The Day Before You Came create a world of humdrum banality, ready to be overturned by love? Then there’s the blending of the husky sound of Frida (brunette) and the lighter timbre of Agnetha (blonde), both of whose voices blossom under the microphone.

Such memorable perfection makes it all the trickier to adapt or arrange the songs for other media. It’s why there are very few successful cover versions of ABBA songs, and the ones which work best retain much of the original ABBA sound. Erasure got it right, as did Sinéad O’Connor in her touching rendition of Chiquitita. But for every success there are a hundred fails, such as the oh-so-hilarious New Zealand rock album Abbasalutely, or the appalling orchestral inflations of the RPO or the LSO ‘playing ABBA’.

On and on and on

Key to Björn and Benny’s originality is their readiness to draw from different and even unlikely musical genres, such as oom-pah German Schlager (I Had A Dream), church chorale (Lay All Your Love), rock (On And On And On), tango (Head Over Heels), balladry (Thank You For The Music), Scottish folk (Arrival), disco (Dancing Queen), prog-rock (The Visitors) and so on.

But they were never slavish imitators. In each case, they took what they wanted from the tropes of each genre and turned them into something fresh. The critic Ivan Hewett suggests that this deracination has contributed to ABBA’s longevity. He wrote that ‘as time passes, the songs’ profusion of vague floating “cultural signifiers” becomes more and more advantageous. It allows every generation to find its own emotional life mirrored in them.’

The sparkly, upbeat side of ABBA comes readily to mind, but to ignore their melancholy side is to under-estimate them. As the band headed into the 80s, many of their songs became darker in tone and employed increasingly complex lyrics of surprising depth. Both couples in the group (Benny/Frida and Björn/Agnetha) split up in 1981, and you can hear an encroaching sadness and resignation in many songs from the time. One Of Us, Happy New Year, Our Last Summer and Like An Angel Passing Through My Room are all tinged with a Nordic strain of melancholy. An oeuvre which consisted only of happy, toe-tapping, teeth’n’smiles showstoppers would hardly have stood the test of time.

There may even be a scientific answer to the success of ABBA’s music. In an article in The New York Times, cognitive psychologist Daniel Levitin is quoted as saying that the catchiness of the melodies, the simplicity of the lyrics (which nurture our atavistic desire for singalong participation) and the regularity of the verse/chorus structure (satisfying our need for order), encourage the production of dopamine – a natural ‘happy-juice’ – in the brain. And even when hearing the sadder songs, he suggests that the ‘comfort hormone of prolactin is produced.’

So perhaps the days of naffness are well and truly over. As keepers of the flame, Benny and Bjorn have astutely curated the group’s heritage with musicals and museums. And now, after 40 long years, the band has finally caved in to siren calls to reform. I Still Have Faith In You is one of two new ABBA songs released this month. The group's manager, Görel Hanser, was present at the recording sessions and comments, "It was wonderful. It was like no time had passed at all. It was like in the olden days. They were happy, it was easy and warm-hearted. There was magic in the music, in the studio and in the song. It has ABBA’s melancholy, and their sound – but it’s a modern ABBA song."

The official music video for 'I Still Have Faith In You'

Maybe those olden days aren’t quite over. I still can’t resist giggling with disbelief at this line in Our Last Summer: ‘And now you’re working in a bank / The family man, the football fan / And your name is Harry…’ –  which begs the question of what Harry’s name had been previously: Anni-Frid? The mind boggles…

It boggles more, however, at the ingenuity of the melody, the touching sentiment of the lyrics and the gorgeously produced sound.

Thank goodness we live in AC.

This article is taken from issue 102 of Pianist, and has been reworked in light of ABBA's reunion. The issue includes a piano arrangement of ABBA’s ‘I Have A Dream’, which you can download here.