Pianist and pedagogue Edna Golandsky, co-founder of the Taubman Institute and founder of the Golandsky Institute, explains how this unique approach to the piano can apply to pianists at ANY level

What is the Taubman Approach?

A ground-breaking approach to piano technique, the Taubman Approach was developed by Dorothy Taubman during the latter half of the 20th century. I was the cofounder of the Taubman Institute with her, and later, founder of the Golandsky Institute; and I have expanded, deepened and refined this extraordinary body of knowledge over the last 30 years.

Since the approach is based on fundamental principles of movement and grounded in the physiology of the human body, and since it deals with the mostly invisible movements of the fingers, hand, and forearm in order to unlock speed, power and precision, it is effective with all levels of pianists. 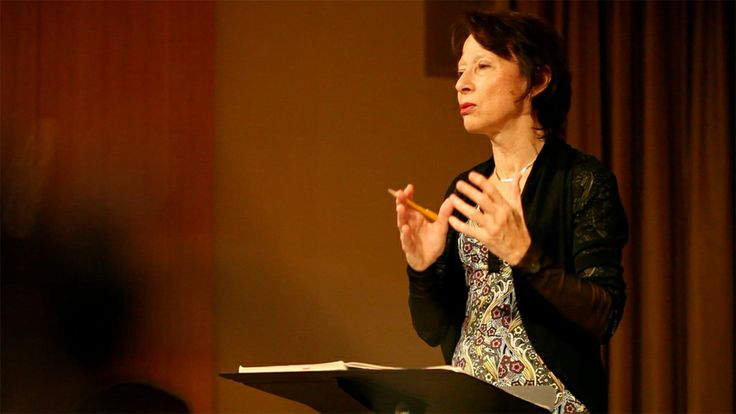 For best results, advanced and professional pianists study the approach for months, even years, in order to assimilate these correct movements. Nevertheless, simply understanding and applying basic principles of alignment and positioning CAN help beginning and intermediate pianists as well, to provide the foundation for good piano technique, to prevent tension, pain and injury, and to use the fingers, hand and forearm in the most efficient and effective ways possible.

Here are the basic principles of the approach:

The importance of correct alignment

Yoga, Tai Chi, and other movement practices are all based on principles of correct alignment and motion. The Taubman Approach specifically addresses the parts of the body that are actively involved in piano playing:  the fingers, hand and forearm, called the playing apparatus.

For maximum results, this playing apparatus must move together at all times, in the same direction and at the same speed. The fingers are neither curled nor flat, but remain in a gently curved position, which allows for free motion. The forearm is always directly behind the playing finger, to support it and give it the necessary weight to put down the key with ease. The upper arm and torso follow along, in small amounts, to allow the playing apparatus to maintain its correct position.

In order to attain and maintain correct alignment, the body must be at the proper distance from the piano and at the proper height at all times:

Distance from the piano

The correct distance from the piano also depends on the length of the forearm. Sitting too far from the piano causes the arm weight to fall backwards toward the body and away from the fingers, and sitting too close crowds the arms. The best sitting position is at a distance from the piano where the torso and the arms move without obstruction. The pianist should sit in the middle of the bench, neither at the front edge nor at the back. Finally, the feet should be placed right behind the pedals. This balances the body slightly forward, and makes it easy to reach the pedals as well as to move freely in all directions.

The torso should be straight, neither held up nor crouching, so that it can move easily behind the playing apparatus as it moves up and down the keyboard. It faces straight ahead.

Fulcrums – what are they and why are they important?

Fulcrums are the basis for the movement of all of our limb parts. The fulcrums that operate when playing the piano are the bones of the top finger knuckles, the wrist and the elbow. They allow for the different limb parts to move while they remain stationary.  Without correct alignment and positioning, the fulcrums will not allow power and movement to be transmitted from one limb part to another. 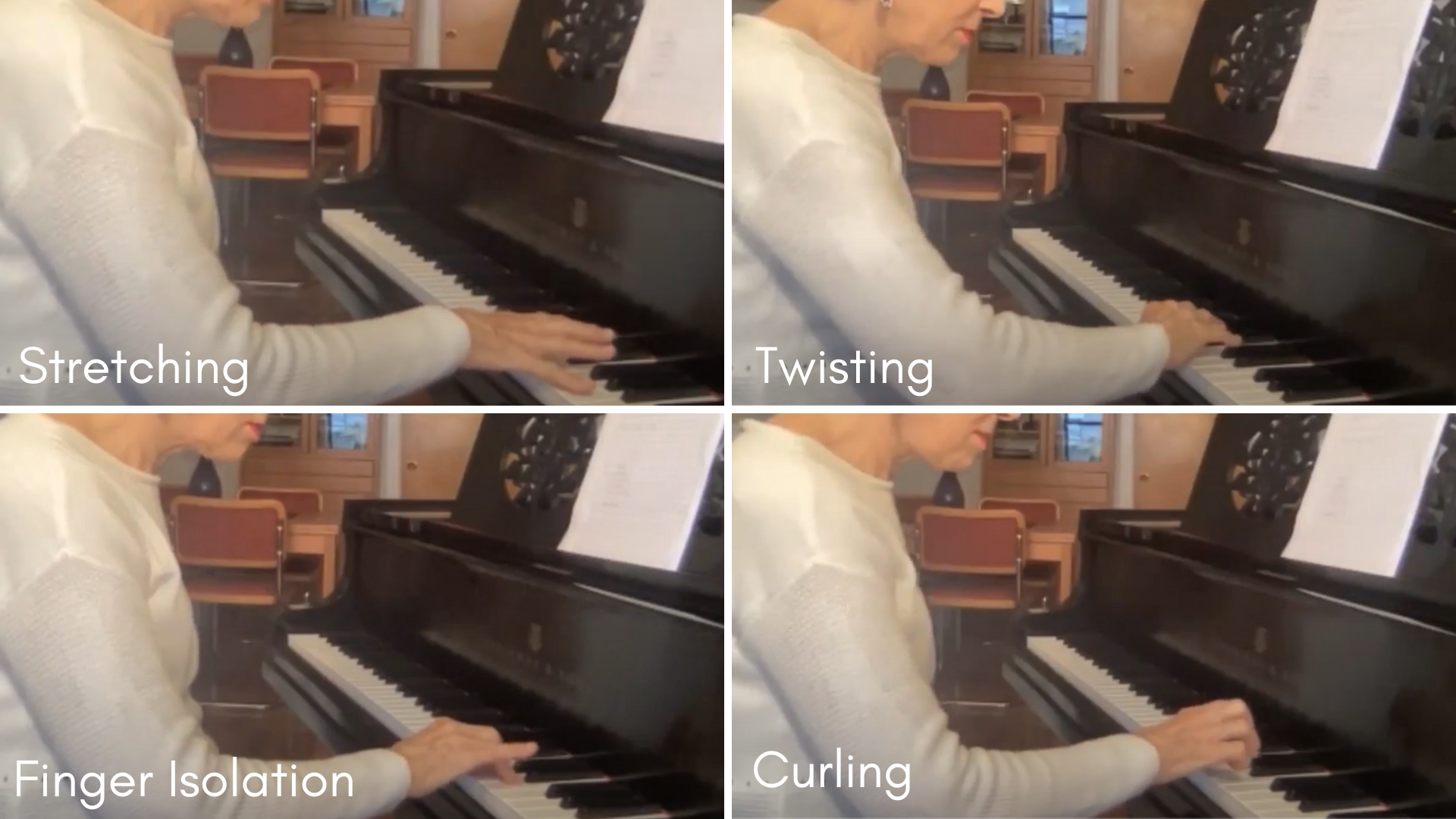 The top knuckles for the second, third, fourth and fifth fingers, often called the bridge, are the fulcrums from which the fingers move. The top knuckles should not be too high or too low, but remain in their natural position, slightly higher than the middle knuckles. This enables the fingers to move freely.

When the top knuckles are too high, in the shape of a tent instead of in their natural curved position, they bring the fingers into a position where the slightest movement downward brings them to their extreme range of their motion. Conversely, when the top knuckles are too low, they break the connection between the fingers and hand, again making it difficult for the fingers to move. This break in alignment often causes back pain.

The wrist must always be at the level where the hand and forearm are connected to each other. This allows the playing apparatus to move in a unified way. A low wrist breaks the alignment between the hand and forearm so that it can no longer act as a fulcrum for hand motions.

Instead of supporting the fingers in key descent, the weight of the forearm falls into the wrist, often causing wrist pain and even carpal tunnel syndrome. A wrist that is too high also breaks the alignment between the hand and forearm, limiting finger and hand motions, and causing tension in the wrist and forearm. 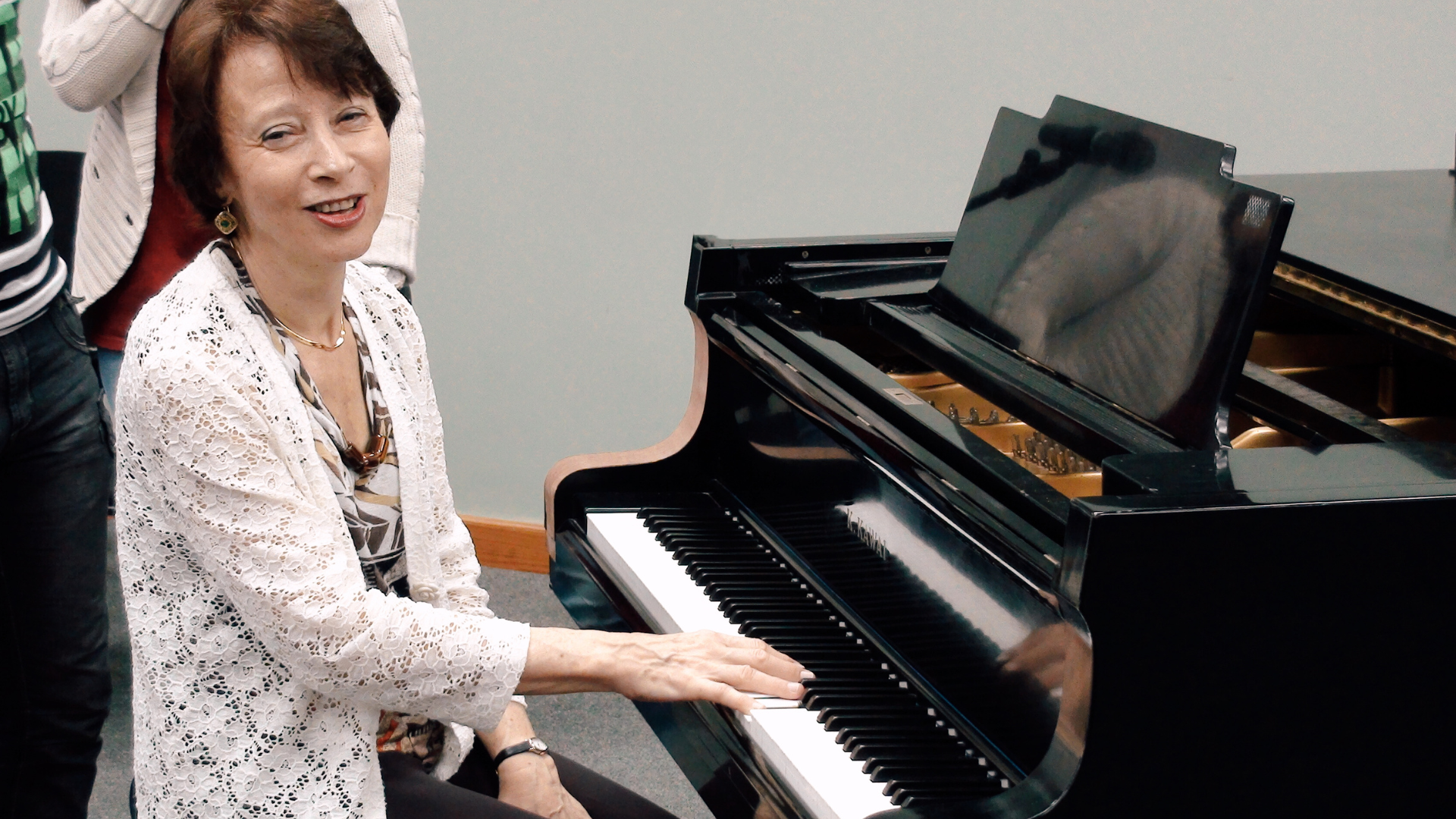 On the other hand, keeping the elbow too close to the torso collapses the elbow fulcrum, and the forearm loses its ability to move freely.

The Taubman Approach combines a multiplicity of positions and movements to enable pianists to attain a healthy and symptom-free technique. Correct positioning and alignment of the fingers, hand and forearm, and the fulcrums form the foundation for this technique.  Pianists at every level can realise profound benefits and prevent pain and injury by applying the recommendations outlined above.

You can find out more about the Taubman Approach here.