Stuff happens: 5 tips for surviving (and recovering from) a bad performance 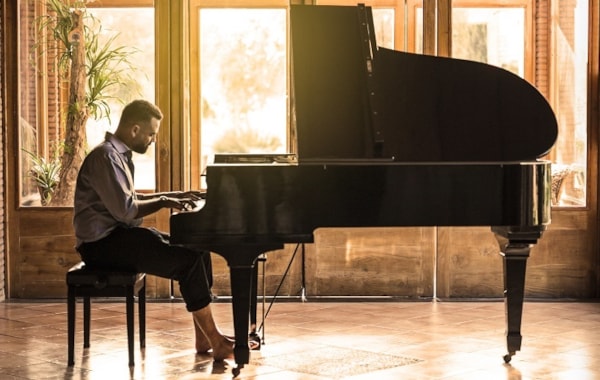 Bad performances happen, but you need to get yourself over them quickly. Rhonda Rizzo gives her advice

I knew the piece. The piece was easy. Basic chord patterns. Memorable melody. That’s why I didn’t quite believe it when, a minute into the music, I looked at my hands on the keys and suddenly had no idea where I was in the piece or what was coming next. I circled back to the beginning as panic washed over me. The stage lights felt hot. The keys were slippery under my fingers. The playing didn’t improve. The piece had fled my mind. Finally, I improvised a stumbling ending, forced myself to take a bow, and walked off stage with as much dignity as I could. I waited until I got outside the building to scream.

I’d like to say this performance happened when I was a student. No, the worst public performance of my career took place at a college where I was teaching, in front of an audience of my students and colleagues.

Bad performances happen. Most people in the performing arts have hair-raising tales of their own. The performers who continue to put themselves out on stage aren’t necessarily the ones who never mess up in public—they’re the ones who have learned how to survive the experience and learn from it.

Here are five ways you can respond when “stuff” happens on stage...

When you’re on stage and the notes leave your mind or fingers, don’t stop. Jump forward in the piece, if possible. Make something up if necessary. Just don’t stop! Try to keep a professional expression on your face. As the cliché says, never let them see you sweat.

No matter how badly your performance went, there are people who will come up and say (lie?) how much they enjoyed it. Even though you’re dying inside, this is the time to unclench your teeth, smile graciously, and say “thank you.” Call on every ounce of acting ability you have to not apologize for the performance.

Want to instantly improve your performance? Here's how.

Public humiliation hurts. It’s important to take a little time to acknowledge what happened and accept your feelings. Talk it over with a good friend. Journal about it. Jog it off. Have a drink (or six). Do what works for you and then let it go.

A day or two after the concert, evaluate what went wrong. This is one of the most critical steps of recovering from a poor performance. Look at everything: was your preparation as thorough as it should have been? What extenuating circumstances contributed to the disaster? And, most importantly, what can you do to guard against it happening again?

In my situation, when I evaluated my poor performance, I had to admit I’d taken a laissez-faire approach to learning the piece because I knew it was easy. A pianist “frenemy” contributed to the situation when she sabotaged my confidence backstage, seconds before I walked out to play.  Since then, I’ve become much more rigorous about preparation, and absolutely fierce about protecting my “head space” before I perform.

Here are 5 tips on maximising efficiency in your piano practice.

5. Get back on the stage

This is the most difficult step of recovering from a poor performance, but do it as quickly as possible. Don’t let rumination build fear to an unmanageable level. I had a concert a week after my bad performance and it was one of the most terrifying I’ve ever played. It went well, however (maybe because I did my prep work and kept my head clear before I played), and I was able to trust myself again.

I learned an important lesson through my experience: audiences want us to succeed. No one humiliated me when I went to work the next day. But I didn’t really believe in the largess of an audience until I attended a concert in the famous Rudolfinum in Prague a couple of years ago. It was a cello and piano duo recital and at one point toward the end of the knuckle-breaking Rachmaninov Sonata, the pianist stopped, put his face in his hands, and said, “I’m sorry! I’m sorry!” The cellist calmed him down, they started a section again, and ended the piece with a flourish.

The audience gave that pianist a standing ovation.