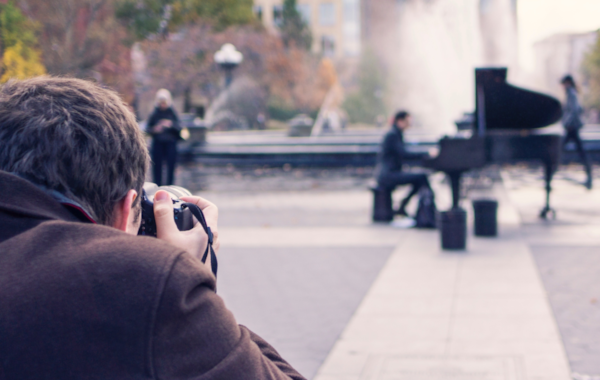 Classical pianist and columnist Daniel Johnson debates the place of the hybrid piano in live performance.

The digital piano has seen numerous developments over the years, with the hybrid now emerging and bringing in a market all of its own. It is an astonishing achievement and it has opened up possibilities in classical performance, preparation and study.

‘What’s the difference between a hybrid and a ‘silent’ instrument?’ is a question often asked by many. The broadest answer is this: The hybrid is a digital instrument with acoustic elements. Over the years, there has always been a debate over whether piano students should be practising on digital instruments. Whatever the arguments may be, what needs to be noted is that piano manufacturers have realised technology is key and have constantly developed in this area.

The bridge between digital and acoustic

The hybrid has now become an instrument that bridges the gap between digital and acoustic. It has become the perfect instrument for the serious student and professional alike, who require the sound - and action - of a world-class instrument in preparation for their performances. Companies, in developing these instruments, are pushing the boundaries of the classical instrument and giving options to how the music can – or should - be performed. Think about it; did Bach ever consider his work would be performed on a modern day acoustic instrument? That is, in itself, a whole nother article.

Connection to the art of music

One might say that, like reading a book, feeling each individual page as you turn them connects you with the written word. The use of ‘tablet’ computers in classical music is becoming quite a frequent occurrence. Is this a good thing? Does it take away a sense of realism and experience? Like reading a book, it’s about how we connect with the art. Perhaps in classical performance, a true connection can only come from performing on an acoustic instrument, with distinctive characteristics.

What is certain is that the hybrid piano allows the professional pianist to own and legitimately tour with a viable practice instrument, and that can only be a good thing. For the student – of any level - they allow the best of both worlds right in their own home.

Over recent weeks, I have been complying a playlist featuring recordings on both types of instruments, performing the same pieces for direct comparison. Listening to the playlist, ‘the sound’ was almost entirely indistinguishable; did it affect the communication? No. Ultimately, it is the performer's ability to create an interpretation, regardless of the instrument being utilised, which demonstrates their musicianship.

In the concert hall

Here is something for you to think about: Will the hybrid ever be chosen over the real thing by an artist who is performing in a renowned concert hall in its current form? In the future, with technological advances in sound production especially, it may just be viable. Just as it is with choosing an acoustic piano over another acoustic, the choice indeed may be the hybrid instead.

But, for the time being, is it for the concert hall? I think the acoustic piano may be the answer.

The big players – Kawai, Roland, Yamaha and Casio –  all have a current version of a hybrid instrument, as well as a full range of digital instruments. The only way to know which one is right for you is to go and try them out for yourself.