We take a look back at the life of 'Blind Tom' Wiggins (1849-1908); a musical prodigy who was born blind and enslaved for a large portion of his life. Wiggins was a pianistic genius capable at a young age of such complexities that only adult pianists could dreams of; playing music by ear note-for-note after just one listen, composing music based off the sounds around him, and more. Unfortunately, his talents were taken advantage of for most of his life. Let's start at the beginning...

Born blind and into slavery, his owner deemed him unworthy and sold him and his parents in 1850 at a discounted price to General James Neil Bethune – a lawyer in Georgia. 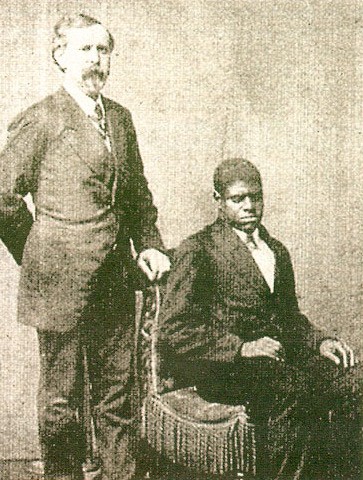 It wasn't long before Wiggins started picking up on different sounds around the plantation, like the sound of the rain on the roof, and mimicking them in fascination. Soon he was sneaking into General Bethune's main house to try the sounds out on the piano.

Wiggins became somewhat of a 'household pet' to the family, and his skills were used during family game nights. They would play sounds to him and ask him to imitate them. One of his other 'party tricks', as they would be called' was to play a composition note-for-note from memory after hearing it for the first time.

At the tender age of just 8, General Bethune began to exhibit Wiggins at public concerts; his first one being at Colombus's Temperance Hall in 1857.

Bethune then 'hired out' Wiggins for three years to a tobacco planter. Bethune was paid $15,000 for the hire. Wiggins received absolutely nothing.

After being paraded around as 'circus act' to the southern states, Wiggins' reputation grew so much that he was invited in 1860 to perform at the White House in front of American President James Buchanan. This made him the first African-American to give a command performance at the White House. 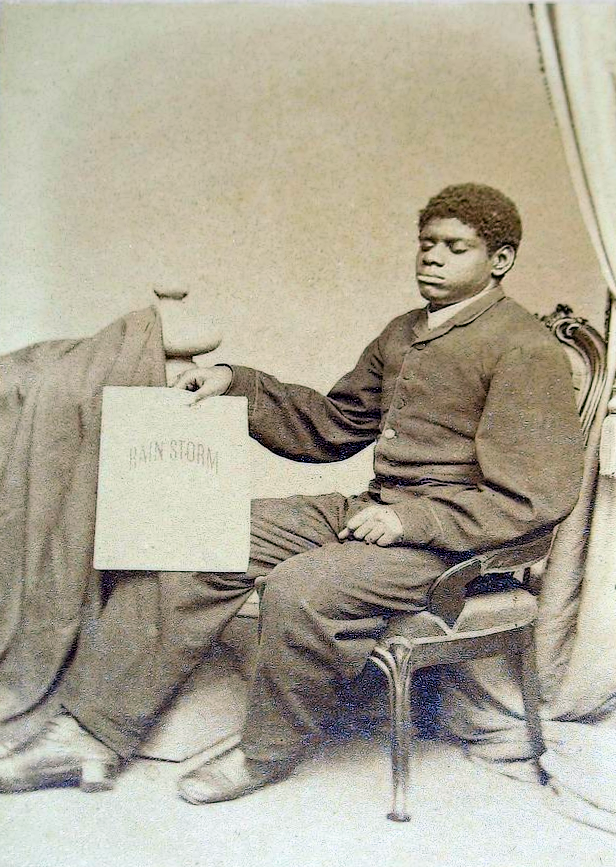 Bethune continued to exploit Wiggins's talents, eventually convincing his own parents to sign a five-year agreement that gave him legal guardianship over the youngster when he turned 16. All earnings over that period would now controlled by Bethune entirely. But did Wiggins receive any of HIS earnings?

"Inasmuch as the guardianship agreement permitted the Bethunes to receive ninety percent of Tom's earnings with nothing to guarantee that they would not expropriate the ten percent promised to Tom and his parents, [the agreement] offered one more example of how ex-slave owners were able to re-enslave their slaves, the Emancipation Proclamation not withstanding." (Southall, Geneva H 2002).

Wiggins toured extensively not just throughout America, but also throughout Europe. The Bethunes continued to rake in Wiggins's earnings for years to come.

Wiggins remained under her guardianship in New York until his death in June 1908. He suffered a major stroke and was buried in the Cemetery of the Evergreens in Brooklyn, New York.

What music was in Wiggins's repertoire?

He had many a challenging work in his repertoire from a young age. Advanced pieces from the likes of Beethoven, Liszt, Chopin, Bach, Mendelssohn and Thalbert were all included and regularly played on his performance circuits up and down the country.

His concerts also included sections called 'Imitations'. He would imitate sounds such as a banjo, a guitar, a harp, and even scotch bagpipes on the piano for the entertainment of his audience – much like he did when he was a child. 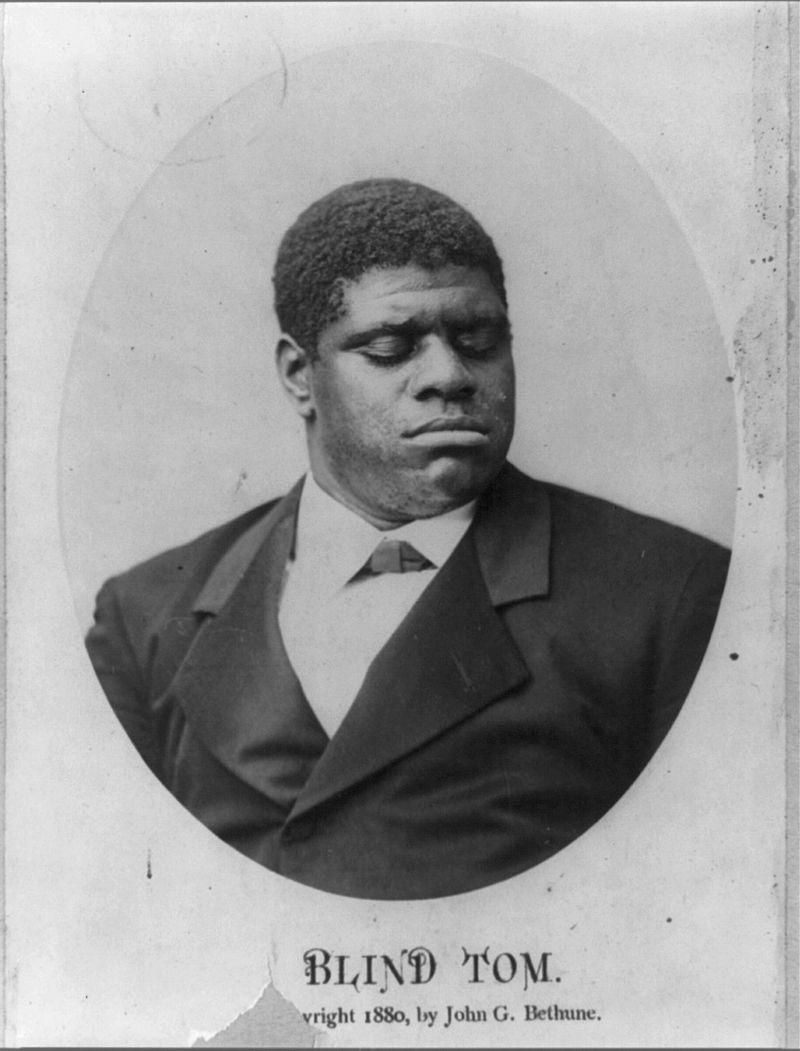 Wiggins was indeed also an avid composer. He published many of them under pseudoynms including Professor W.F. Raymond, J.C. Beckel, C.T. Messengale, and Francois Sexalise. One of his most famous compositions is 'Battle of Manassas' (1861), a piece that describes the first major battle of the civil war.

'A huge role model for other black pianists'

Despite spending most of his life as a 'prized possession' of the family that had legal ownership over him, Wiggins's once-in-a-generation talent made him a huge role model for other black pianists and musicians, as well as an example to visually impaired and/or disabled pianists.

His story is an important one in the history of classical music and the advancement of equality in this industry. His life on earth was, for the most part, in the hands of others, but thankfully himself and his works have been recognised in great detail posthumously, with various films and books written about him throughout the 20th century.

Publications about his life include Blind Tom: The Black Pianist Composer; Continuously Enslaved (1990) a book by Dr. Geneva Handy Southall; Blind Tom: The Story of Thomas Bethune (1981), a film directed by Mark W. Travis; John Davis Plays Blind Tom (1999), an album of Wiggins's compositions performed by pianist John Davis; The Ballad of Blind Tom (2009), a full-length biography by Deirdre O'Connell; the 2013 documentary The Last Legal Slave in America; The Song of the Shank (2014), a novel by Jeffrey Reynard Allen and more. He was even the subject of an Elton John song in 2013, 'The Ballad of Blind Tom'. 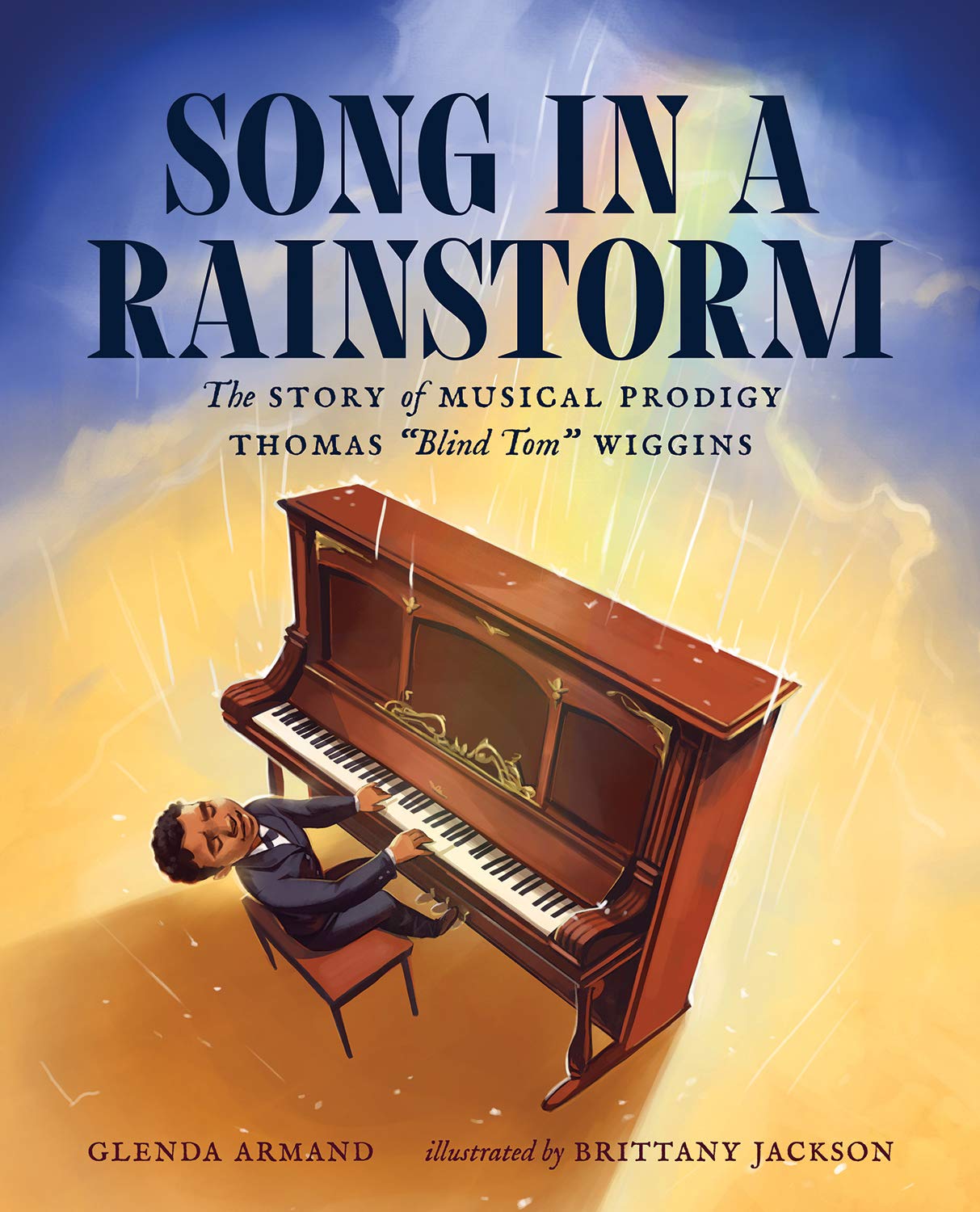 Want to discover Thomas Wiggins's music? Many of his scores are available to download for free on IMSLP.