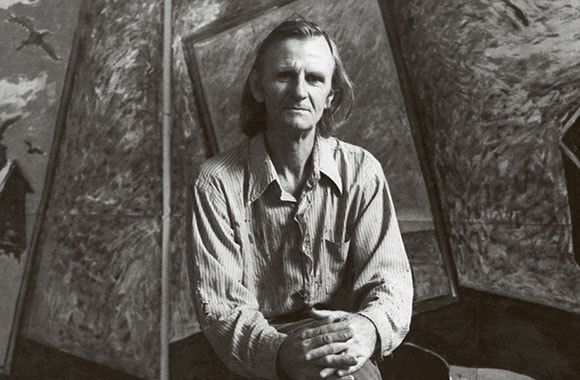 We take a closer look at this remarkable piece of artwork

Ken Unsworth is an 86-year-old Australian artist. He is known for his conceptual sculptures and sculptural installations, mechanical relief works, land art events and innovative performances that combine theatre, dance and art.

Some of us may disagree with the act of utilising a piano for uses other than playing it. Others will accept that there are numerous ways in which one can portray the beauty of the piano, aside from simply playing its notes.

Ken Unsworth's 1994 Rapture Piano is the perfect example of an installation bound to cause debate!

The artwork itself, plus further images, can be found at the Art Gallery of NSW in Sydney, Australia.

The Rapture Piano uses seven keyboards, stacked on top of each other in a staircase-like manner, filled with straw. There are suggestions of decay, of misuse, of abandonment – as author Glennis Israel describes in her Artist Commentary on Unsworth.

Unsworth typically leaves the interpretation of his art to the spectator, so the meaning of this particular piece of art is anyone's guess. However it is, without doubt, an eyecatcher.

Sculpture Magazine, an art magazine based in New Jersey, gives a different interpretation of it: "Rapture (1994) is an extraordinary grand piano with seven keyboards, rising one above the other, like a grand staircase taking one to a higher level. In place of the maker’s name, Unsworth substituted his wife’s name, Elisabeth Volodarsky, in gold Gothic lettering. Is he suggesting that his wife, as a concert pianist, is capable of transporting her listeners to a higher plane and inducing a sense of 'rapture?' If so, the rewards are brief and transitory.

On top of the piano was a mass of straw, and if one looked closely one noted that [plastic] mice were eating the straw and that the musical score was burnt and almost destroyed. The viewer of this most evocative work was taken through a range of emotional reactions from surprise to amusement, from introspection to melancholy."

I Lobo You, an online Arts & Humanities blog, give another interesting take on the meaning behind it. "‘Rapture’ obliquely relates to levitation in that it implies a stairway to heaven and thus suggests the dream of transcending the material world. The grand piano that forms the stairway may be thought of as having the potential to bring us to a transcendent moment by the beauty of its music but alas it is stuffed full of straw with mice running through it. This piano is never going to enchant with its sound again."

It's a fascinating piece of artwork, one that could have a million different meanings – a little bit like the way we interpret music.