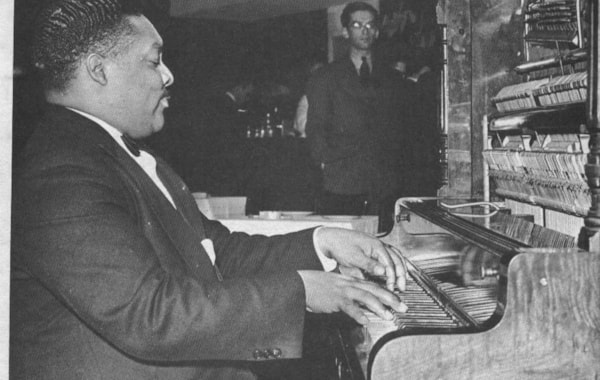 Gez Kahan hits his stride as he traces the history of boogie-woogie from its Texas origins to its swing era heyday and asks the difficult question: is boogie-woogie jazz?

Thanks to Jools Holland and others who are determined to keep the tradition alive, most people have a pretty good idea of what boogie-woogie sounds like – an ostinato bass line with a clattering right hand and (usually) a blues-based chord sequence. But where did it come from? How is it related to stride piano and the blues? And can you class all three as jazz or are they separate branches? These are very deep (one might almost say muddy) waters, Watson. We’d best tread carefully.

For starters, many of the early practitioners died young and their stories died with them. Their contemporaries gave several accounts of how and where boogie-woogie originated, but because the interviews took place much later and a good story always grows in the telling, they aren’t necessarily reliable. You have to start somewhere though, and Marshall, Texas, makes a good case for being where it began – good enough for its city commission to have enacted an official declaration in 2010, naming itself the birthplace of boogie-woogie. 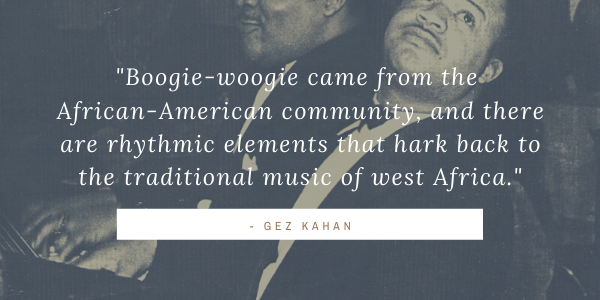 Marshall was a rail hub, and there’s definitely the sound of the steam train in boogie-woogie’s insistent rhythms, its repetitious and percussive treble figures and the flattened fifth and third ‘blue’ notes that seem to mimic the whistle’s diminished triad. Some scholars have also examined regional differences in bass patterns and suggested that the more intricate the bass line, the further you’d travelled along the tracks from Marshall. As the railways evolved, that argument goes, so did boogie-woogie. And let’s not forget that ‘bogie’ is a railway term.

But it might be a stretch too far to assume that the train-like sound (and associated etymology) were the founding fathers of, as distinct from a heavy influence on, early boogie-woogie. What is certain is that the genre came from the African-American community, and there are rhythmic elements that hark back to the traditional music of West Africa.

The name itself may well have come over with the slaves: ‘boog’ or ‘booga’ means to beat (a drum) in some of the region’s languages, while in others ‘bogi’ means to dance. And perhaps the most compelling theory is that it comes from the Bantu phrase ‘mbuki mvuki’ – get up and dance as if to shake your clothes off. 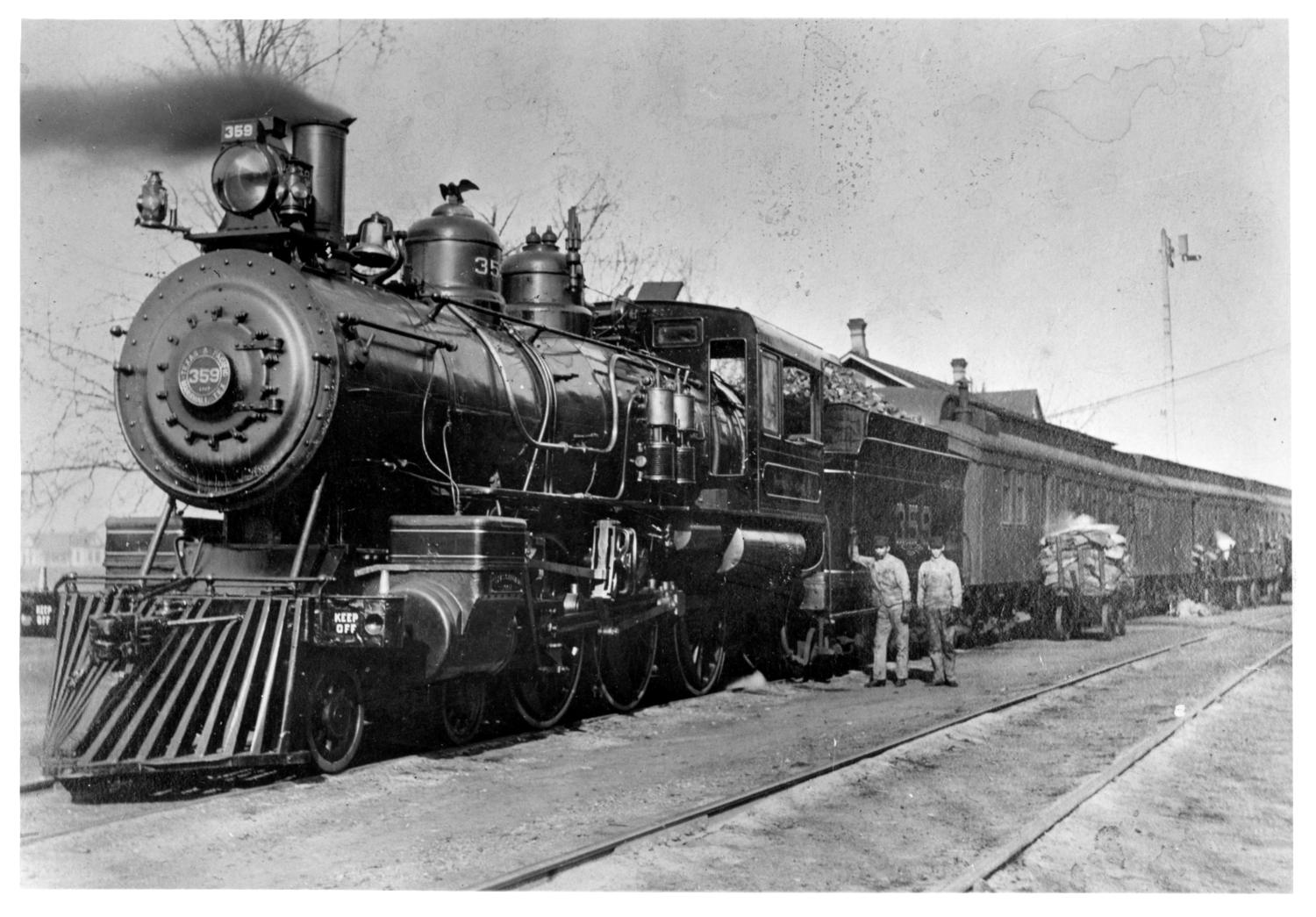 'Cannon Ball’ Engine 359 of the Texas and Pacific in Marshall, Texas, the likely birthplace of boogie-woogie

I hear the train a-comin’

The best guess for boogie-woogie’s genesis as a piano style is 1870-ish, shortly after the end of the American Civil War. Prior to that, slaves would have had little access to expensive instruments, save a brief opportunity to play the church piano after services. Emancipation, in 1865, may not have made their working lives much easier, especially for those labouring

in the lumber camps in Texas’s Piney Woods and building the railroads that connected them to the towns and cities, but at least they could set up their own entertainment centres known as barrelhouses. Along with the barrels of booze, these generally had a beaten-up upright piano in the corner. Out back, there was usually a ‘sporting house’, as red-light establishments were called.

The music they played was improvisatory in nature – a series of right-hand ‘riffs’ or ‘licks’ strung together over a left-hand backing that had to combine bass, chords and rhythm. The slower style was ‘Barrelhouse’, while the up-tempo version was ‘Fast Western’ or ‘Fast Texas’, the term boogie-woogie not coming into common use until much later.

Some also referred to it as ‘Dudlow Joe’, which sounds as though it may be named after a long-forgotten player. And there would have been many such.

Though the blues guitarist Huddie ‘Lead Belly’ Ledbetter said his style had been influenced by boogie-woogie piano players in 1899, we don’t know their names. The first recordings with recognisable boogie-woogie elements didn’t appear until nearly 20 years after that. It being, at the time, an aural tradition, sheet music was late on the scene too, but once there, it helped crystallise improvisations into defined pieces. 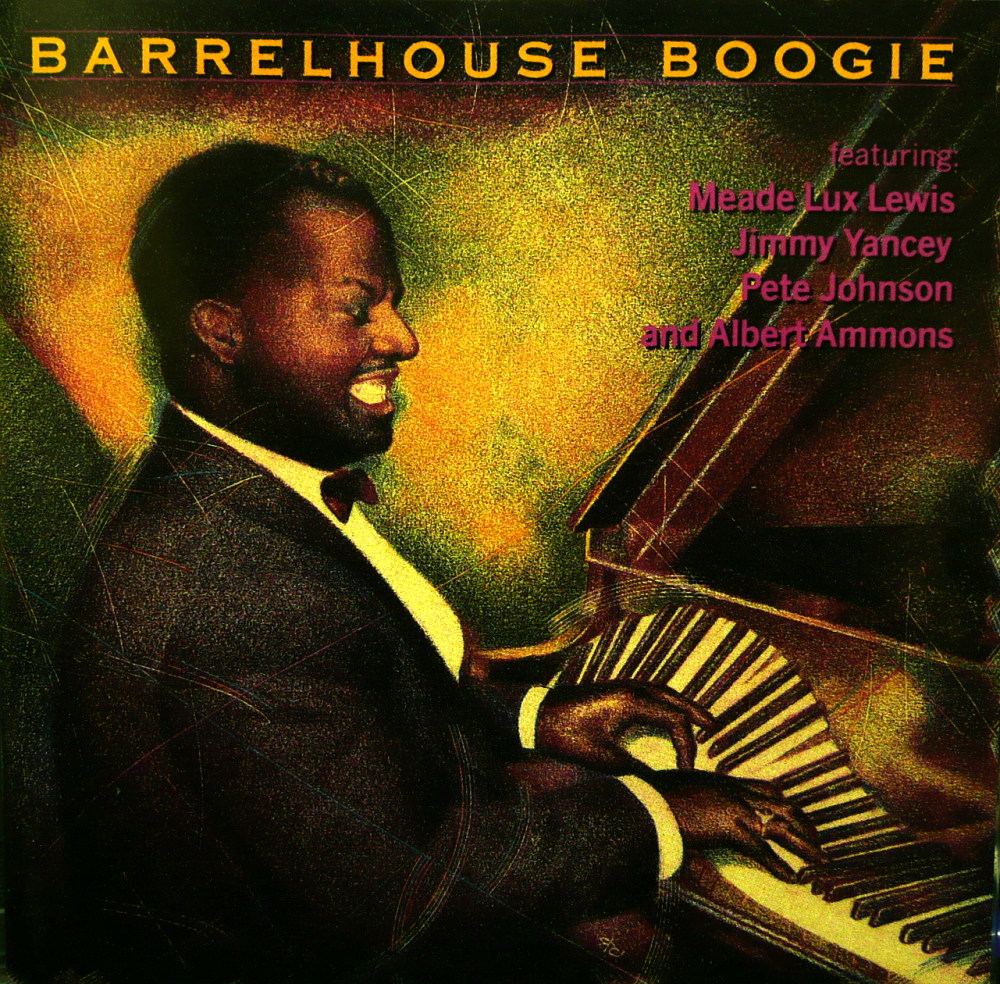 'Barrelhouse' was a slower style of boogie-woogie

By that time, boogie-woogie was already on the move, spread by the railroad. George Thomas, originally from Texas, was in New Orleans by 1910 where he wrote ‘New Orleans Hop Scop Blues’ (published in 1916), which has some claim to being the first 12-bar blues to feature a boogie-woogie bass. Even more important was ‘The Fives’, co-written by George Thomas with his brother Hersal in 1921 and published the following year.

Almost all the different boogie-woogie elements are there, and it became a standard set-closer among performers during the 1920s. And by then the Thomas brothers had followed the tide of southern popular music and migrated to Chicago, taking boogie-woogie with them.

Boogie-woogie really hit its stride (no pun intended) over the next couple of decades. The first known recording of a true boogie-woogie piano solo is probably Jimmy Blythe’s ‘Chicago Stomps’ in 1924, while the first hit record in the style was ‘Pinetop’s Boogie Woogie’ by Clarence ‘Pinetop’ Smith. Smith had moved to Chicago in 1928 and recorded the song in late December that year. And it was (almost) a song, with Smith delivering instructions over the music to dancers (including telling ‘the girl with the red dress on’ to ‘shake that thing’ a full 30 years before Ray Charles’s ‘What’d I Say’).

He would have made a follow-up in March 1929 had he not been shot dead in a dance-hall altercation, possibly accidentally, the day before the session. ‘I saw Pinetop spit blood’ was the rather insensitive headline in Down Beat magazine.

For a while, Smith had lived in the same rooming house as Albert Ammons and Meade ‘Lux’ Lewis, two other pianists destined to become major names in boogie-woogie. It was Lewis, with ‘Honky Tonk Train Blues’, who gave the style its next big hit, while Ammons had his big hit in 1936 with ‘Boogie Woogie Stomp’. The tide was becoming a flood.

Tommy Dorsey had a huge hit with a big band version of ‘Pinetop’s Boogie Woogie’ in 1938, while Ammons and Lewis, along with Pete Johnson, a boogie-woogie pianist from Kansas City, appeared in the From Spirituals to Swing concerts at Carnegie Hall in 1938 and 1939. Those concerts featured Johnson, with his ‘shouter’, Big Joe Turner performing ‘Roll ‘Em Pete’, which is arguably where boogie-woogie sowed the seeds of rock’n’roll. 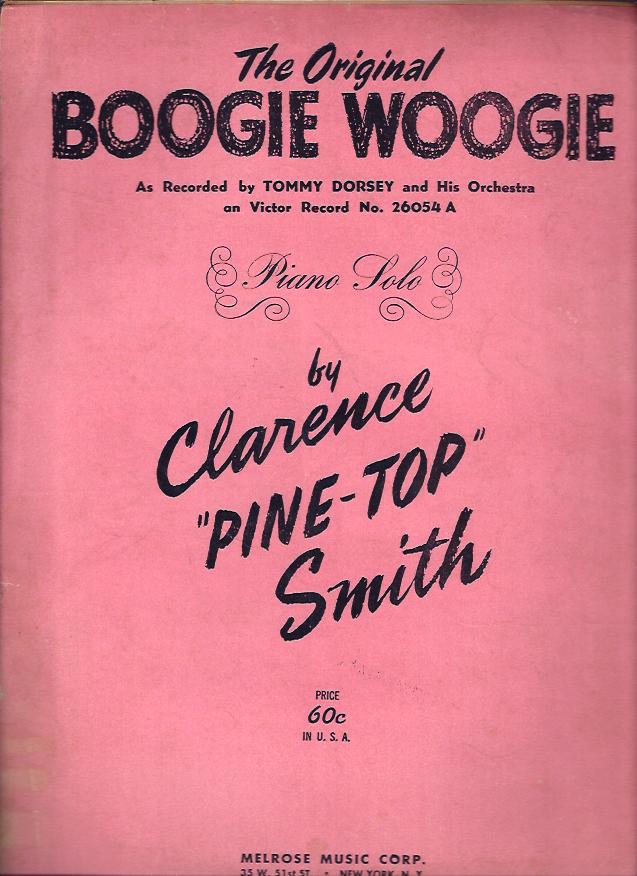 Before then, though, boogie-woogie became a staple of the big band repertoire. Will Bradley’s band had a hit with the Don Raye composition ‘Beat Me Daddy, Eight to the Bar’ in 1939, as did Glenn Miller, Woody Herman and the Andrews Sisters the next year. Bradley followed that with ‘Scrub Me Mama with a Boogie Beat’, also by Raye, which formed the basis of an eponymous cartoon in 1941. Unfortunately, the cartoon itself stereotyped African-Americans so offensively that it was withdrawn from distribution in 1949. Less controversial was the Andrews Sisters’ recording of another Don Raye number, ‘Boogie Woogie Bugle Boy’, which is positively genteel.

From bordellos to suburbia 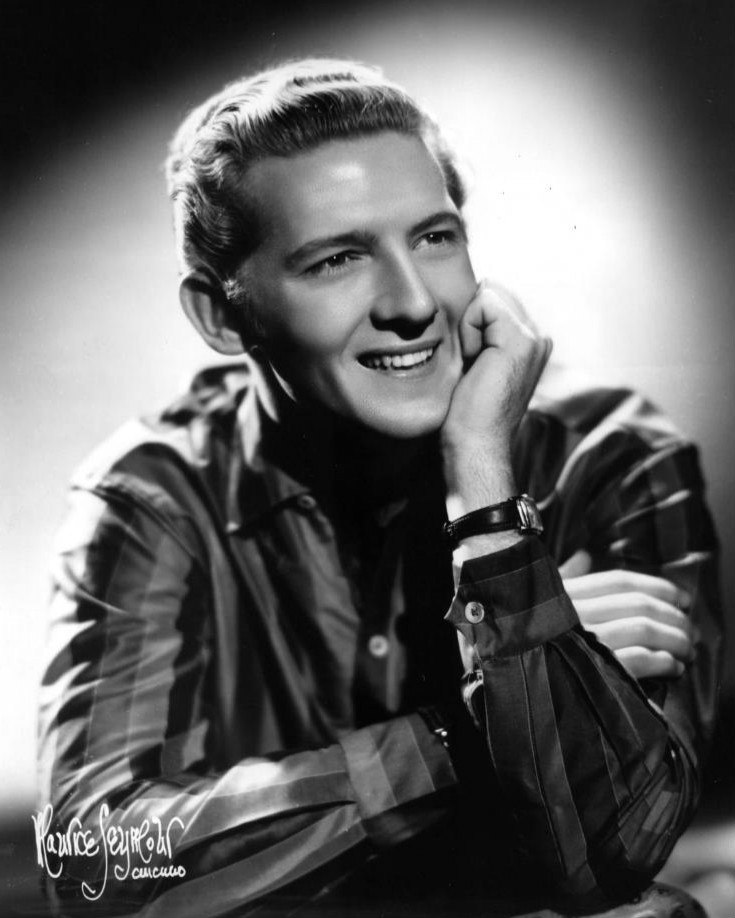 In just 20 years, boogie-woogie had gone from black bordellos and rent-house parties to the concert hall and the radio sets of white suburbia. It went further than that, moving into different genres such as country (‘Cow-Cow Boogie’ for instance), rockabilly and, of course, rock’n’roll. The sound is omnipresent in Jerry Lee Lewis’s upbeat numbers and a component of Little Richard’s piano playing, but stylistically it’s just as great an influence on guitar-based recordings by the likes of Chuck Berry.

The highbrow world wasn’t immune, either. Conlon Nancarrow’s Boogie-Woogie Suite studies for player piano take the form to its illogical conclusion (watch on YouTube for a laugh, but don’t attempt playing it unless you’re a multi-limbed machine), while Morton Gould’s 1943 composition Boogie Woogie Etude can claim as much ‘classical’ legitimacy as Gershwin.

Ultimately, however, politeness is not what it’s about. Boogie-woogie works best in its original, rough and ready, vibrant, exciting and exuberant format. Roll ’Em Jools!

This article appeared inside issue 75 of Pianist. Download the issue here for just £2.99.