The Orphica: A rare but fascinating invention 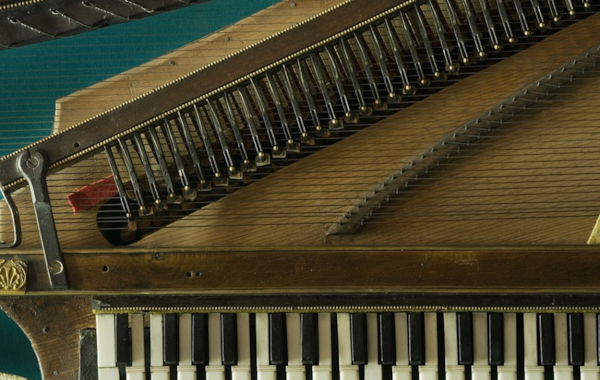 The orphica was the invention of the Hamburg-born Carl Leopold Röllig, a prolific inventor, musician and librarian.

On December 23rd 1827, Franz Gerhard Wegeler admitted in a letter to Anton Schindler that his friend, Ludwig van Beethoven, had composed two small pieces for Wegeler’s wife. The letter, a consequence of Schindler’s work to compile a biography on Beethoven, reveals that these pieces were for the orphica, a portable piano that was carried with a strap; much like a guitar. The two compositions in discussion are WoO.51, an Allegro in C Major, and an unfinished Adagio in F Major. Both composed in 1798, they are a rare example of compositions written for the orphica, an instrument invented three years earlier in 1795. The pieces are regularly performed and published as piano sonatas, but the orphica was Beethoven’s chosen instrument.

The compositions are short, only seven minutes in length when played together, and they use a narrow range of notes; a consequence of the orphica’s reduced number of octaves compared to a piano.

Below: A performance of Mozart's Sonata in D major, K. 311 on an orphica

The orphica was the invention of the Hamburg born Carl Leopold Röllig, a prolific inventor, musician and librarian. His skills saw him work as a librarian at the Vienna Court Library, as Kapellmeister at the Ackermann Theater Company in Hamburg and led him to invent the Xänorphika, another rare piano-like instrument. The orphica was one of Röllig’s many inventions and it retains the basic features of the piano; the keys, timbre and playing-action. The orphica’s shape generated its name, a booklet created to advertise the instrument stated the name orphica was chosen “because of the shape, which has some resemblance to the lyre of Orpheus.” This booklet was widely circulated, even reaching Joseph Haydn!

The instrument saw a brief phase of popularity but relatively few were made. The surviving instruments are now spread across museums worldwide, including the Museo Nazionale degli Strumenti Musicali di Roma, the Kunsthistorisches Museum and the Museum für Musikinstrumente der Universität Leipzig.

Identifying what the orphica sounded like is a tricky business. The remaining instruments are fragile and need specialised skills to play them. Recordings are impossible to find, and so our only source of information is Röllig himself, who described the sound as “by its nature, it is created for calmness and gentle feelings - for the night, friendship, and love.” Whether these qualities were purely an advertisement or a true reflection of the instrument is now lost in time. But we can be certain that Beethoven found the instrument agreeable, and with this recommendation, it is fitting to conclude that the orphica’s disappearance is regrettable, but nonetheless an interesting chapter in music history!

Keep your learning journey going by reading all about the world's oldest piece of piano sheet music.

By Alec Coles-Aldridge. Alec is a graduate of the Royal College of Music with a Bachelor of Music Degree.