Remembering Michel Legrand: The abiding charm and timeless music of a legend 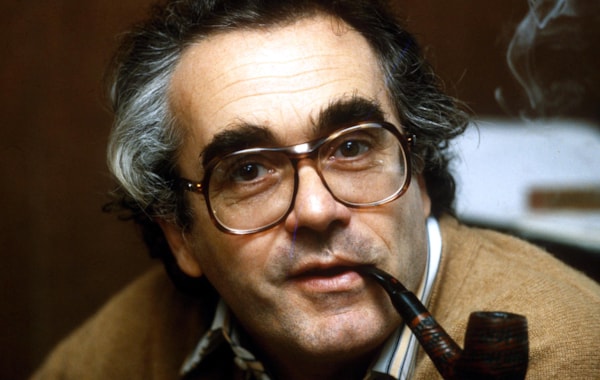 Love: Romantic, ecstatic love, joyous love, painful love. Love with regrets, like a vintage wine with bright top notes of sorrow and the deeper tannins of hard-earned wisdom. These are the ingredients of a typical song by Michel Legrand. If I start making a list of some of his most famous songs, a soundtrack of his music will likely start running through your head: ‘The Windmills of Your Mind’, ‘If You Go Away’, ‘What Are You Doing For The Rest of Your Life?’, ‘The Summer Knows’ and ‘I Will Wait For You’, which is featured in this issue’s scores.

Legrand has composed soundtracks to over 200 films and television shows, but his soundtracks are anything but just mood-enhancing background music. Indeed, in his best scores, such as The Umbrellas of Cherbourg (Les Parapluies de Cherbourg), the 1964 film in which ‘I Will Wait For You’ appeared, the music is like another character – without it, the film has much less power. And what power. Even still upper lip types tear up the first time they see The Umbrellas of Cherbourg or the Summer of ’42. Though The Thomas Crowne Affair was primarily an exercise in late 1960s style – with Steve McQueen and Faye Dunaway looking unbelievably cool in a bewildering number of outfits – its theme song, ‘The Windmills of Your Mind’, won Legrand an Academy Award.

There’s something seemingly effortless with the sheer volume of Legrand’s musical output, but the secret behind his productivity is in part that he’s a well-trained and diligent musician. Michel Legrand was born in a Paris suburb into a family of working musicians. Raymond Legrand, his father, was a conductor and composer. Michel was a prodigy, entering the Paris Conservatoire at 11 and studying with such luminaries as the legendary teacher of composers, Nadia Boulanger.

The Conservatoire was a revelation for him. ‘When I joined Lucette Descaves’ music theory class, I discovered a world that belonged to me, people who spoke my language,’ he said. ‘From then on, I felt that life had something exciting and motivating to offer.’

After leaving the Conservatoire with a bagful of awards, a period of musical apprenticeship followed. He led big bands and conducted for the likes of crooner Maurice Chevalier. He also started composing in earnest: a 1954 instrumental album, I Love Paris, was an early hit, especially in the United States. During this time Legrand also began to look at the broader musical world. He told a Timeout interviewer in 2009, ‘While I was studying in Paris I decided that I wanted to touch on and exist within in every possible musical discipline. Concerts, records, radio, playing piano, conducting, singing, composing, classical, playing jazz.’ Almost inevitably, in the late 1950s he started writing film scores.

Although his subsequent successful film-scoring career has seen him spend several years living in Hollywood, he has not disappeared into a narrow film world existence. ‘I hate the idea of goals, results, limits. I’m an artist, not a politician,’ he’s said. ‘I’m motivated by life and by the richness and diversity of all kinds of music. Without forgetting that what’s really important is to remain a beginner. One of the most stimulating periods of your life is the time when you’re discovering things, when you’re learning.’ 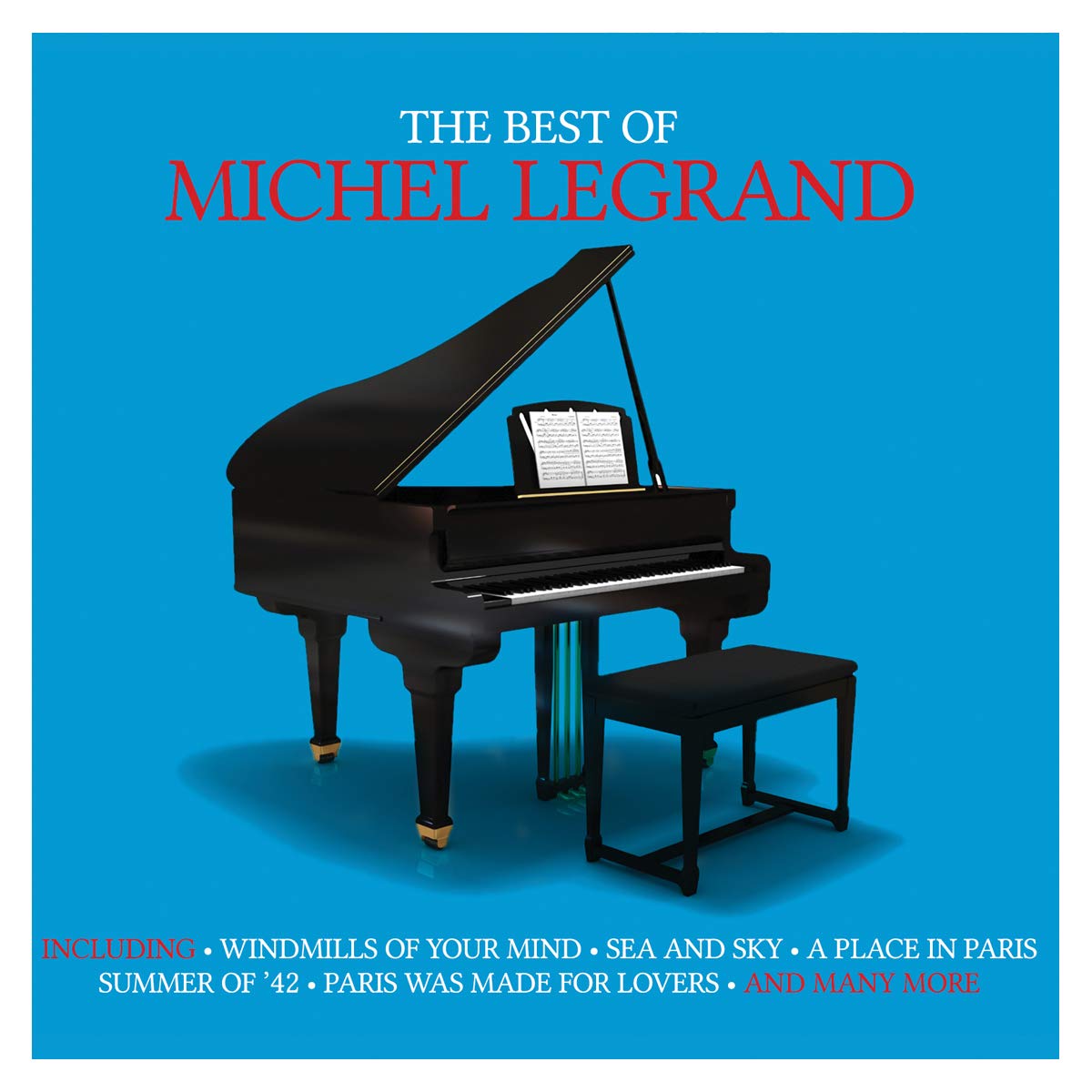 The Best of Michel Legrand

Legrand was nominated for three Academy Awards for the Umbrellas of Cherbourg, which was his first international breakthrough as a film composer. If you haven’t seen this film for a while or if you’ve never seen it, a viewing throws up some surprises. I found myself enchanted with the luscious pastel colours of the set and clothing, charmed by the wide-eyed colt beauty of Catherine Deneuve, and particularly struck by the air of melancholy sweetness that pervades the film.

It has a simple and slightly predictable plot. Deneuve’s character, Geneviève, is 16 and works in her mother’s umbrella shop, while Guy (Nino Castelnuovo) is older and works in a garage. They are in the throes of that stage of young love where simply seeing one’s beloved through a shop window is thrilling. But alas, Guy must go off to do his army duty – two years in Algeria (the film is set during the Algerian war) – and she must wait. ‘If it takes forever, I will wait for you…’ they sing to each other in ‘I Will Wait For You’ (‘Je ne pourrai jamais vivre sans toi’ in the original French). Not everything requires waiting, however, and the couple spend the night together in bed before he leaves – with the inevitable result of Geneviève’s pregnancy.

Letters between the young couple cannot bridge their loneliness, and eventually Geneviève’s mother takes things in hand: when she realises that Roland Cassard (Marc Michel), a well-to-do Parisian jewellery dealer, has his eye on her daughter, she does not hesitate to push Geneviève his way. And as her pregnancy develops and letters from Guy dwindle, Geneviève accepts the gentle Roland’s offer and leaves for a new life in Paris. When Guy returns from the war to a closed umbrella shop and his girlfriend vanished, he is emotionally shattered. He goes (mildly and briefly) off the rails but turns finally to the devoted Madeleine, who has been nursing his aunt. Guy and Geneviève’s lives intersect again at the very end of the movie when… but I will let you savour that moment for yourself if you have not seen it. 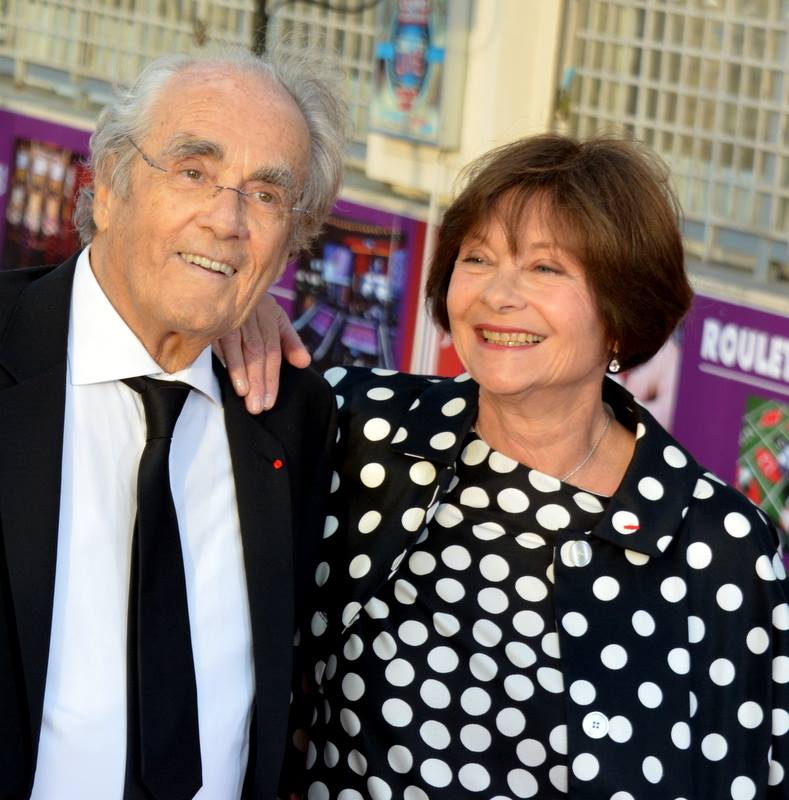 Legrand relates that potential backers had little faith that anyone would want to see a film in which all the characters sing throughout. The composer, however, knew his tuneful work would triumph: ‘I put a great deal of faith in melody. Nadia Boulanger always said: “Put whatever you want above and below the melody but, whatever happens, it’s the melody that counts.”’ He told Timeout that he works with multiple themes/melodies as he composes a film, and then narrows it down to four or five that he uses throughout the film. And what about the melodies he doesn’t use? ‘I burn them,’ he said. ‘I know that I will never use them anywhere else. It is never good for any other movie. I tried, but it never worked.’

Legrand’s feeling for melody has certainly had its appeal to any number of singers who have covered Legrand’s songs. ‘I Will Wait For You’ has been covered by Frank Sinatra, Nana Mouskouri, Tony Bennett, Louis Armstrong and Liza Minnelli. He’s had a close relationship with Barbra Streisand, who starred in Yentl, for which he wrote the score, and she has also recorded many of his songs – her version of ‘What Are You Doing For The Rest of Your Life’ is a classic.

Even up until his death back in January of this year, Legrand relished performing, touring and recording. He stated that he loved ‘to live surrounded by music. I love playing, conducting, singing and writing, and in all styles. So I turn my hand to everything – not just a bit of everything. Quite the opposite. I do all these activities at once, seriously, sincerely and with deep commitment.’ As a reviewer said of his 2012 appearance at the legendary Ronnie Scott’s jazz club, ‘Michel Legrand has the kind of musical CV that makes everyone else’s look like a sick note.’

Inge Kjemtrup's fascinating coverage of Legrand's life appears in issue 77 of Pianist, which is still available digitally below. 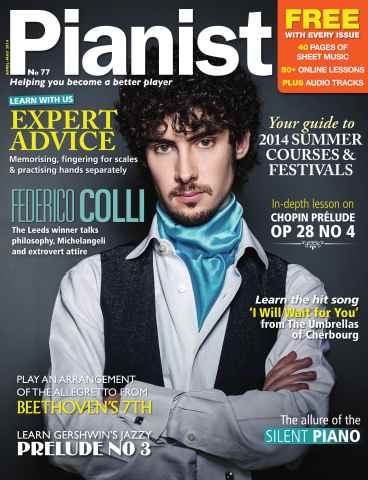 Buy a Digital copy of Pianist - Pianist 77 April-May. Available on Desktop PC or Mac and iOS or Android mobile devices.