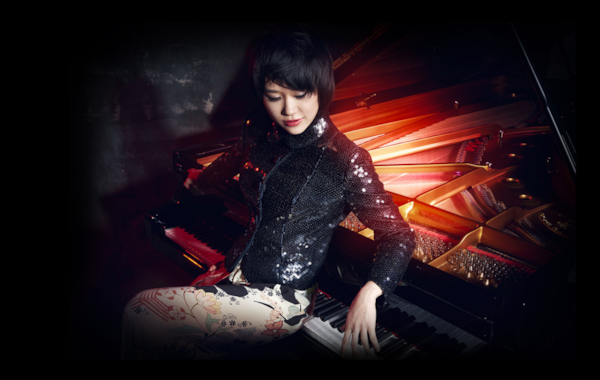 In the first of three reports from the Swiss festival, Peter Quantrill enjoys a feast of Bach concertos.

In the first of three reports from the Swiss festival, Peter Quantrill enjoys a feast of Bach concertos

With their young Spanish leader Roberto Gonzales-Monjas an active and spirited leader, the musicians of the Verbier Festival Chamber Orchestra were joined by three distinguished soloists for a Baroque trip on the wild side. Placed side by side in a way you wouldn’t usually encounter outside competitions, their different approaches to Bach made for an absorbing set of contrasts.

Perhaps the most richly developed sense of Baroque style was demonstrated by Kirill Gerstein in the G minor concerto BWV 1058, and the rather more garrulous Triple Concerto in A minor BWV 1044 (second cousin to the Fifth Brandenburg). He brought a fairly solid touch to the house Steinway, enlivened by crisp staccato and excellent rhythmic clarity. Closely contoured to the ensemble in ritornello passages, he pushed the boat out in the cadenzas, with an especially bold (even anachronistic) flight of fancy in the finale of the A minor, replete with lavish modulations.

Sergei Babayan was a more unassuming presence in the most expansive and dramatic of all Bach’s keyboard concertos, BWV1052 in D minor. In these works Bach set tough challenges for himself (as a performer), his fellow musicians and even his audiences. Modelled on extrovert examples by Vivaldi and Corelli they may be, but the D minor in particular exhibits a breadth and a reach of expression unimaginable in his forebears and contemporaries. Babayan’s initially understated approach served to bring the audience in with him for a deeply inward account of the slow movement, distinguished by the most subtle touches of pedal and an artless legato that concealed its own mastery.

However, the refinements of Gerstein and Babayan rather paled beside the inimitable panache of Yuja Wang (pictured). The F minor concerto BWV 1058 may be cast on a smaller scale than its companions – though not so brief as her dress – but the head-first impact of the chromatic opening melody can plunge the listener into a world of operatic storm and stress. So it was here. Wang drew a line through not only each phrase but the entire concerto, making it whole and seamless. Her legato defied category; she might have been playing Brahms, or even Bartók. It didn’t matter. The ensemble was scrappy – the orchestra had to watch her like hawks, and she wasn’t paying them back in return – but she made the piece a gift of continually turning wonder, and she was duly cheered to the rafters.

Watch all the concerts at the 2017 Verbier Festival on demand at medici.tv