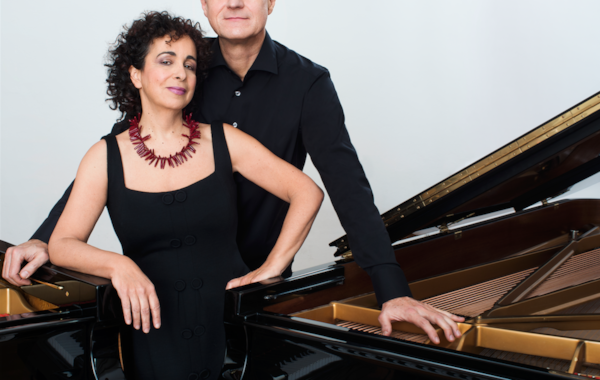 Colors: two-piano arrangements of works by Debussy and Richard Strauss

The musical paths of Debussy and Richard Strauss crossed throughout the early 1900s. Debussy was one of several French composers who admired Strauss’s opera Salome. And even if Strauss could make neither head nor tail of some of Debussy’s scores, he gave the first Austrian performance of Prélude à l’après-midi d’un faune with the Vienna Philharmonic. It seems fair to imagine that they admired each other’s use of bold instrumentation in order to evoke the widest spectrum of colours from an orchestra: the album is aptly titled.

Orchestral music rarely benefits from being reduced to piano arrangements, even when two instruments are involved. One significant exception is Liszt’s arrangements of the Beethoven symphonies for solo piano (especially in the version by Cyprien Katsaris). However, from the opening flute melody of the Prélude à l'après-midi d'un faune (arranged by the composer himself ), Duo Tal & Groethuysen takes the listener on an exquisite journey through Debussy’s orchestral sound world. Everything merging into one in the feather-light tremolos and rich bass register. In La mer (arr. André Caplet), the pianists dance their way over the waves to the outburst of the finale; they are so in sync it’s impossible to hear them as two separate pianists.

Strauss’s Salome is already complicated enough, and here in the dramatic ‘Dance of the Seven Veils’ (arr. Johannes Doebber), behind what seems like exotic ease, the pianists play with utmost precision, a rhythmic understanding and determined forward drive. Till Eulenspiegel (arr. Otto Singer) is the highlight, played with technical brilliance and as convincing as the original. This is another superb Tal & Groethuysen recording.