Hans Zimmer LIVE in Manchester – a masterclass in entertainment In a time where everything that could possibly go wrong IS going wrong, Hans Zimmer’s Live Show is a glorious reminder of the sheer power – and pure ecstatic enjoyment – of music

Entering the stage with his huge 20-piece band around him, Hans Zimmer looked like a proud father.

The German composer, who is responsible for writing the music to some of the world’s most successful films including Gladiator (2000) and Inception (2010), had been planning this show for over 500 days; a show that has suffered delays and yet more delays due to the pandemic. But it was worth the wait.

In past years, his shows had adopted the "I’ll conduct an orchestra and you watch" approach, often consisting of his musicians playing along to a huge screen featuring scenes from films he has written for. This time he changed the rules. 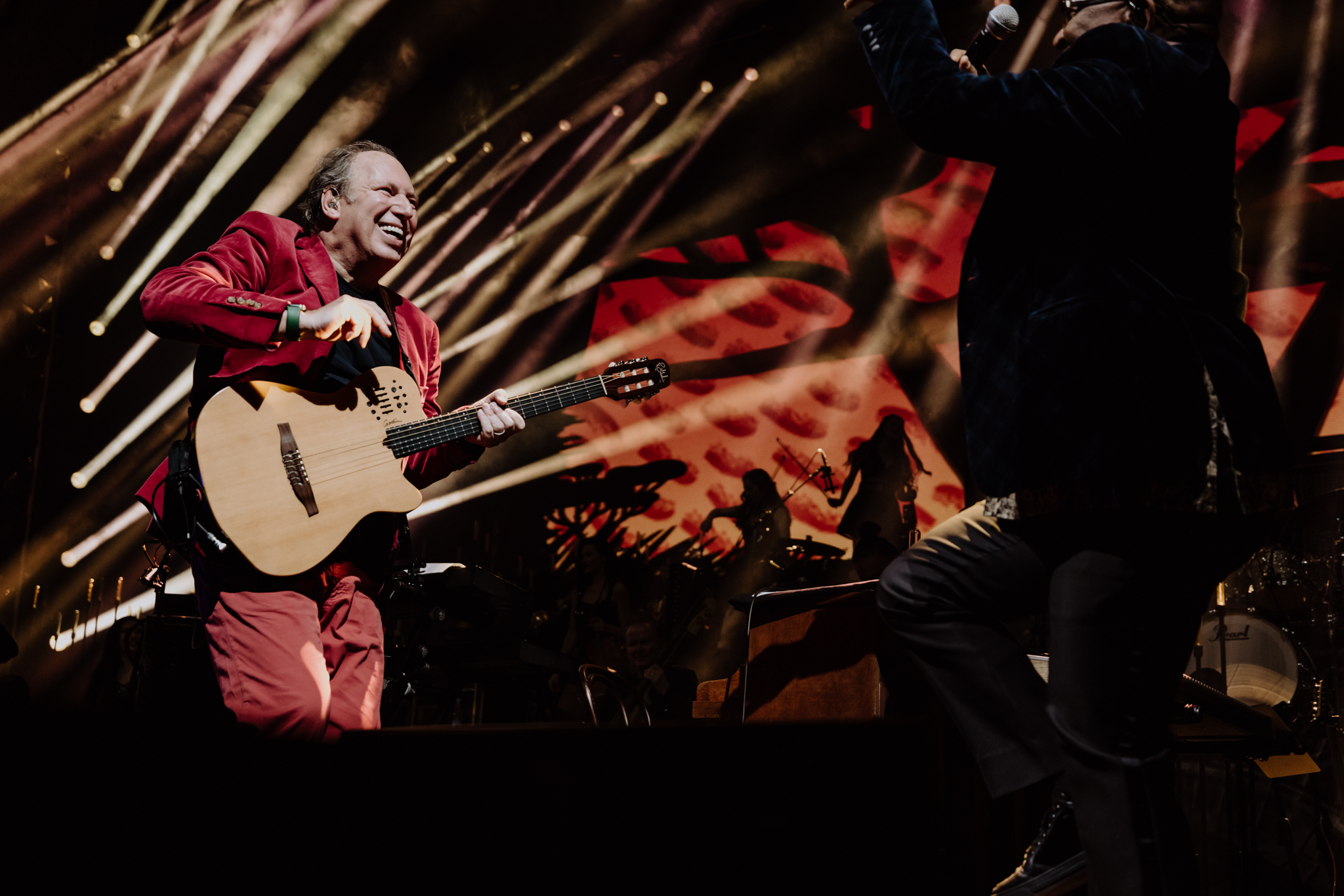 Hans was just as much a part of the band as anyone else, playing multiple instruments throughout the show. At one point, he was sat down at the piano performing music from Interstellar (2014), the next he was challenging his young guitarist Nile Marr (son of former Smiths guitarist Johnny Marr) to a one-on-one solo from Pirates of the Caribbean before jumping over to the other side of the stage to take part in a mesmerising three-part bass riff featuring the music of Dune (2021). It was an absolute joy to watch a master at work.

And yet, as proud fathers do, they like to give their children the limelight. The majority of the expansive band had their individual moments to shine. Electric cellist Tina Guo was a standout star, strutting around the stage with an almost calm-like anger in her eyes; like someone who was absolutely ready and in her element to give the performance of her life. She headed the show during performances of music from Wonder Woman and Pirates of the Caribbean amongst others, while Hans conducted silently from his piano behind her. “Welcome to the Tina Guo show!” he wittingly proclaimed. 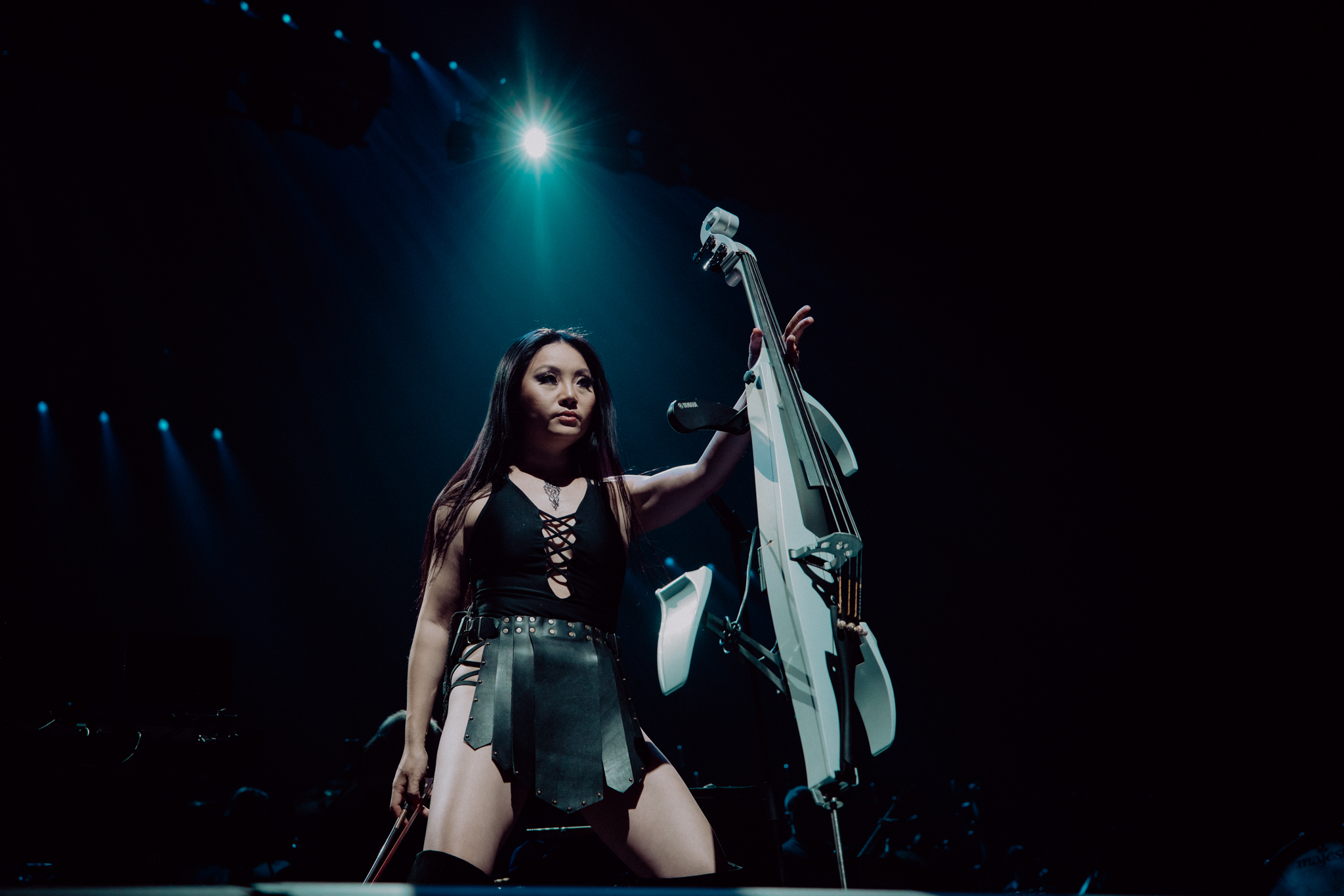 Another standout was vocalist Leah Zeger who, alongside violinist Rusanda Panfili, performed what Hans called the “impossible score” that he wrote for Interstellar. Both musicians reached ridiculous levels, hitting notes I didn't even know existed.

Towards the end, the almost-full-capacity stadium were treated to works from The Lion King (1994), with the original main vocalist Lebohang “Lebo M” Morake joining Hans on stage. Making his way down to the front, he danced with the drummers, followed Hans up to a raised platform and shared delightful back and forth of music with him; 'passing' the sound to each other every few seconds like a baton. In a world where we are so used to watching still orchestras perform glued to their seats, Zimmer and his band cut through like a knife.

The conductor took time to acknowledge the events of the past few weeks in Ukraine. The country’s Odessa Orchestra have been accompanying the band on tour so far, and they again joined him in Manchester. The orchestra was given a standing ovation by the Manchester crowd towards the start when Zimmer first came out dressed in yellowish and blueish tones while introducing the crowd to the ensemble. It was an emotional moment.

Hans Zimmer and his band deserve the multiple standing ovations they received last night, and more. It was a pleasure to witness so much talent in one place. A true masterclass in entertainment.