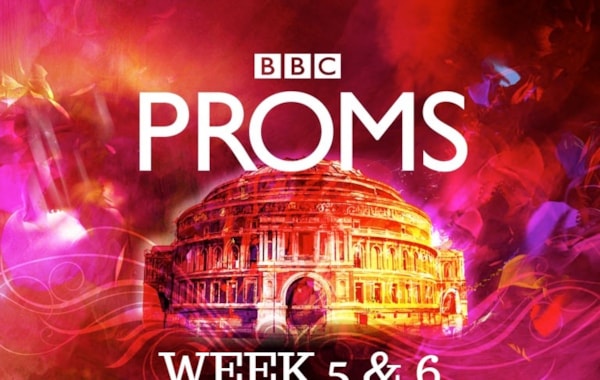 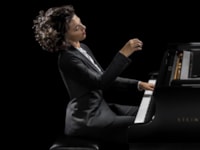 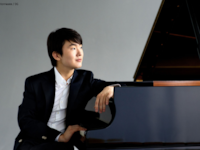 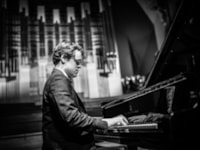 Pianist Magazine's Ellie Palmer summarises the pianists involved in week 5 & 6 of a quite stunning Proms season.

Over the last two weeks of this year's BBC Proms, we've bared witness to a selection of awe-inspiring performances from the pianists. Amongst them was Serbian pianist Tamara Stefanovich's performance of Maurice Ravel's Piano Concerto for the Left Hand. Stefanovich brought to light the journey of Paul Wittgenstein; the Austrian pianist who lost his right hand during World War 1 but remarkably returned to the piano shortly afterwards to commission a number of piano pieces for the left hand.

Let's take a look at the pianists who have wowed London - and indeed the watching world - over the last fortnight of Proms.

'She plays this piece like no-one else dares to.'

Monday 13 August saw pianist Khatia Buniatishvili take on one of her personal favourites; Grieg's Piano Concerto. This piece was written 150 years ago now, yet the Georgian pianist knows how to make it new. 'The first thing is to be in touch with the composer directly through his own scores. For me, Grieg is very naïve, but a very profound composer. [I feel that] everywhere. It’s in very joyful moments, for example in the second movement, when everything is static. [It is like when] you take your time as a human being, and watch what is around us naturally without us doing anything. But it’s also in dramatic moments; drama that a child could feel. It’s very authentic, always. Without fantasy, there is no art. Every great composer has their own fantasy which is unique and nobody else can say that that was mine. I just hope that I might be surprised by accidentally finding something new!'

Buniatishvili delivered as always, producing an absurdly magnificent performance; a performance that was an 'incendiary flight of fantasy that doesn’t take anything for granted.'

You can watch here from the 32-minute mark.

'All about swing, youthful talent, and infectious enthusiasm.'

The British pianist joined The National Youth Jazz Orchestra on the eve of Thursday 16 August for a performance of Gershwin’s world-famous Rhapsody in Blue in its original band arrangement from 1924. Former BBC New Generation artist was asked prior to his performance; how much difference does the original band arrangement make from the pianist’s point of view? 'The orchestra is cleaner, tighter. There are fewer players, so you hear more of the detail. There’s considerably fewer strings. It means you can be a bit more fluid in the tempi. In those passages, Gershwin writes in the score markings piano, whereas in the big orchestral version, you just have to bash it out as hard as you possibly can on the piano to even begin to be heard.'

You can listen here from the 14-minute mark.

Grosvenor was again in action eight days later, on Friday 24th August. He was the soloist in Mozart’s Concerto No. 21, with its trickling slow movement and quick-witted levity.

The concerto is known to be a richly scored work with a place in popular culture. It is particularly romantic, with the strings of the orchestra muted, and dissonances in the second theme that seem to portray heartache. Mozart’s father, Leopold, thought the work was astonishingly difficult, as Benjamin agrees. 'Yes, it is difficult. It places a lot of virtuosic demands on the part of the pianist… and at the same time it requires an extraordinary level of finesse. It’s a glorious work.'

Winner of the 2015 International Chopin Competition, Seong-Jin Cho made his Proms debut with Chopin’s Second Piano Concerto on the morning of Sunday 19 August.

Remarkably, Chopin himself was still only in his very early twenties when he wrote this music. He’d not yet even finished his formal music education. This Second Piano Concerto is a showpiece; designed by him to be a demonstration of his skill as a performer.

You can listen here from 16 minutes and 30 seconds in here.

Check out our roundup of Pianists at the Proms to find out who's on over last few weeks of this year's Proms.