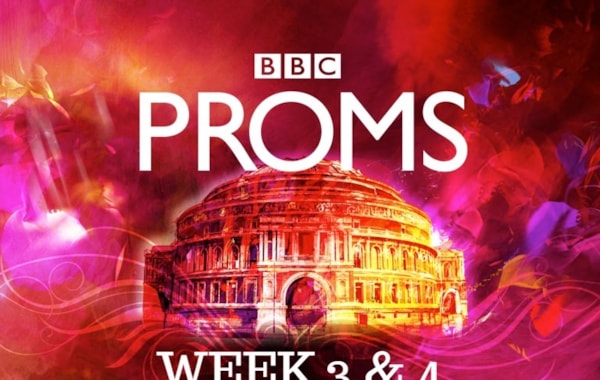 Pianist Magazine's Ellie Palmer summarises the pianists involved in week 3 & 4 of a quite stunning Proms season.

In the first two weeks of this year's BBC Proms, we've been wowed by the likes of Francesco Piemontesi, Louis Lortie and Paul Lewis at this world-renowned classical music festival. We also had the 40th Anniversary of the BBC Young Musician of the Year, which featured a quite stunning quartet piano performance of Carnival of the Animals by Camille Saint-Saëns from previous winners Lauren Zhang, Martin James Bartlett, Freddy Kempf and Lara Melda.

Let’s take a look at the pianists who have graced the stage over the following two weeks.

Saturday 4 August saw the Serbian pianist join the National Youth Orchestra for a performance of Maurice Ravel’s Concerto for the Left Hand.  Why the left hand only? Austrian concert pianist Paul Wittgenstein lost his right arm during World War 1. However, he then returned to his pre-war piano career and commissioned some of the best composers around to write pieces for the left hand alone. Of the piece, Stefanovich says, 'Isn’t it interesting that there are so many masterpieces [written] right after, and during, the first and second World War? Isn’t it that some kind of crisis invokes people to create or recreate a certain musical landscape? This is the interesting part with this Concerto. It holds incredible directness and a very little glimpse of hope, and it does end a bit like…it can’t go on. That’s how I see it.'

Stefanovich plays this piece with such passion and depth. It’s fascinating to hear the amount of pedal work that goes into this piece in order to compensate for the jumps of the left hand up the piano. Plaudits to Stefanovich, who does this piece more than enough justice.

You can watch the performance here from 45 minutes in.

Sunday 5 August saw American pianist Uri Caine perform a piece he composed himself. Caine was asked to compose a partner piece for Bach’s Brandenburg Concerto no. 5 as part of the Brandenburg Project. Two other composers have written partner pieces for Concertos 1 and 3, which were also performed in this concert. Joined by the Swedish Chamber Orchestra, Caine says of his piece, 'I’m using the form of the Brandenburg, so the three movements. There are also three soloists just like in the Bach. I take themes, but it goes through its own journey. I am consciously using the Bach piece as a springboard to do other things.'

Listen here from 2 hours and 17 minutes in.

Live from Cadogan Hall, Middleton was joined by mezzo soprano Dame Sarah Connolly on August 6 to perform a treasury of song from the British Isles, as well as one song from Australia: the debut performance of a BBC Proms commission. Other pieces being played include 2 never-before heard pieces from composer Benjamin Britten. The theme for this concert? 'Lullabies, dreams, sleep, and insomnia.'

Later the same evening, Israeli classical pianist Inon Barnatan was joined by the first American Orchestra to feature at this year’s proms: The Minnesota Orchestra. The concert featured an All-American set of pieces, with Barnatan playing Gershwin’s 1925 Piano Concerto in F major. 'As a student I used to come to the Proms dozens of times every summer. The feeling of going on stage is indescribable. It’s the closest you can get to being a gladiator without having to fight anybody!'

Listen to Barnatan’s performance here from 8 minutes in.

The final concert of the night saw Russian pianist Kozhukhin join up with Aurora Orchestra, as they took their audience inside Shostakovich’s Ninth Symphony - taking it apart to reveal its intricate construction, before putting it back together again in a complete performance from memory.

Quite an extraordinary way to end the day.