In the month of May, superstar Lang Lang came to London for a run of concerts entitled 'Lang Lang Inspires' at the Southbank. He found the time to do lunch with editor Erica Worth.

Flash back to August 2001: a wide-eyed, sweet-looking 19-year-old Chinese pianist turns up at my door. His agent has put us in touch, as she knows I have a nice piano and he needs somewhere to practise for his London concerto debut. He sets about practising Rachmaninov Third for the whole day, while the aunt who has accompanied him sits quietly on the sofa. His name is Lang Lang, a name that has been causing a bit of a stir, but still relatively unknown. At the end of the day, the three of us go out for a bite, and a friendship has been forged.

Ten years on, and Lang Lang doesn’t need my piano anymore. He has one in his hotel room, in the Langham, where I meet him for this interview. He’s in London for a run of concerts at the Southbank entitled Lang Lang Inspires, plus other engagements around the UK, and I’m excited to see him again. I’ve spoken with him over the years, mainly backstage at various venues as he is swarmed by fans, but this is special because I’ll have a whole hour on my own with him. He greets me with that big open smile and ushers me (and his mother) into the Langham’s Palm Court.

Once we’re all seated, I ask Lang Lang (pronounced ‘Long Long’, by the way) if he remembers that summer of 2001. ‘Of course! I came with my aunt and we had a Chinese afterwards. It was very monumental for me as it was my big debut in London playing Rach 3 with Termikanov and the St Petersburg Philharmonic. I remember going into your beautiful garden to study the score.’ I feel lucky that it was in my flat where the talented young boy ‘practised’ his first steps to stardom. Did he know back then that he’d make it so big? ‘I always had a big dream. Of course, one can have expectations, but one doesn’t know how it will turn out in the end. But I’m very optimistic. I knew that I’d make it. I knew I’d become a pianist.’

The journey begins
Lang Lang’s life started out like that of any typical Chinese kid who shows musical potential. He began piano lessons age three, gave his first recital age five (the same age that he won his first competition), played the Chopin études age seven, entered the Central School of Music in Beijing age nine (the same year he won the International Tchaikovsky Competition for Young Musicians), and went to the USA to study with Gary Graffman at the famous Curtis Institute at 15.

By that time, his career was up and running. There were bumps along the way of course, but they didn’t deter. Even that one bump that everyone seems to talk about – namely his father urging the nine-year-old to end his life when a piano professor turns him down as a pupil – doesn’t seem to have left permanent damage. (At this point, I urge you to read Lang Lang’s biography Journey of a Thousand Miles. It’s a riveting, sensitive account of his early years.) 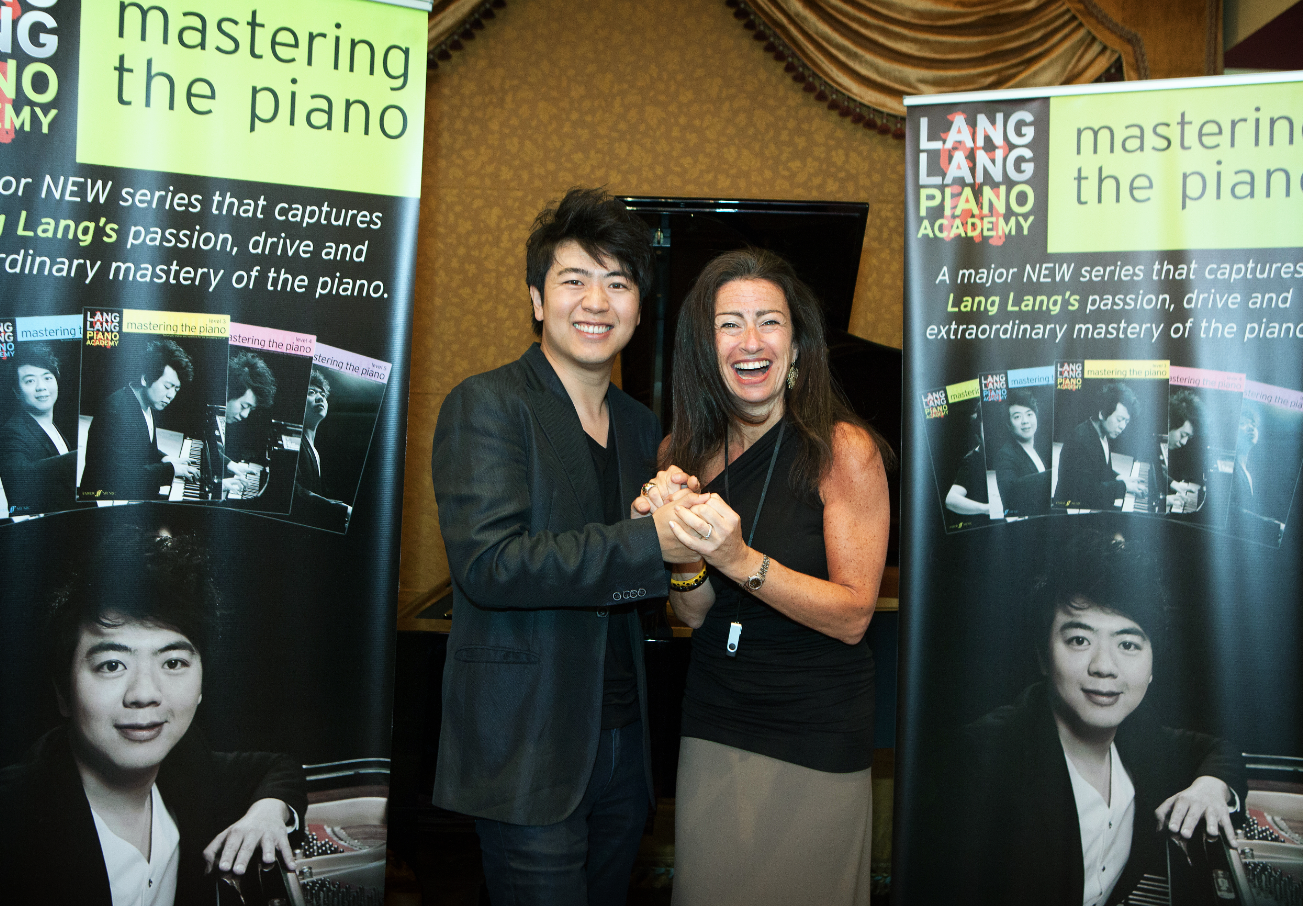 Tackling the Chopin etudes at age seven seems amazing, though, so I ask him if the Chinese are educated differently. ‘For music, China is very good. Every elementary school has a music class, and most kids play at home in the family environment. In a way, the foundation is on a different level.’ So every family thinks about music? ‘Yes, they think of it as part of their general education. Everyone is studying music. And then you have extra lessons, privately. Most of the kids have that too.’

With such tunnel-vision education from such a young age, one would think the end result would be a geeky workaholic with music on the brain and little else. Lang Lang isn’t like that. ‘I work very hard, but after work, there has to be some fun. My best way of relaxing is to take a walk in the park or watch movies or football. I’m managing to watch the Barcelona-Manchester United game in between two concerts while I’m here! I need a lot of hours sleep too – eight at least. I try to avoid working in the morning. It’s a real pain to get up! I’m more of an evening person. Around 5pm I always have a nap. It really works. Otherwise, I cannot play in the evening.’

So, how many hours does he practise?

‘The average is two hours. But remember, I have so many concerts – 120 per year. It’s better than before when it used to be about 145! So practising, plus concerts, plus travelling – I can’t do more. You have to read and study too. By the time you are grown up, you just need to maintain the technique.’

What about nerves, maybe, before he walks on stage?

‘When I was young, I’d get nervous before a concert. I couldn’t sleep well and had strange dreams. But I realised this wasn’t good. Now I’m always calm. Do I think about anything specific? Of course the music and the notes, but if you practice a lot, you don’t need to think too much.’

And what about memory? Ever had a memory slip, I ask?

‘Sometimes some minor moments, but you just keep playing and find your way back. It’s happened to me once, when I went off to a different key, but nobody noticed. It’s like not finding your home, for that brief moment, and it’s very scary. I heard about a pianist who she totally lost her memory, so she pretended to faint. Very clever idea! I’ve had a piano stool, once, that broke, and I fell off.’........................

To read the interview in full, purchase issue 61 today!