In the previous four lessons of this series, we’ve looked at how to improvise in a band situation using backing tracks. This lesson will focus on accompanying yourself, i.e., you will be the bass player, rhythm player and soloist at the same time!

Below shows one of the most recognisable bass lines in music history, played over a 12-bar blues chord progression.

Here’s the same bass line with a popular, if not ‘cheesy’ ending, starting from bar 11-12.

Let’s add some ‘swing’ to it, either using chord tones (bar 2) or repeated notes (bar 4, as shown in the following music).

Now that you have an idea of how a bass line can be played over a 12-bar blues progression, let’s try another bass line over the blues/jazz chord progression found in Lesson 4.

Chromatic passing notes pass through the chord, using notes that are not in the chord or scale. A simple way to use them is by playing a chromatic note either a semitone above or below the root note.

Now that we’ve got a good idea on how bass lines work, let’s add in the left-hand, three-note rootless chord voicings that we looked at in Lesson 4. This time however, we’ll play them in the right hand in the same octave.

Use the rhythms learned in ‘Comping the chords’ as well as your own rhythms over the bass line. 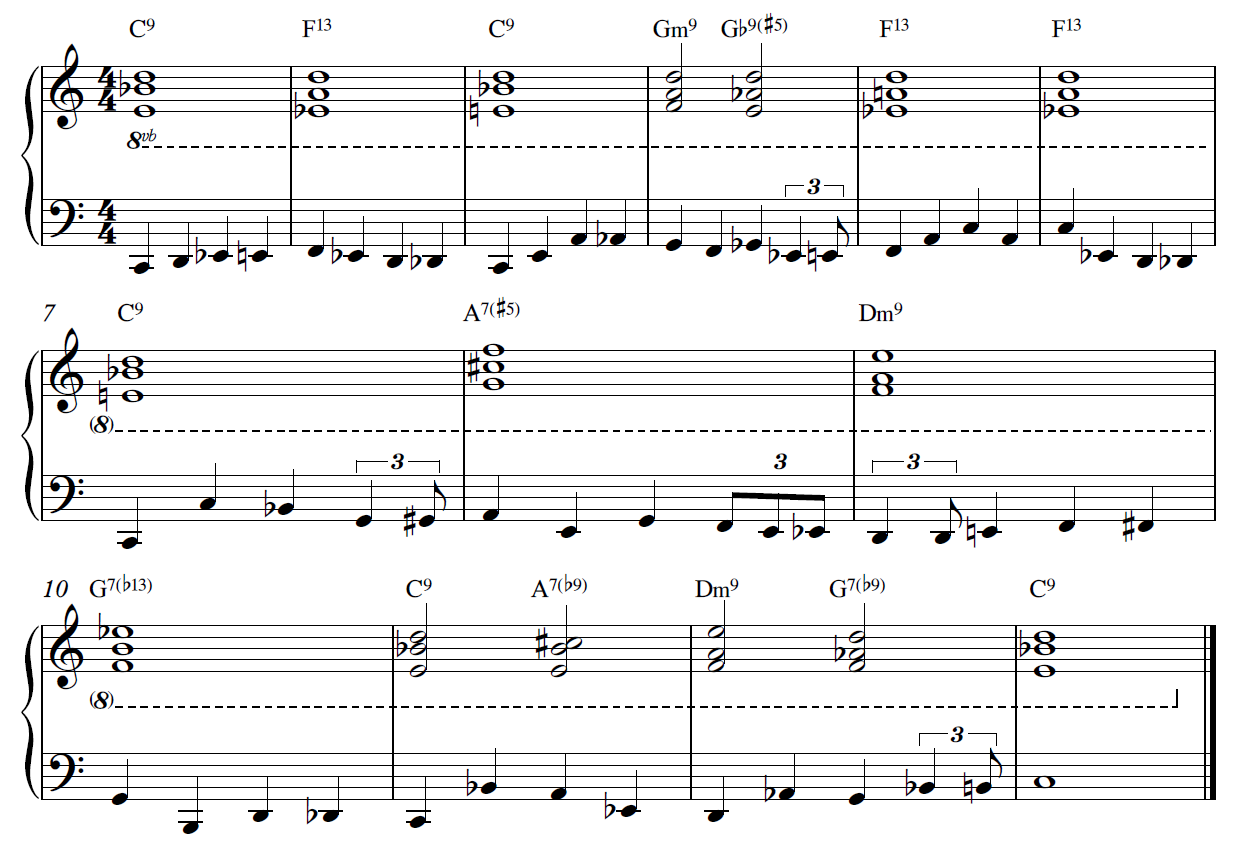 So far in this lesson, we have looked solely at walking bass lines as a method of improvising over chord changes. Another way of improvising with the bass is by using both notes and chords.

A good way to start is by playing the root note of each chord on beat one and a rootless chord on beat three. Use the sustain pedal to create a smoother transition between note and chord in each bar.

Now let’s add in more single notes using either a chromatic passing note or the fifth of each chord on beat four in every bar.

Let’s add a touch of ‘swing’ to it, as shown in the music below.. Experiment using…

Below shows a new blues tune called Walking the Blues, based around the C blues scale and chromatic scale using the root/chord bass line. Once you have played it through without stopping, try… 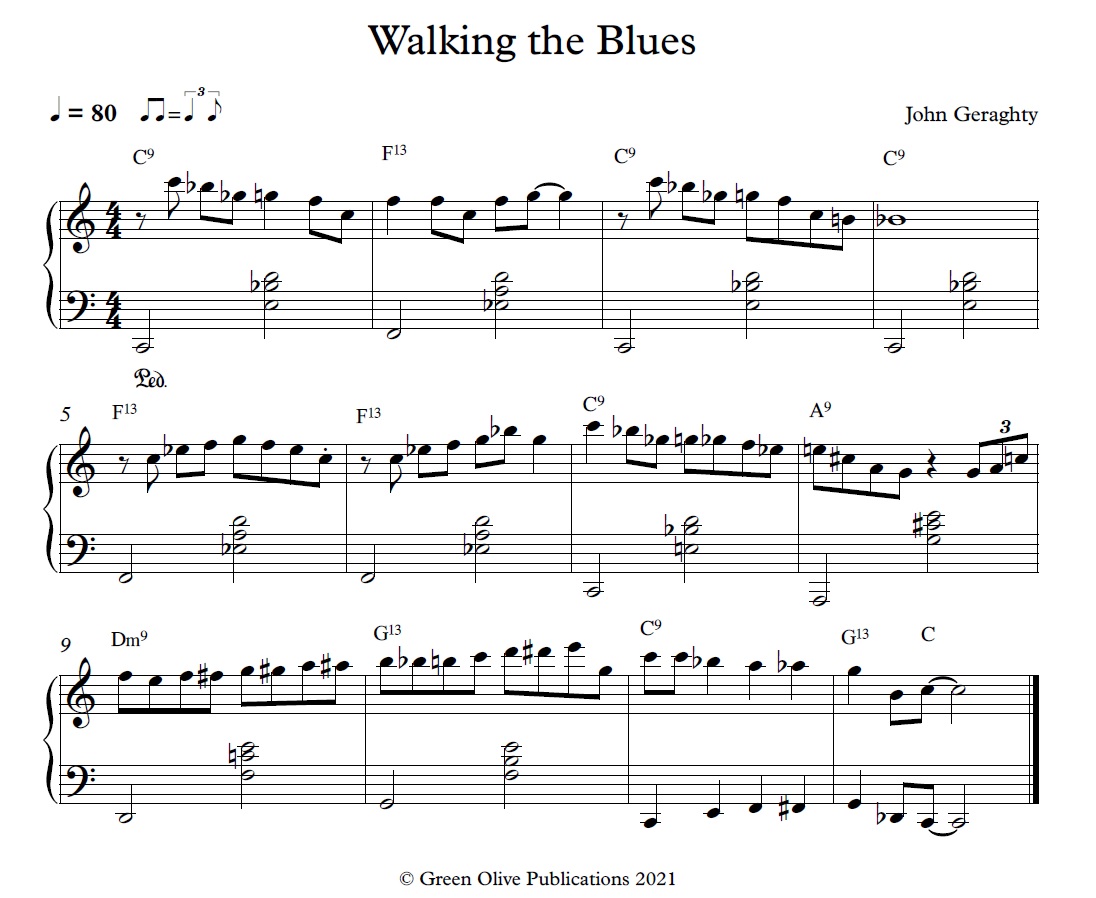 Coming up in Part 6…

Missed out on the first four parts of this series? You can view them below.