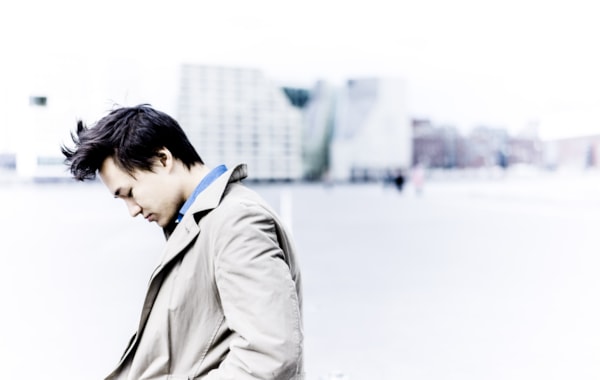 Most people who lie flat on their back on a piano stool, while playing the piano simultaneously lifting their legs up and down (work those abs!) would have problems just trying to play any note in any order. But Louis Schwizgebel does it while playing Bach. Dubbed the “Six-Bach” workout video, it’s been viewed over 1.6 million times on Facebook.

“It was just a joke,” Louis said. “I had no idea it would have this many views, I was just doing something funny and a friend of mine filmed it, it’s the kind of thing you post on social media, I didn’t realise it would have so many viewers!”

In the super league of piano, the New York Times dubbed him ‘insightful’. In 2012, he came second in the internationally renowned Leeds Piano Competition, and made his BBC Proms debut in 2014 with an electrifying televised performance.

He may now perform all over the world, but he has great respect for Leeds.

“Leeds is an important competition, it’s very special and so respected.”

The Swiss-Chinese pianist, born in 1987, puts his discipline down to his Chinese mother, who pushed him into playing seriously but feels ‘more Swiss’, growing up and studying in Geneva.

Back in Yorkshire, launching Harrogate International Festivals’ renowned Sunday Series in January, Louis will play a crowd-pleasing programme of Schubert and Chopin, featuring the favoured 24 Préludes and Schubert’s 4 Impromptus.

“I did this when I first wanted to play a piece that I really, really love and feel a great connection with; Schubert is one of my favourite composers. It’s poetic and it’s the kind of music that would be played in an intimate setting, it’s not a programme for a big concert hall, but has an intimate atmosphere. I hope audiences will be touched by the programme because it’s the type of piece that touches me the most, so I hope I can translate that.”

Louis also hopes younger people will snap up Harrogate Festivals Library of Live scheme, which offers a number of free tickets to experience a live concert to 7-25 year-olds.

“Very often I hear young people say they don’t go to classical music because they find it boring or it’s what their grandparents hear. But it’s not; its music you can enjoy. We have sometimes a prejudice over a certain type of music, ‘it’s for older people’ so we don’t try it. It can be the opposite too - those who only like classical won’t try anything else and never try something different. I listen to everything. I obviously listen to a lot of classical, but also jazz, rock, pop – pretty much everything.”

For Louis, piano was always a no-brainer.

“It was always a huge passion, from the time I started playing I knew immediately I was going to do it professionally. I was always good at it and I found it the perfect instrument because you can play pretty much anything, you can play alone, you learn very fast. Being able to do recitals and bring an audience to all different types of worlds just through this one instrument is fascinating.” 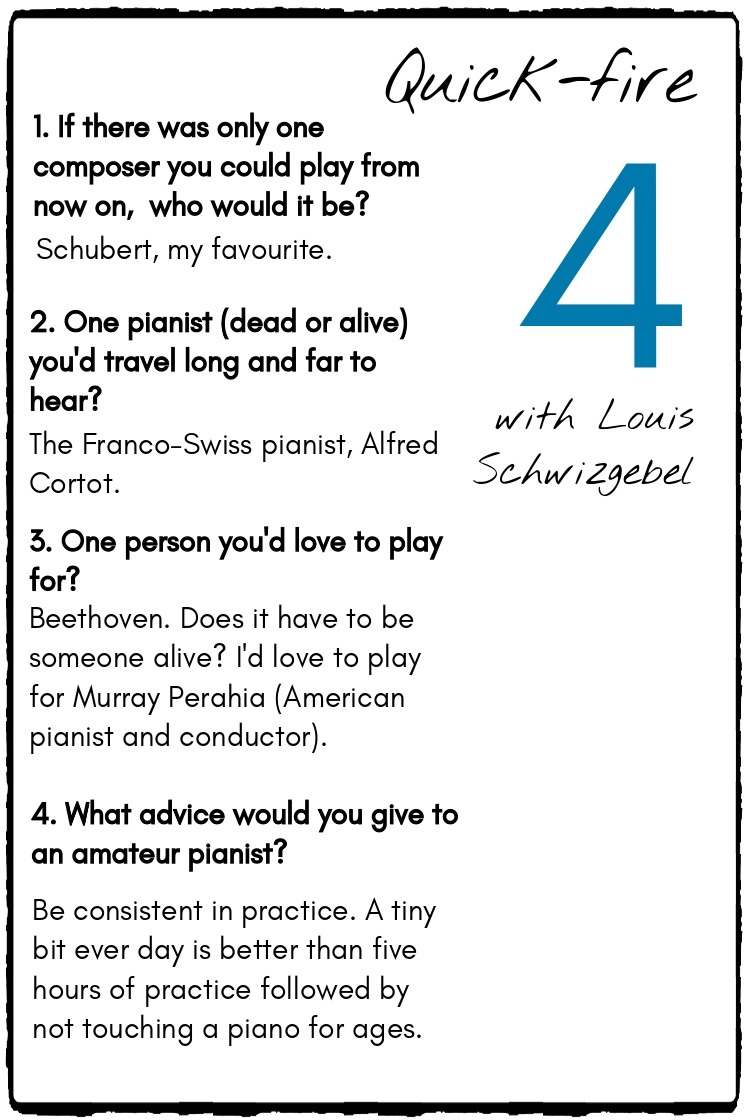 Despite the critics’ acclaim, it is emotion he hopes audiences come for.

“When I know someone has been moved it’s always the best thing, rather than being impressed by the technical ability - when I know I’ve really touched someone is really the best.”