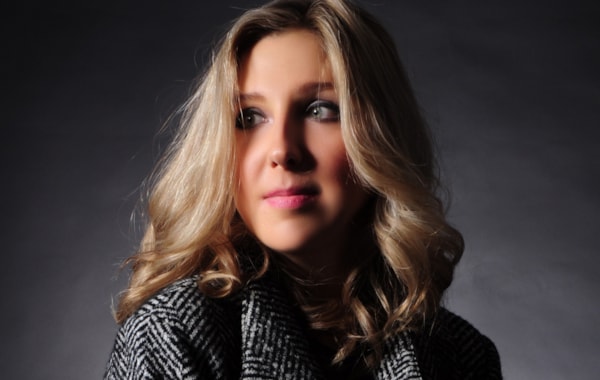 The Russian-born Classical pianist will be performing at the Prokofiev Music Festival on Saturday 2nd February in London. On 3rd February, Yulia will lead masterclasses with students from the London Music Conservatoires. She has curated an "Exploring Prokofiev" lecture-recital at the Pushkin House for the masterclass.

After a chance encounter with Gabriel Prokofiev, grandson of the great Sergei Prokofiev, Yulia Chaplina birthed the idea of the Prokofiev Music Festival. Prokofiev himself, as many of us will know, is regarded as one of the major composers of the 20th Century. His iconoclastic compositions have struck a chord with listeners around the globe for many years. A man who loved to be ruthlessly dissonant and virtuosic in his composing, this festival is crying out for someone who understands his inner workings.

Hailing from Rostov-on-Don in southern Russia – just a few hours’ drive from the birthplace of Prokofiev - Yulia understands more than most.

‘The idea of a curated all-Prokofiev Weekend in London came from my close relationship with the Prokofiev family,’ she explains. ‘It all started in 2016 when I organised a concert of Prokofiev’s music at the Russian Cultural Centre to mark the 125th anniversary of the composer’s birth. Gabriel Prokofiev, the composer's grandson and himself a very popular contemporary composer, came to the concert. Meeting Gabriel, and getting to know him as a friend over the months that followed, put Prokofiev’s music into a very different perspective. It gave me a personal connection with the composer on some level and, helped by reading a lot about the composer’s life, I felt I understood his music on a completely different level. The festival is really to inspire you to listen to more of Prokofiev’s beautiful music.’

With a performance at the Festival coming up for Yulia, she had a monumental number of Prokofiev pieces to choose from.

‘The pieces I have chosen to play are some of my favourite works by Prokofiev. In fact, choosing the repertoire was one of the hardest things about this festival - Prokofiev wrote so many incredible masterpieces. I wanted to play works that are not performed as regularly in the UK… There are a few transcriptions of Prokofiev's music that are really completely unknown not only in the West but also in Russia. We are currently in the process of finalising a recording of all those pieces, found in the library of the Rostov State Rachmaninov Conservatoire.’

After some extensive thinking, she knows exactly what she wants to play. One of them is his Piano Sonata No 9. ‘I have developed a particular attachment [to this piece]. He combines a remarkably gentle, fragile, eternal sound with really aggressive-sounding, mechanical passages that remind me of the day that I visited a Soviet industrial factory as a child. I was mesmerised by the sheer scale of the production process - perhaps not in a good way, but enough to inspire me to connect this memory to my interpretation of the Sonata No 9.' 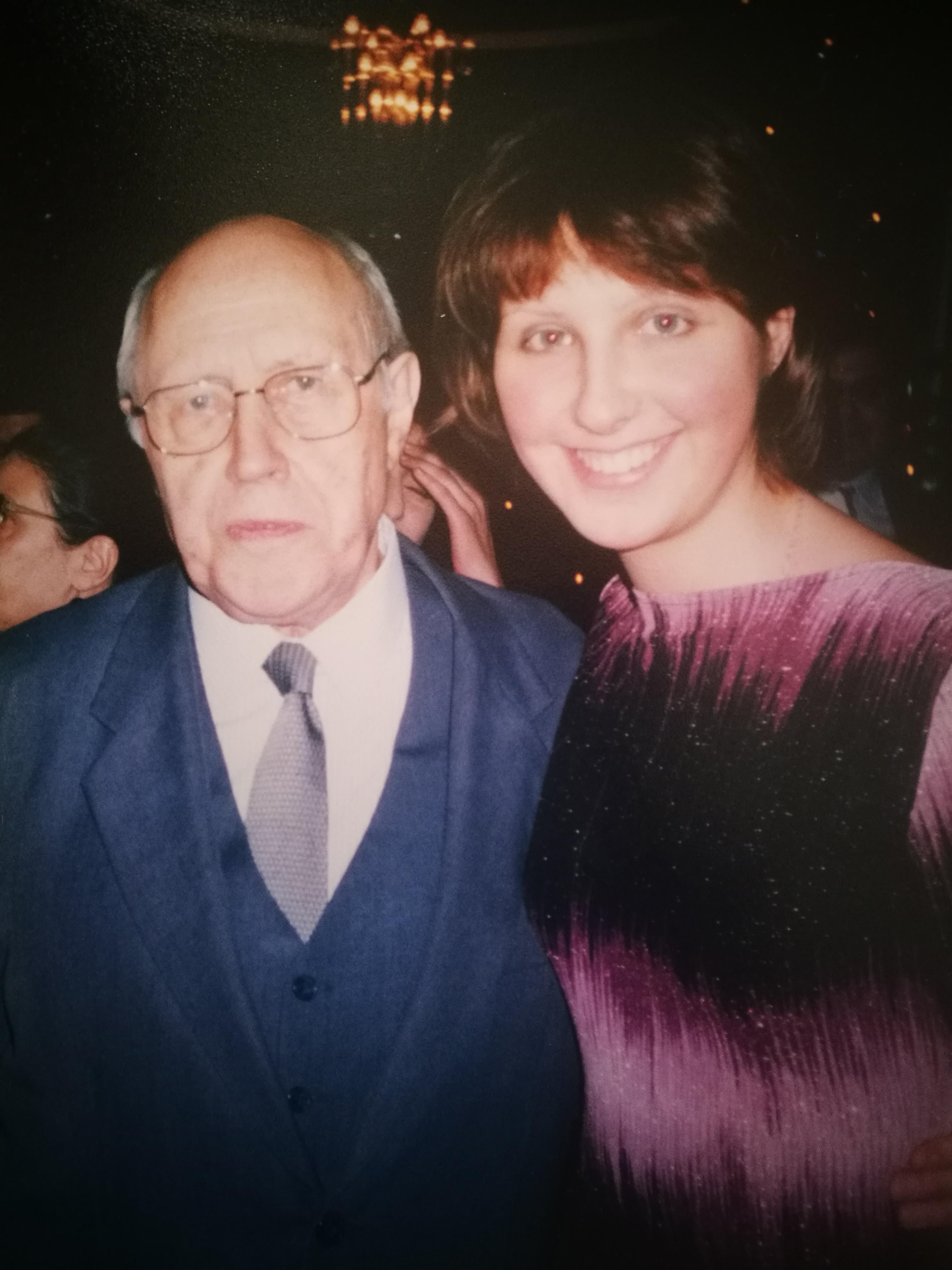 ‘Unquestionably a joy to play,’ she says. ‘I was a scholar of Rostropovich in Moscow and had lessons with him.’ Rostropovich was a famous Russian cellist and conductor. He knew Prokofiev personally. ‘His charisma was unbelievably strong and in fact quite overwhelming as a teenager. He was always extremely kind, full of humour, and made students feel more relaxed playing in front of him with nice comments about your manner or appearance. Prokofiev dedicated his Cello Sonata to Rostropovich. He worked and consulted the great cellist on the score. Knowing Rostropovich personally really makes every performance of this piece a truly special experience, and it makes me feel closer to Prokofiev as a man; not just as a composer.’

Yulia has remarkably won seven international competitions – a brilliant feat for any pianist. Some of her wins include the Maria Yudina International Piano Competition (Russia) and the Tchaikovsky International Competition for Young Musicians (Japan) - the junior version of the larger, more well-known competition. After asking which of her wins she most enjoyed participating in, she shared some truths about the reality of competitions.

‘I guess there isn't a piano competition I really enjoyed participating in,’ she admitted. ‘Competing is really quite a stressful thing for me and doesn't give me much pleasure. You just have to do it to get noticed and to get good concerts - this is what they are there for.’

Pianist cover star Eric Lu can certainly back that claim up. Inside issue 106, he talks about the challenges and pressures he faced when entering the Chopin Competition back in 2015.

Yulia continues, ‘I really enjoyed participating and preparing for a composers' competition when I was 9 years old in my home city of Rostov-on-Don. I was not an ambitious composer and took no lessons but, to the astonishment of my teachers and parents, I took 3rd prize. I don't compose now, but I do like to improvise.’

Yulia beams with passion and pride when talking, and clearly holds a soft spot for the works of Prokofiev. A magnificently memorable Prokofiev performance by this Steinway artist awaits us this weekend in London. Don’t miss out; get yourself a ticket here.

1. Name one pianist/composer, dead or alive, that you’d love to play for.

‘Playing for Rachmaninov would have been unbelievable. Horowitz also, but terrifying as well as he would likely say straight out if he doesn't like something, where I think Rachmaninoff would have been generous in his comments even if he didn't quite agree with everything I played. Also, I would like to play for Murray Perahia. He a fabulous pianist.’

2. What advice do you have for pianists who are trying to overcome struggles with their technique?

‘Find a comfortable wrist position for playing. Adjusting its height to your convenience is really the key to success in many compositions.’

3. You’re going to be playing in the Purcell Room at the Prokofiev Festival. What’s one venue that you’d love to play in?

‘I haven't played much in America at all. I would love to play at Carnegie Hall, as well as at the new Elbphilharmonie in Hamburg.’

4. One composer you aren’t quite ready to tackle?

‘I think I would be terrible at playing Ligeti or anything similarly rhythmical. Complex rhythmical patterns don't come to me very naturally. Also, I feel a little bit "too young or naive" for late Beethoven Sonatas. They are so philosophical and address questions about the whole of humanity - I don't feel ready to tackle those questions yet.’

5. What’s one technique you find yourself struggling with?

‘I have been really fortunate to have fantastic teachers in Russia, Germany and the UK. Apart from occasionally tricky places, I am lucky not to struggle with technical issues. However, I don't have the necessary patience to learn "Feux follets" or Chopin's Etude No.2. Life is too short, but that's my very personal opinion and I admire people who can put in the hours to learn those two works!’