Solo and chamber musician Irina Botan sits down with Pianist 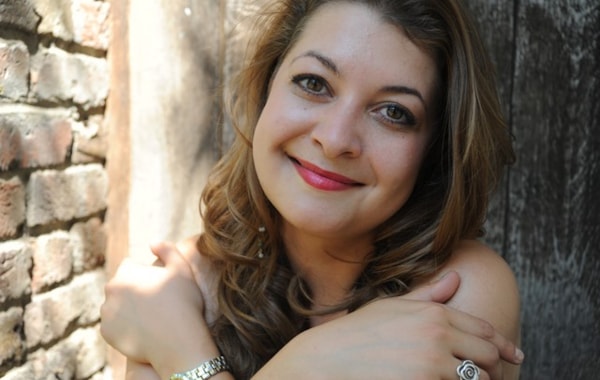 In 2012, Irina Botan took the plunge; she set up the Highgate International Chamber Music Festival with friends Ashok Klouda and Natalie Klouda. Six years on, the festival is stronger than ever.

‘I think young people need to set up their own projects and be flexible and imaginative while they are building their careers.’

In the heart of London, England, the 7th annual Highgate International Chamber Music Festival (HICMF) is currently taking place. With performances from the likes of cellist Sheku Kanneh-Mason, and pianists Wu Qian, Simon Callaghan, and Irina Botan, the week-long festival has already delivered some stellar performances. Solo and chamber pianist Irina Botan is the Co-Founder and Director of HICMF.

We sat down with Irina and delved into why exactly she set up this fantastic festival, what audiences can look forward to throughout this week, and she also offers some key advice to young pianists pursuing a similar career.

1. What inspired you to set up the Highgate International Chamber Music Festival with Co-Founders Ashok Klouda and Natalie Klouda?

‘Our story began in the spring of 2012. We have been friends and colleagues for many years. In fact, Natalie and I first played together as teenagers, when we were both students at the Yehudi Menuhin School. We all share a deep love for chamber music and have often thought about setting up a festival. We met for dinner at the Flask, a cosy pub in Highgate, right opposite St Michael’s Church where the opening concert this year will take place. We talked about our goals and it quickly became apparent that founding a festival is something we should do together. A few months later the first Highgate Festival was born. We had no funding and took the plunge with no experience but a lot of enthusiasm. Despite all odds, the festival has been embraced by audiences in North London and is now in its 7th year.’

2. How did your career as a pianist help you curate the programme for HICMF?

'As I have been lucky to perform in a number of other festivals, I have learnt what works and what does not. I try to bring that experience to HICMF. As far as programming is concerned, we normally have a mix of much-loved chamber music pieces together with lesser-known, yet still very interesting, repertoire.'

3. What else can audiences look forward to at this year's HICMF?

'This year we are very excited about the wealth of great repertoire being performed, as well as the wonderful musicians. We are delighted to be the hosts of top players such as Sheku Kanneh-Mason, Julian Bliss, Alexander Sitkovetsky, Chi-chi Nwanoku, Alina Ibragimova and many others. We have also planned a concert interspersed with poems recited by actor Simon Callow.'

4. As a pianist, you've been performing at concert halls around the world from a young age. Can you give any advice to young pianists pursuing a similar career?

'The music profession is extremely competitive. Nowadays, there are so many musicians but, at the same time, there are fewer performing opportunities - especially in a climate where so many music societies and similar enterprises are closing down. My advice is to work really hard, both in and out of the practice room. I think young people need to set up their own projects and be flexible and imaginative while they are building their careers. A healthy dose of optimism always helps.'