Read our interview with Jerome Rose, founder of the New York Keyboard Institute and Festival 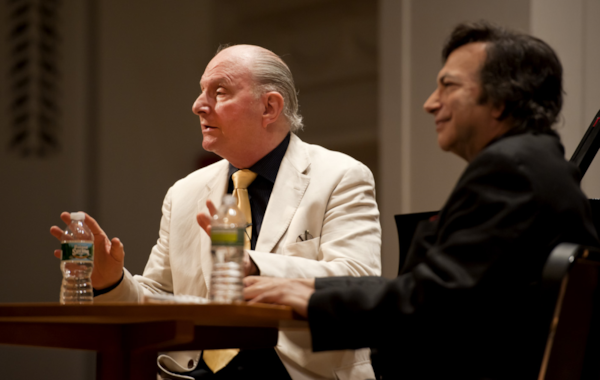 Talk Jerome Rose, pianist and founder of the International Keyboard Institute and Festival, and he will give it to you straight: ‘The festival is in its 18th year, and we’re a staple of New York City musical life.’

This might sound like brash New Yorker attitude, but he’s probably right: critics and audiences seem to have taken this two-week long festival of all things piano to their hearts. The International Keyboard Institute and Festival (IKIF) is a ‘perennial favourite among piano aficionados’ said the New York Times, while the New Yorker pointed up the IKIF’s ‘tantalizingly, innovative and robust concert programs from a variety of international virtuosos, up-and-comers, and local heroes.’

Indeed, by all reports, a large part of the appeal of the IKIF is this annual coming together of established performers, the young-and-up-and-coming (several recent competition winners, such as George Li, who was a laureate in the Tchaikovsky, will take part this year), amateurs and general piano nuts. The variety of ages helps too, ranging from 12 to 80, says festival director Julie Kedersha.

It’s Kedersha’s challenging job to keep tabs on the 125 participants and 20-30 teaching staff, who collectively take over the music department of New York City’s Hunter College every July. Her task must be made harder by what Rose calls the ‘open door policy’ of the IKIF. ‘You’re not assigned to any teacher, you can study with anyone,’ he explains. ‘You can walk in and out of a room if you want.’ Though presumably not in the middle of your lesson.

Rose claims his programming comes from telling the guest artists, ‘play better than you did at Carnegie Hall and play whatever you want’, an approach that does lead to some diversity – and some playfulness. Rose persuaded concert pianist Dmitry Rachmanov to present a programme about Sergei Rachmaninov (no relation) and he put together an orchestral ensemble for the festival and dubbed it the Jäger Meisters Chamber Orchestra (‘Jäger’ means ‘hunter’ in German). I’ll drink to that.

More seriously though, Rose is keen to fête the great keyboard masters of the past and present, including those whose careers have, perhaps, deserved more attention. This year the IKIF features the French pianist Philippe Entremont, 75 years and basking in the light of a long career of French music and Chopin. Rose also has tributes to past keyboard masters such as Paderewski and Gilels.

Entremont’s recital (23 July) will be heavy on Chopin and French works, including Ravel’s Sonatine and ‘Alborada del gracioso’ from Miroirs. Geoffrey Burleson, who is recording Saint-Saëns’s piano music for Naxos offers a diverse recital with music by that composer. Other confirmed recitals so far are from Stanislav Khristenko, Jeffrey Swann and Magdalena Baczewska, with Rose himself on the opening-night spot.

Rose has had a distinguished teaching and performing career (as a youngster in California he studied with Adolph Baller, mainly recalled now as Menuhin’s pianist). He was a young man when the idea of the festival came to him: ‘When I was 17 going on 18, I had a transformative experience going to Marlboro [the famous Vermont chamber music festival], played with Casals and Sascha Schneider, and I wanted to create a similar thing in the piano world.’ Rose, it seems, is in his element with IKIF.

If the concerts and classes aren’t enough, Rose adds, there are also the ‘beautiful acoustics’ of the Hunter College concert hall, the many available practice rooms, the Yamahas and Bösendorfers on tap, and the interesting lectures. By the end of my phone call with Rose, I’m nearly ready to reserve my place in his big city, big passion piano fest.