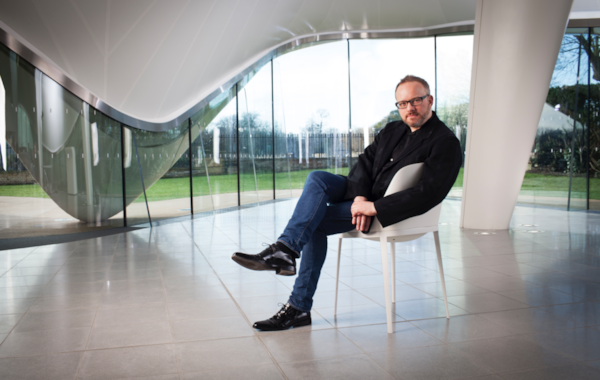 With the UK premiere of Harrison Birtwistle’s 'Intrada' taking place on 19 April 2018, the pianist talks about his passion for contemporary music.

Nicolas Hodges talks to Pianist about his passion for contemporary music, and how it’s crucial to introduce it to the aspiring young musician as early as possible.

My father – a keen amateur musician – had some piano pieces by Stockhausen and a book by John Cage on the shelf, probably before I was born. And the house was full of recordings and scores of Bartók, a favourite of his who while not ‘contemporary’, is not exactly ‘standard repertoire’ either, even now. I remember already hearing Stockhausen’s Kontakte in a music lesson at prep school at about age 12. I was composing by then, not sure how that happened, and composed continuously until my mid-20s. Performing music with a composer’s understanding, even an ex-composer like me, is rather different from the norm I think.

In my teens, there were lots of influences. My father took me occasionally to free improvisation gigs, an area he knew about from his friend Michael Gerzon. And ‘Music in our Time’ on Radio 3 was a wonderful source of new sounds.

I had a great friend at school, a year above, who introduced me to Boulez, Finnissy, Barraqué, Nono and much else. A highlight in this relationship was when we played Messiaen’s Visions de l’amen and Boulez’s Stuctures, Livre II – both for two pianos – in a school concert on my 16th birthday. (When I told Boulez this years later, his eyebrows shot to the ceiling in surprise!)

Another one of the clinchers was studying with Morton Feldman at Dartington in 1986. I had gone to study with Vlado Perlemuter, but had brought the wrong repertoire. I had Schubert D959, he only wanted to teach Ravel… His concerts were wonderful though. So kicking around Dartington I saw Feldman was there and got onto his course. It was a baptism by fire, being around such a strong personality. Despite my youth and almost total ignorance, he was very kind to me. In a break I asked a childish question to him in private: What should one say to someone who can’t take Cage’s 4’33” (the silent piece) seriously? He stopped walking, closed his eyes, his finger to his tongue inquisitively, and thought for a while. ‘Without Cage’s piece, nothing we did after would have been possible.’ As well as being a kind of historical reality for Cage’s students and friends, it emphasized to me the role of permission or lack of restriction – something my father had also given me.

The cherry on the cake of my school time was that the school accepted our request that they employ Michael Finnissy as our composition teacher. He was a marvellous teacher, and his example in the years following has been, and remains, exemplary. One of our greatest composers, he remains ridiculously undervalued in the UK. His artistic and personal integrity is second to none, and there is really so much dross in the UK music world: we need him.

You will give the premiere of a new work by Harrison Birtwistle this March. He is a composer with whom you have a long-standing relationship – I believe he once called you his ‘muse’. Could you tell us more about how this came about?

In my teens, there was a school trip to see the world premiere of his opera The Mask of Orpheus. I can still remember much of that evening in detail. Harry’s influence on concert life in London around then was considerable, and I attended many other premieres of works which are now considered classics. I first met him in 1987. I had heard from Bill Colleran that Feldman was seriously ill. The next day I saw Harry in the foyer of the QEH and accosted him to ask for news, knowing they were friends. He told me: ‘Morty died earlier today. Is there anything else you’d like to know?’. I slunk away.

We were properly brought together the next decade by Andrew Rosner, who by then was my manager (and his, of course). I played all his piano music and concertos in short order, and I am still the only person to have done it all. One of the highlights was digging The Axe Manual out of its early grave and finding a pulse. It had been withdrawn after the premiere tour, which was not a huge success, but the score looked magnificent to me. I begged and eventually was allowed to perform it. All went well, and I think Harry from then on saw me as someone who really cares about his music, and knows what he means by what he writes.

You’ve given countless world premieres over the years and worked with some of the world’s greatest composers. What tips would you give a young pianist when they first explore new repertoire?

Openness is the key. As I said before, there must be permission, lack of restriction. And it must start early. It’s simply too late to teach contemporary music first at conservatoires. People have to be exposed to it constantly from the beginning. I was lucky in that respect, but music educators need to step up and bring a broader world of music to more kids.

In your role as a professor at the Musikhochschule Stuttgart, you must guide many young artists on their musical journey. What do you feel young pianists can learn from studying contemporary composers?

Teaching Beethoven and Stockhausen to the same student brings a perspective which is dramatically different from the airless world of music-as-entertainment in which classical repertoire mostly finds itself. The same goes for my own recital programming, which often aims to mix classical repertoire with contemporary works. Perspective is necessary in both directions.

You’ll be returning to Gerald Barry’s Piano Concerto later this Spring, which was originally written for you. Can you tell me what you’re most looking forward to about this?

Oh, well, it’s a fantastic piece, so much fun and so colourful and in the end so tragic. So just being at the piano with that will be a joy. And working with Tom and Gerald is always a big pleasure. What could be better than bringing the piece to new audiences with them and the Britten Sinfonia?

Your career sees you perform over the world, with countless orchestras and ensembles. How do you cope with the pressures of life as soloist and member of Trio Accanto?

How do I cope with pressure? I don’t know. I just get on with it.

The trio is very important to me. I’ve never been in a fixed chamber group before, and it’s a whole new experience. We play a wide range of contemporary repertoire, and my colleagues Marcus Weiss and Christian Dierstein are marvellous, so experienced, so virtuosic and above all so different from each other, and from myself! This is for me when chamber music gets really interesting: coming to terms with how one’s interpretation differs from that of respected and beloved colleagues.

Building repertoire with such a group is a unique opportunity. We are particularly looking forward to a piece from the British composer Rebecca Saunders next year.

Not to worry so much.