ARCHIVES: The late Lars Vogt on his calling for conducting, his love for football, and more The German pianist sadly passed away on 5 September. Back in 2016, he starred on the cover of Pianist and gave an in-depth interview inside. As a tribute to him, we've re-published the interview in full below.

Watching someone you’re accustomed to seeing at a piano playing a concerto instead of standing on a podium conducting an orchestra can be a bewildering experience, but that’s what I experienced recently when I saw Lars Vogt in concert. The celebrated German pianist has recently taken up the post of music director of the Royal Northern Sinfonia (RNS) and I’ve come to their home base at the Sage, Gateshead, to see how he’s getting on.

Rather well, from the look of it. While the concert contains an outstanding performance (conducted by Vogt from the keyboard) of the Mozart D minor Piano Concerto – lit from within by a light-footed approach to tempo and a gorgeously tender, singing tone – it also held a special treat in the form of Haydn’s Symphony No 103, the ‘Drumroll’.

It’s a work requiring, like so much of Haydn’s music, a special mix of intelligence, freshness, clarity and wit. Early in his career Vogt showed a strong affinity with Haydn in his recordings of some of the piano sonatas (for EMI) and you can hear the same qualities in his conducting of this symphony. Vogt’s personality, indeed, has more than a little in common with Haydn’s. Everything, for him, is about friendship, humanity and sparkle – and his music making is filled with affectionate, genuine joie de vivre.

How did he come to have the RNS job? "I sometimes wonder about that too," Vogt laughs. "In the last five years I’ve been conducting much more and I had a few experiences where I understood I love it so much, that I just want to try, explore it and see what I can do with it. I remember calling my agent at Askonas Holt and saying that I’m happy to go anywhere to get the experience. After that, one of my first high-profile gigs was here at the Sage."

He had appeared as soloist with the RNS previously: "I knew how good they are and I was a bit nervous, but I thought that hopefully they might invite me again. But my agent came to the concert, went backstage and later told me, 'They like you. They like you a lot. They want you to be their music director!'" 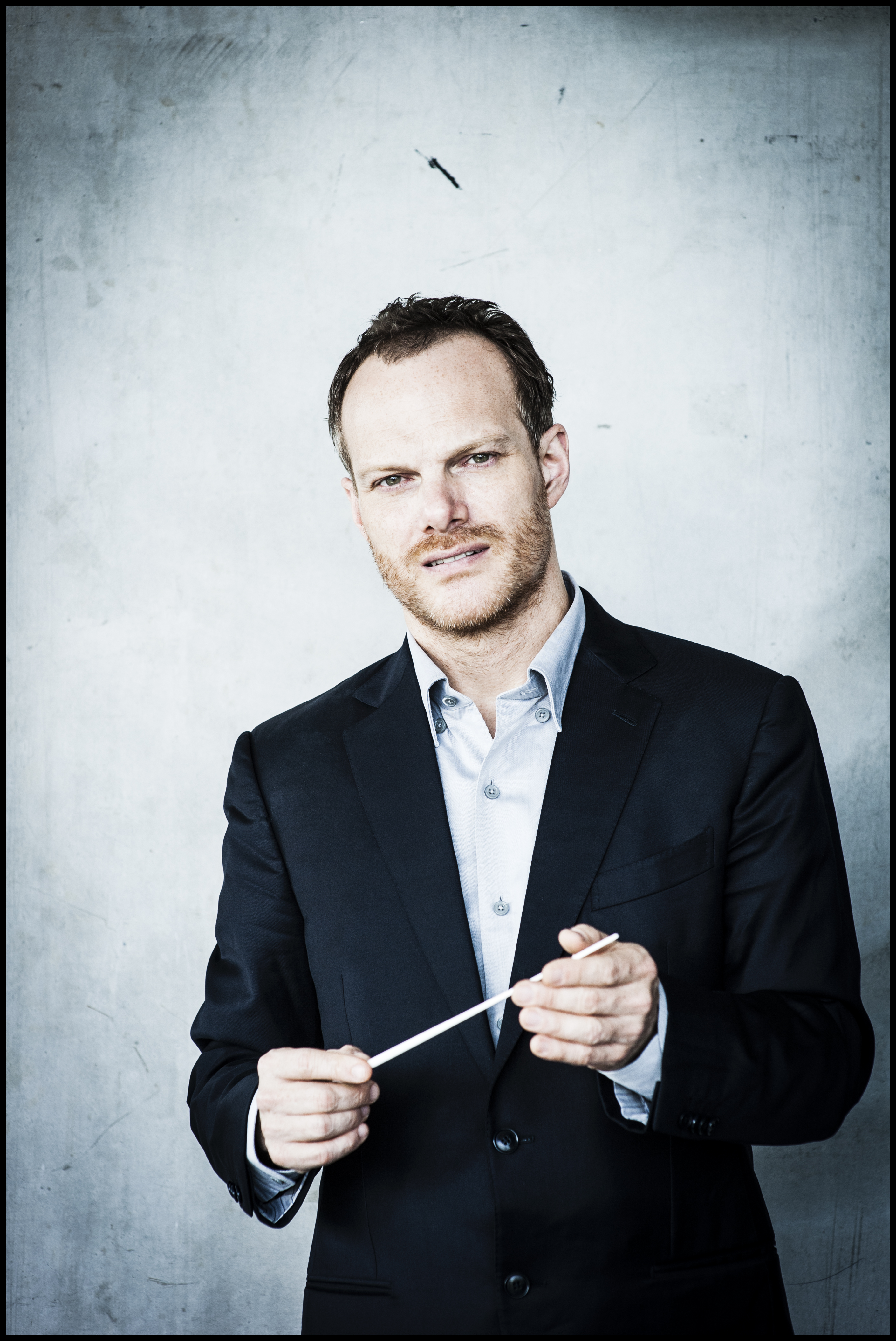 "In the last five years I’ve been conducting much more and I had a few experiences where I understood I love it so much, that I just want to try, explore it and see what I can do with it."

Taking over from the previous incumbent, the violinist Thomas Zehetmair, was a tall order, Vogt adds. "He did a fantastic job here – it’s very hard to follow." His admiration and fondness for the orchestra knows no bounds. "What makes them so special is their total openness, an incredible stylistic awareness and real emotional involvement. I’ve come across so many world-class orchestras where everyone can play wonderfully, but which of them really feels the drama and joy of the music? Here it’s everybody. Literally everybody."

The Sage, with its enviable location on the riverside and its unmistakable multi-bubblish design, makes a splendid home: "It’s one of the best halls – a wonderful performance and rehearsal space," Vogt says. "But it’s so funny that for me the life-changing moments always happen in the north of England."

A love affair with the North

The first instance of that was, of course, the Leeds International Piano Competition in 1990, where Vogt won second prize. Artur Pizarro won first prize – "He’s a wonderful artist and a hilarious guy and we’ve been great friends ever since," Vogt enthuses. He himself was very young at the time: "19 when the competition started, 20 when it finished." But a prize in itself is useless without follow-up and it was a particularly special friendship which began there that helped to propel the young star into the limelight: Simon Rattle was conducting the competition final and soon musical sparks were flying between them.

Lars Vogt plays a Schumann Concerto, alongside conductor Simon Rattle and the CBSO, at the 1990 Leeds International Piano Competition

"It was one of the first times in my life that I felt such a total, immediate 'click'," Vogt remembers. "There was complete understanding. I was so young, but I sensed Simon felt this too and that he knew he could go quite far in the Schumann Concerto with me, suggesting quite radical things – for instance, staying in tempo in the appassionato part of the first movement, rather than dropping the tempo as is usually done. I told him I could do that, I absolutely love it, but I might not be able to play all the right notes – and he said, 'I’m so sick of all the right notes!' He was incredibly sweet and supportive; after the rehearsal, not even the performance, he said: 'We’re going to do a lot of concerts together'. How lovely is that?"

By the time he reached the Leeds, Vogt had had to sacrifice another passion, second only to music – namely, football. He was born in Düren in the Rhineland area of Germany ("not far from Beethoven," he says). His father was an engineer, but as a youngster had funded his studies by playing football for the local Düren team, which reached the second division while he was there.

"My elder brother and sister and I all did both sports and music," Vogt remembers. "My father took me to football matches and my mother took me to music. I loved playing football and it was really difficult to give it up." The issue, he adds, was not only that he had to be careful with his hands; also, when he became a student of the famous professor Karl-Heinz Kämmerling in Hanover, he would have a three-and-a-half-hour train journey in each direction on a Saturday, which meant he could not commit his time to football practice.

Kämmerling, who died in 2012, was a towering presence among pianists and often served as a jury member in international competitions. He made a powerful impact on Vogt, though the course of his studies was far from easy. "I loved him," Vogt says. "We had a very close connection, even though he could sometimes give me a hard time and always really challenged me. 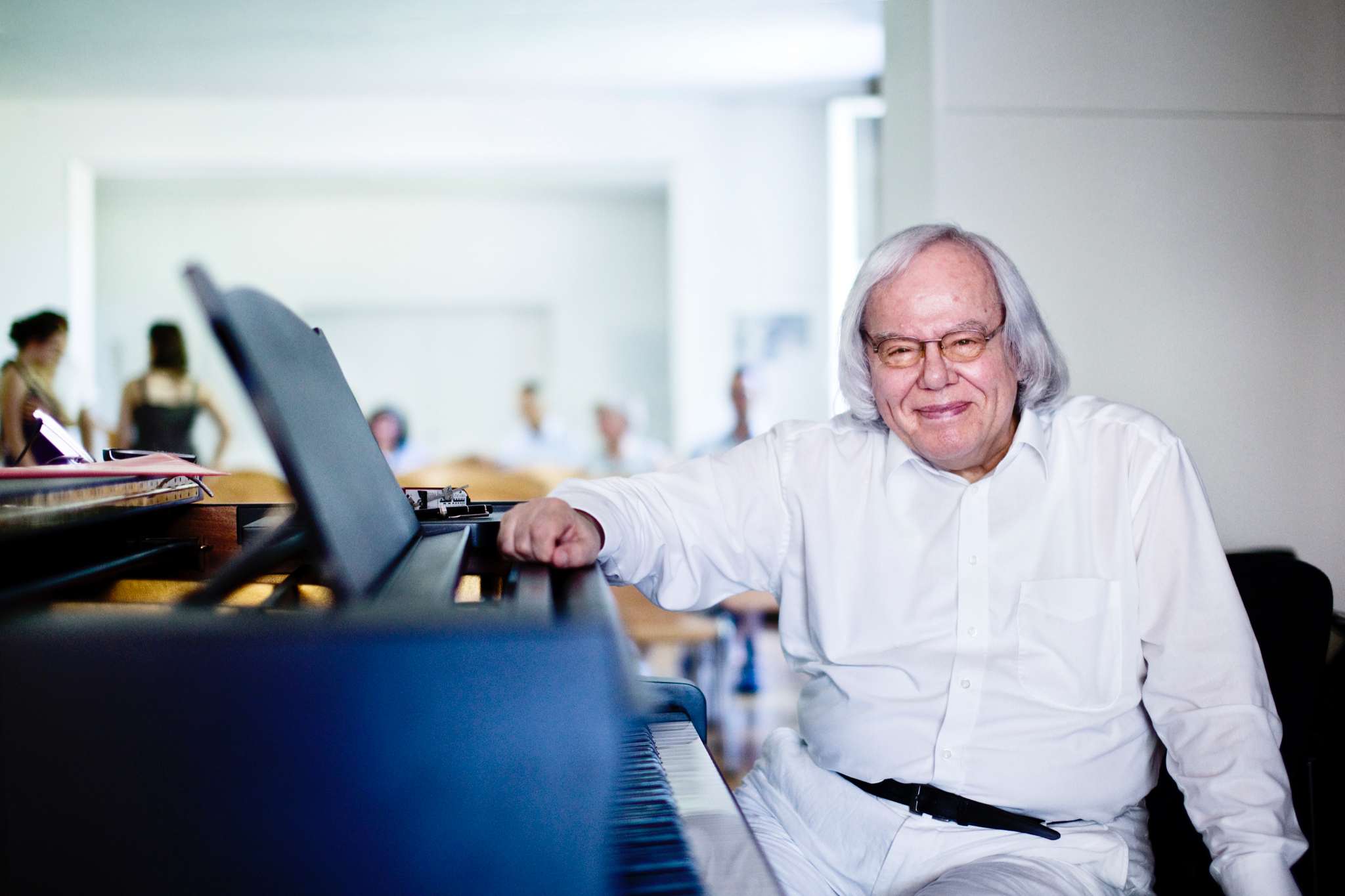 Vogt was taught by Karl-Heinz Kämmerling from a young age, and continued to receive lessons from him right up until the teacher's death in 2012.

"My first teacher was very artistic, but gave me less technical grounding, so when I went to Kämmerling he wanted me to develop that. He started giving me more challenging pieces, like the Schumann ‘Abegg’ Variations. I remember coming to my second or third lesson on that piece, and he said to me: 'This hasn’t developed very much and I don’t want to waste my time here.' That was grim! I couldn’t say that to a student. But you always knew he was really involved – and eventually this became not only a very strong artistic relationship but also a real friendship.

"I had my last lesson with him only a few months before he died. We’d kept the working relationship and if anything he became even more strict towards me – he once said, 'You have to excuse me, but when you’re getting older things become more urgent.' As so often, you only realise later how much you’ve learned." Today, Vogt himself has a post in Hanover’s Hochschule für Musik, Theater und Medien, and teaches in the same room that Kämmerling formerly used.

One day when he was 18, Vogt was on his way to Hanover for his lesson and found a seat on the train. He then noticed that the young man beside him had a violin case. After a few minutes of chatting, he realised that his travelling companion was "no ordinary violin player". It was, indeed, Christian Tetzlaff. Four years Vogt’s senior, Tetzlaff was already established as an exceptionally exciting young artist. A few years later they worked together for the first time – and they have been regular chamber music partners and friends ever since.

"We did a couple of recitals for the first time around 1996," says Vogt. "I learned the Bartók Violin Sonata No 1 for that." This piece has one of the most notoriously difficult piano parts in the entire violin sonata repertoire: "It kept me busy for weeks and I still find it hard after all those years! But I love it. Christian has opened several musical worlds for me – and Bartók was one of them.

"The next thing was the start of my festival in 1998: he was the first person I called up and asked if he’d play there. He said, in the spirit of adventure, 'Sure, I’ll be there'. And he’s been there every year since.”

Vogt’s Spannungen (‘excitements’) Festival takes place annually inside a power station that was built in 1904. "At that time people wanted to make even very functional buildings look beautiful," says Vogt, "and you can feel their pride in having something as radically new as electricity! It’s an amazing place. There are still two old turbines that are there for museum purposes and we have the stage between them, so it creates a strong image of energy." Spannungen takes place every June and consists mostly of chamber music – played by a glowing array of top-level artists.

Vogt may credit Tetzlaff with opening new worlds to him, but together they found an unexpected open door last year when a video of them went viral on the internet – not so much because of the music, but because of their page-turner. A draught during a concert in Bremen blew pages off both their stands, but the violinist Anna Reszniak, who was on turning duty, retrieved them with such calm aplomb that the video proved irresistible and has had thousands upon thousands of views.

Still, Vogt’s playing remains irresistible in its own right. The podium may beckon, but his first love remains the piano; he says his time still divvies up his time 3-1 in favour of the instrument. And each art can help the other. "One of my big quests on the piano is to avoid too much that is 'vertical', because piano is so vertical, with the hammer going bang onto the string," he says. "The key transfer, for pianists, is to sing, to sound like a singer or string or wind player. My approach to the keys is anyway quite 'loving', trying to be in tender contact with them, definitely not vertical – and even when it is vertical, trying to get the sound out of the keyboard rather than into it."

All of this, he says, benefits his conducting. It also describes the qualities that shine out of his recent recording of the Bach Goldberg Variations; released last year [2015], it was a runaway hit, rather to Vogt’s own surprise.

Vogt remains deliciously irrepressible: he somehow manages never to lose his fresh and passionate approach to the piano and to music. Catch him whenever you can.