With the Russian appearing on the cover of issue 122 of Pianist, we thought we'd go through the YouTube archives and find a selection of his best ever live performances for you to enjoy

At just 19 years old, Trifonov was already blowing audiences away with his sheer mastery. The above performace came at the second stage of the XVI International Chopin Piano Competition.

He went on to claim Third Prize, behind winner Yulianna Avdeeva and runner-up Lukas Geniušas.

With the Israel Camerata Orchestra conducted by Avner Biron

Trifonov's above Mozart performance came at the prestigious Arthur Rubinstein Piano Master Competition back in 2011, which is held every 3 years in Israeli city of Tel Aviv.

No surprises here that he took home 1st Prize.

Sadly, the owner of the original source of this video has disabled playback viewing. The above video is a lower quality version, however it's just too good a performance to not include!

3. Rachmaninov Variations on a Theme of Chopin Op 22

Another out-of-this-world performance from the Russian, this time in Castelfranco Veneto, Italy.

One user comments, "With every Trifinov video I watch, and there have been many, I'm convinced we are in the presence of sheer brilliance! His technique and physical skills are among the best ever." We have to agree.

NPR Music's Tiny Desk Concerts have been running for several years now, and have featured some of the world's biggest artists: Alicia Keys, Coldplay, Billie Eilish and fellow classical pianist Igor Levit have all appeared on the Youtube channel for the last few years. Now it was Trifonov's turn.

His 15-minute set features plenty of Chopin-inspired music (works by Chopin himself are paired with Chopin tributes from the likes of Grieg, Schumann and others), before finishing up with Mozart's Don Giovanni.

Daniil Trifonov appears on the cover of issue 122 of Pianist. Inside he talks about reinventing Bach, lessons with legend Sergei Babayan, and how he approaches piano playing in an organic way. 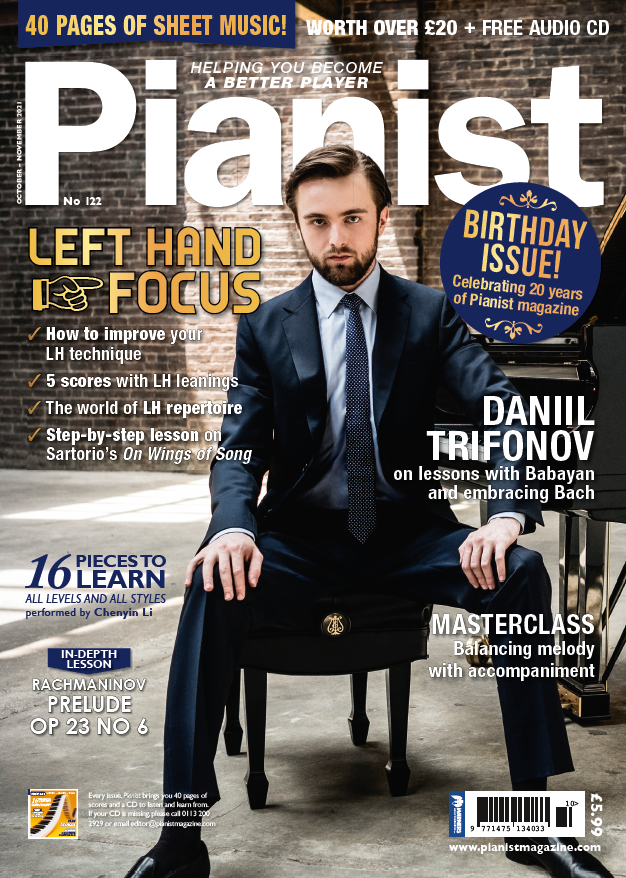 *As an Amazon Associate, we earn from qualifying purchases