The young American pianist reveals the meaning behind his latest album, his practice secrets, and his advice for other pianists out there...

At just 23 years of age, Christopher Jessup has already achieved an impressive amount.

As a pianist he’s performed at New York’s Carnegie Hall numerous times, toured around Europe, recorded for several record labels, and performed with the likes of the Camerata Artists Orchestra in New York and the Virtuosi Brunenses Orchestra in Italy.

As a composer, his works have been played by some of the classical industry’s top talents; Hélène Grimaud, Jeffrey Zeigler, and the Juilliard Orchestra to name but a few.

The Juilliard graduate has recently released a new album of piano solo music titled ‘The First Movements’, which also includes one of his own compositions as a bonus track. In a unique move, he decided to record only the first movements of a selection of pieces – and with good reason. 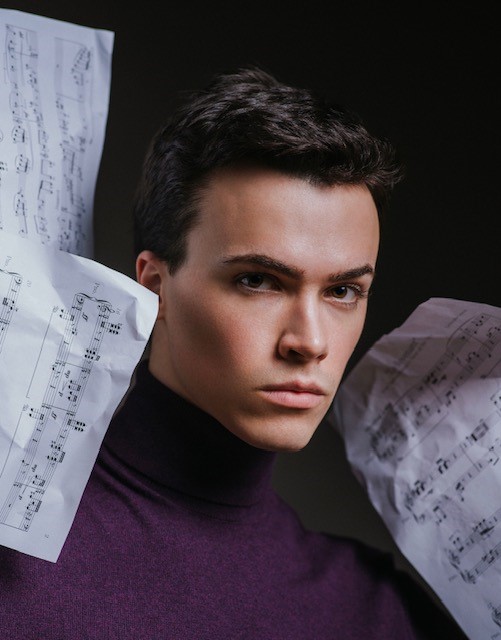 "[Haydn's] music resonates with me, and I always feel a sense of refreshment and satisfaction while playing one of his pieces."

“I wanted to give listeners a ‘tasting menu’ of both the composers themselves and myself as a pianist,” he explains. “The album is intentionally short – it is geared towards those who are less familiar with classical music and may not be ready to listen to piano sonatas in their entirety yet. Perhaps with a glimpse of just one movement, listeners will become inspired to explore the whole sonata later on.”

‘Tasting menu’ is certainly an accurate description. Looking down the album track list, we see bits and bobs of the greats: Some of Haydn’s Keyboard Sonata in B minor, Parts of Bach’s Italian Concerto in F there. It's akin to the act of window shopping; getting a taste for something without yet making an investment.

Not only is it a tasting menu for the great composers, it also gives an introduction into the compositional brain of Christopher himself. The final track, ‘Le Revenant’, is his own work.

“’Le Revenant’ means ‘The Ghost’ in French,” he says. “I speak French fluently, and I was inspired by a poem written by French poet Charles Baudelaire. His poetry is typically very dark and mysterious, and I wanted to convey that sense of mystery and gloom in my own piece.”

Christopher performed ‘Le Revenant’ at Carnegie Hall in March, and released the live recording as a separate single. It’s a piece that has garnered deserved attention, so much so that it will be included on an upcoming album of modern piano music which will be released by RMN Classical, a London-based record label, on 27 May.

The pianist has a special connection with one such composer featured on the album. “I believe I play Haydn the best out of all the great composers. His music resonates with me, and I always feel a sense of refreshment and satisfaction while playing one of his pieces.”

As for the most challenging? “The Ravel was challenging at first because I had not played much impressionist music up until that point. However, I am very happy with the way the track came out – it is one of my favourites on the album.”

Achieving so much at the age of 23 is a majestic feat. Does he have any practice secrets up his sleeve?

“I practise in short segments and take sporadic breaks. I do not believe in practising for 5 hours all at once, as the brain cannot possibly concentrate for this long. Therefore, condensed but highly-focused practice sessions are most productive and beneficial in my opinion.”

Any further advice for Pianist readers?

“You should not play repertoire just because it’s challenging and showy. You should play pieces that you really love, and this will come through in your performance, making it more enjoyable, not only for you, but for the audience as well!”