Beneath the surface: Burkard Schliessmann talks to Pianist Ahead of his upcoming album, Burkard Schliessmann talks to John Evans about the fantasy world of Schumann, the influence of Bach on Chopin, and the allure of deep-water diving...

Your new Schumann album is called Fantasies. Why were you drawn to the composer?

My relationship with Schumann dates from my earliest years. I was fascinated by how his music combines abstruse Romanticism with intelligence, philosophy and literature. However, although it has to be played in an improvisational style, its internal structures remain Classical. My programme shows how Schumann abandoned the large architectural forms of his early years in favour of miniature and more detailed forms in his later ones. This transition can be a challenge for performers.

How did you decide on the repertoire for the album?

It’s a wide-ranging programme dominated by fantasy, a concept close to Schumann’s heart. The realm of fantasy, that dreamland called Atlantis about which the great Romantic author and music critic E.T.A. Hoffmann wrote, is the true domain of all Romantic musicians. The thoughts and dreams of the poets, their poetry and vividly evocative tales, become associated with musical sound, stimulating harmonic inventions that may seem absurd, and creating forms that dissolve and break up inherited and established preconceptions. 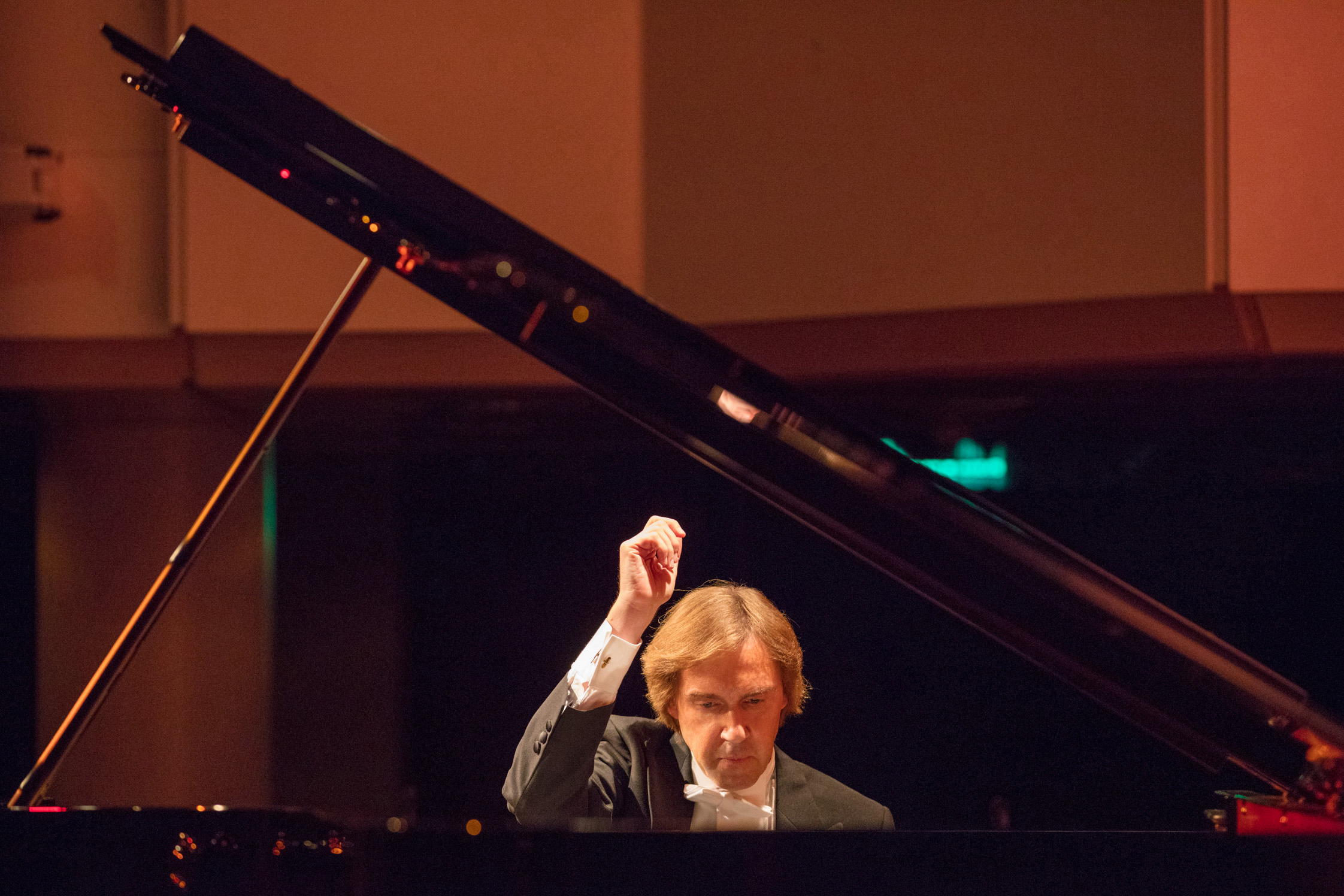 What are Schumann’s defining qualities?

While Chopin composed mainly for the piano, Schumann composed not only for that instrument but also for voice, for chamber groups and for orchestras. Like many Romantics, he poured his enthusiasms into creating a ‘golden reflection of life’ whether in words, pictures or music. His creative path led him from Classical forms to the freedom of subjective self-expression. However, we know today that he did not really abandon all the Classical rules, but that they provided a firm framework for his music.

Following a period in which the piano had revelled in sensuous beauty of sound and brilliant coloration, in Schumann it becomes a tool for conveying poetic monologues in musical terms. The tone-colours of the various registers are not employed in an orchestral sense, as in Beethoven, for instance. Instead, an effective Schumann interpretation relies on dynamic richness and the differentiation between main and secondary voices. A wide variety of touch is required including humorously abrupt accents and elegant staccatos. Hand-spans of up to a tenth are frequently found while at other times, the two hands may move simultaneously over the same groups of notes.

The fact that Schumann rarely uses the top and bottom extremes of the keyboard is one feature of his piano style that significantly differentiates its colour palette from that of Liszt or Chopin. The use of the sustaining pedal over long arcs of sound, especially in lyrical passages, helps the performer to feel Schumann’s dreamlike moods, mysterious sound quality and free-roaming imagination.

What is the secret of a great interpretation?

It is one that is like an improvisation, only grounded in a deep knowledge of the piece. For example, rubato is not random or arbitrary; it must be minutely planned. Only when Artur Schnabel understood a Chopin piece intellectually did he trust his feelings for it and apply rubato. But interpretation is flexible, too, being responsive to the circumstances one finds oneself in; for example, the acoustics of the concert hall or the mood of the audience. Ultimately, you must give your listener goosebumps! My favourite interpreter of all is Arturo Benedetti Michelangeli. 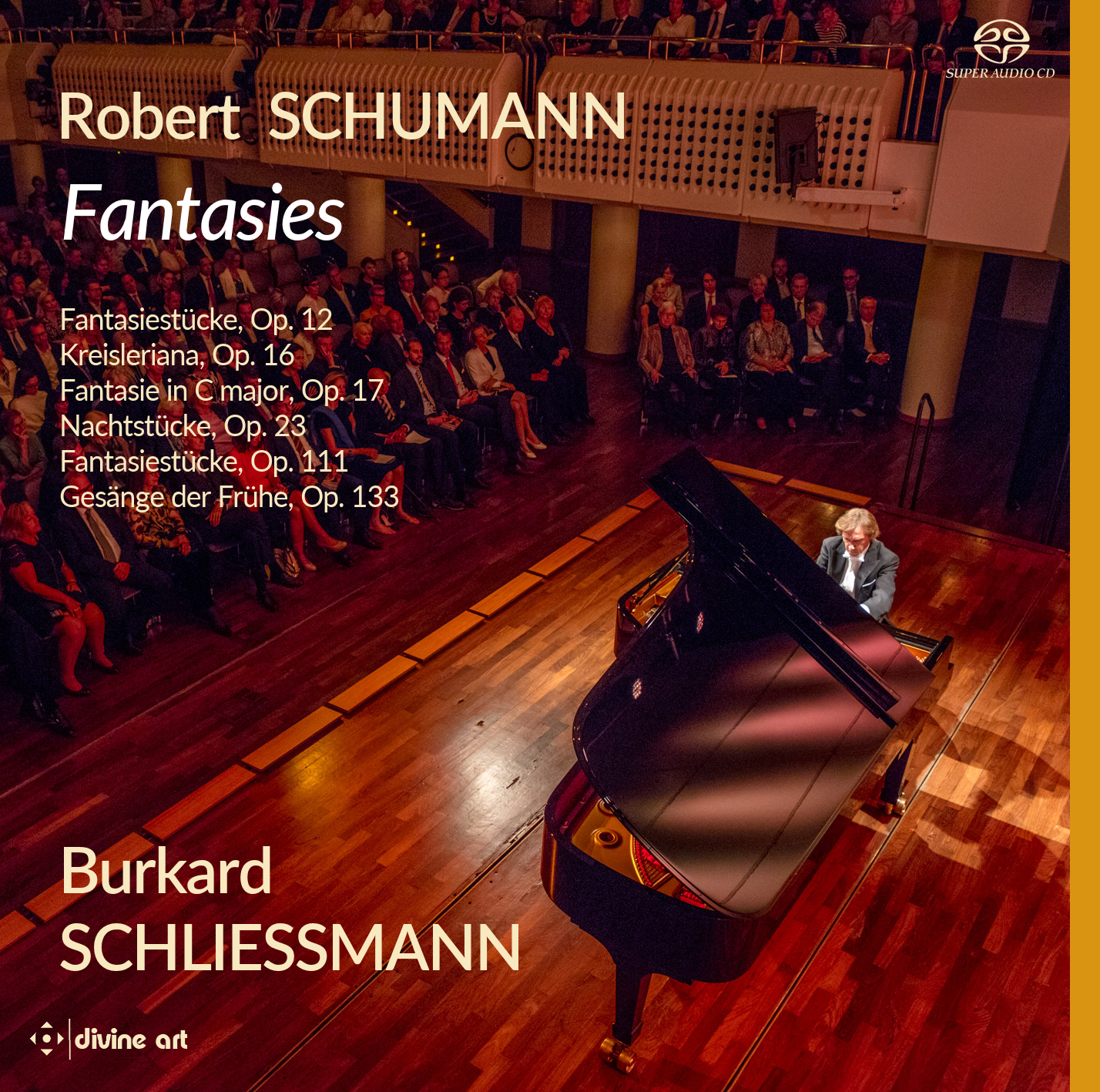 Robert Schumann: Fantasies is released in the middle of 2021 on the Divine Art label (Divine Art 25753). Full details at www.schliessmann.com.

You grew up playing Bach’s music. How was Chopin influenced by him and how does this inform your playing of Chopin’s music?

Chopin was particularly inspired by Bach. He took an edition of the composer’s Well-Tempered Clavier with him to Mallorca and devoted himself to a special study of it. In Bach’s compositions Chopin saw greatness, order and calm but also security in the past. Accordingly, his works have a Classical structure. I personally see Chopin striving to combine Baroque and Classical forms with the Romantic; a free, improvisational style with clear structures. For me, he is the pinnacle of 19th century piano composers.

You play the organ. What does playing this instrument teach us about playing the piano?

Frankly, the organ and piano have nothing in common! A cello is more closely related to the piano. It has a sonorous sound that has been described as being like an extension of the human voice. To my mind, the piano is not a percussive instrument.

However, based on experience, it is my belief that a well trained and developed technique as a pianist is essential to being a superb organist. Liszt and Schumann composed outstanding pieces for the organ that cannot be performed without a well developed piano technique. Remember, the organ itself is not only an instrument of the Baroque era; it’s also the great Romantic instrument of Franck, Widor, Vierne and Reger.

You teach the piano as well. What do you think makes a good teacher?

That’s easy: it is to draw out the personality of each student and to treat each in an individual way. Often, when I am teaching the same piece, I will say and recommend totally different things to my students so they are able to find their own voice – one that is authentic and unique to them.

What influences your performance of a piece?

One must respect and honour the composer’s intentions or else the performance is a lie and a fraud. But, especially regarding works of the Romantic era, you must also tell a story. As Liszt said, ‘Instrumental music no longer sets out to be a simple sequence of notes: it has become a poetic language which is perhaps even more suited than poetry itself to express all that moves in the inaccessible depths of unquenchable longing and in our intimations of immortality.’

In his great Sonata in B minor the listener, with no preconceptions, hears massive waves of sound breaking over him and forms from them the image of a passionate soul seeking and finding the path to faith and peace in God through a life of struggle and a vigorous pursuit of ideals. It is impossible not to hear the confessional tone of this musical language.

You are a diver, too. How does this influence your music-making, if at all?

I am an elite Professional Association of Diving Instructors (PADI) master-instructor and can refer to more than 8,500 logged dives in the seas and oceans all over the world. I’m certified to teach classes on underwater photography, videography and many more activities. I’m proud to say I have been appointed the PADI ambassador of the Project Aware foundation that works to protect the oceans.

Diving enriches and inspires my life and art. As a synaesthetic, I am fascinated and influenced by the variety of the colours of the underwater world which I transform into the musical world of my interpretations, via my Steinway piano.

Robert Schumann: Fantasies is released in the middle of 2021 on the Divine Art label (Divine Art 25753). Full details at www.schliessmann.com. More details on Burkard Schliessmann’s diving life can be found at www.scuba-adventure.org.

This interview is taken from issue 118 of Pianist. You can get your copy here.