Album of the month: I, Clara – Lucy Parham 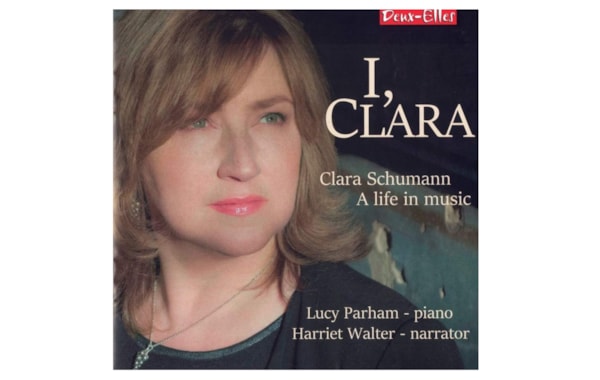 I, CLARA: Clara Schumann – A life in music

Lucy Parham is widely recognised as a Clara Schumann specialist. In the late 90s she gave a Wigmore Hall recital of works by Clara and Robert Schumann, at a time when Clara’s music was rarely heard on the concert platform. Parham has been championing Clara’s music ever since. Here, with her latest ‘Composer Portrait’ – created to celebrate the bicentenary of the birth of Clara – Parham gives us a beautifully-crafted tribute to the composer, in both words and music.

The album, spread over two discs, takes the listener through Clara’s life in her own words – from child prodigy with a tyrannical father, marriage and eight children with Robert Schumann, and culminating with her final years as an elderly widow. It starts out with some moving words – not from Clara herself, but from her eldest daughter, Marie. This comes as a refreshing (and poignant) surprise, allowing us to hear others’ recollections of Clara Schumann before the narrative is passed over to Clara herself.

Dame Harriet Walter is one of our finest actresses and she draws us into Clara’s world with great intimacy, gently revealing her life to us, layer by layer. Clara Schumann lived in extraordinary times; her friendships and encounters with Chopin, Liszt, Mendelssohn, Wagner and, of course, Brahms are all included. At the heart of the story is, naturally, Clara’s relationship with Robert. His death at the asylum at Endenich and its subsequent effect on Clara is portrayed with heart-breaking poignancy; first by Walter’s words and then by Parham’s intimate performance of Kind im Einschlummern (Child Falling Asleep), which is steeped in magical tenderness.

Robert Schumann’s Sonata No 2 in G minor Op 22 and the Intermezzo from Carnival of Vienna are both infused with energy and passionate drive by Parham, and are perfectly contrasted with the tenderness and intimacy of Clara’s own Romance in B Op 5 and Romance in E flat minor Op 11.

Clara toured extensively as concert pianist, giving over 1500 concerts throughout her life. A magical moment in the story is the description of the elderly Clara playing Schumann’s Arabesque to a rapt audience in London. The narration segues seamlessly into one of the finest performances of this work I have heard. The tone is exquisite, perfectly focused and in Parham’s hands it becomes a mini-masterpiece.

This album, which deserves repeated listening, is a fitting tribute to an extraordinary woman. Be prepared to shed a tear.