A new version of Bach's iconic Cello Suites, for the enjoyment of all pianists Pianist Eleonor Bindman's piano transcription of J. S. Bach’s Cello Suites might be the ideal new project for you...

“Watching my adult students struggle with difficult pieces revealed the need for a new kind of piano repertoire” – says the Latvian-American pianist and transcriber – the kind that helps people participate in music-making of the highest order without weeks of practice, tension or feelings of inadequacy. Her latest project, a piano transcription of J. S. Bach’s Cello Suites, accomplishes just that. And Bach lovers of all ages have expressed enthusiasm for this wonderful new set of piano music, some finally being able to play their favourite music well despite arthritis, others eager for quality warm-up and technique-building material, and many simply relishing a new Bach immersion which makes these stay-at-home times a lot more bearable.

The Bach Cello Suites for Piano recording, just released on October 9th, already became a 2020 best-seller for the Grand Piano label and is streaming worldwide. The transcription is true to the original cello score, without harmonic additions as one might expect in a piano arrangement, and was recorded by Ms. Bindman on her Bosendorfer 225, resulting in an especially rich and mellow tone.

She writes in the booklet notes: “I became convinced that the Suites didn’t need any ‘improvement’. The ambiguity of the implied harmony Bach creates is far more intriguing and beautiful than any consonance we can suggest… For the exceptional content of the Cello Suites to be a satisfactory experience, the only suitable backdrop would be silence.”

Eleonor Bindman hails from the Russian piano school – her 3 main teachers were from the Moscow Conservatory studios of Heinrich Neuhaus, Lev Oborin and Jakov Fler – and has always enjoyed the piano’s capacity to imitate other instruments and an entire orchestra.

Her first piano transcription, of Mussorgsky’s Night on Bald Mountain, was created when she was still in college and many more followed, including the recent piano duet version of the Brandenburg Concertos, another best-seller CD set released in 2018.

The desire to bring more of Bach’s non-keyboard music to pianists led her to Stepping Stones to Bach for early intermediate level and now to the Cello Suites for Piano. 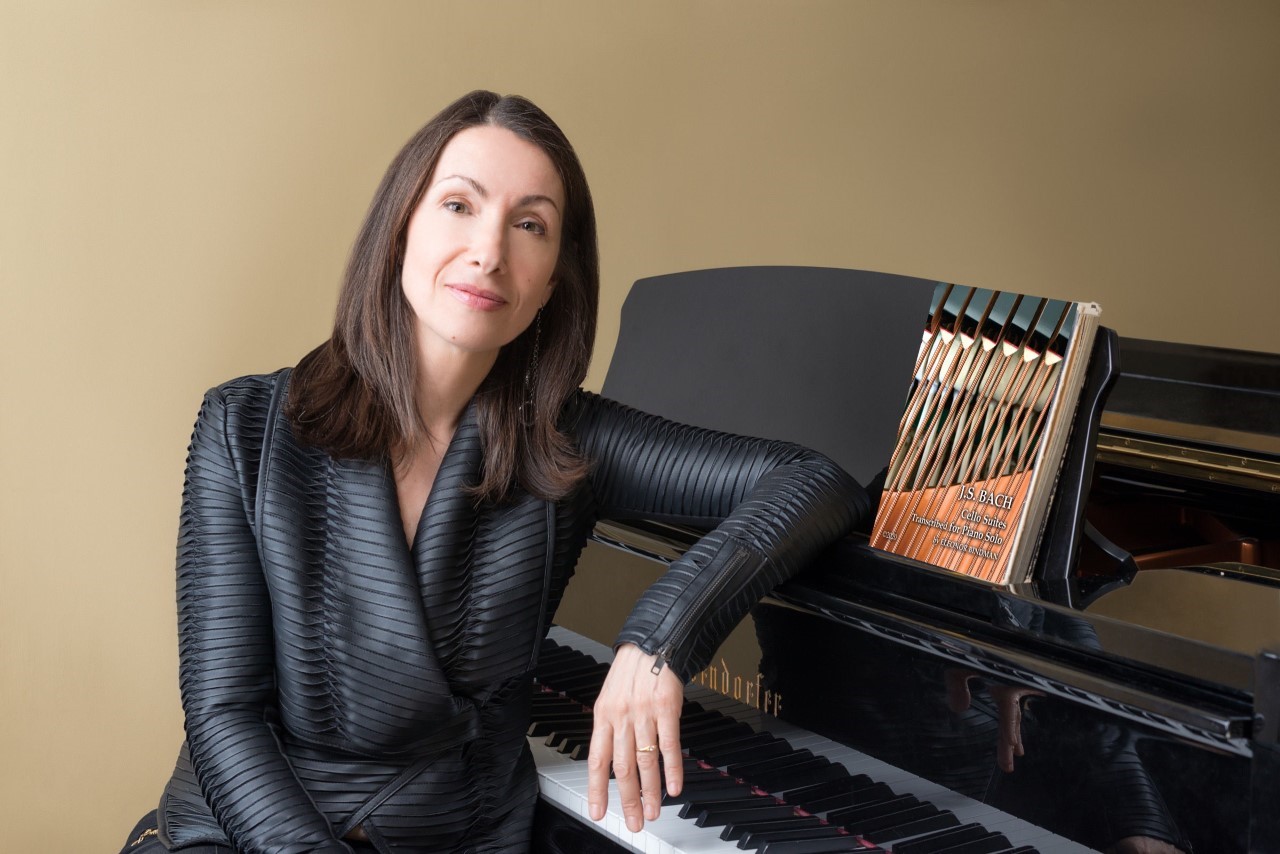 The 124-page score of Bach Cello Suites for Piano with commentaries from the arranger is now available and makes it easy for non-cellists to get to know and understand the basic elements of Bach’s extraordinary language.

Looking at a piano score allows for easy appreciation of patterns, interval sequences, implied counterpoint and the general shape and beauty of Bach’s linear thought, preparing one for understanding the same elements in more complex textures and longer structures. Most importantly, this new piano version of the Cello Suites can sufficiently shift one’s attention from logistical obstacles to cultivating tone and expression.

The practice of listening to oneself is the only true path to musicianship. If this arrangement helps someone along this path, Eleonor Bindman feels that her goal will be accomplished.

Learn more about Eleonor Bindman below: