A chat with David Elevique: The Royal Wedding Pianist 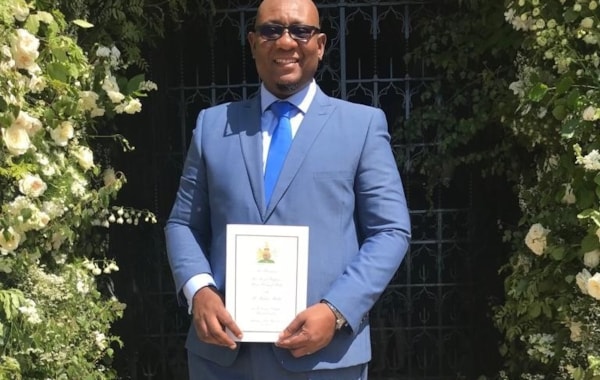 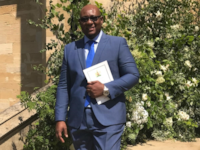 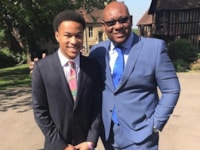 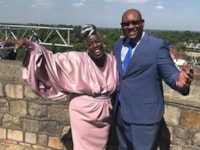 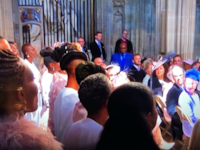 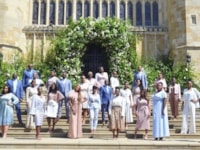 Pianist writer Ellie Palmer speaks to David Elevique, the man whose piano arrangement helped bring a nation to tears at the wedding of the decade: Prince Harry & Meghan Markle.

The dust is beginning to settle on what was the most viewed televised event the world has ever seen since, well, the last Royal Wedding. Prince Harry & Meghan Markle married in a gloriously historical ceremony at Windsor Castle in London, England, on Saturday 19th May to become His Royal Highness the Duke of Sussex & Her Royal Highness the Duchess of Sussex; two royal titles that have been vacant since 1843.

This was an historical day for more than just the fact that a Prince was getting married. It was a celebration of two different cultures intertwining in one of the most beautifully modern royal events I think we have ever witnessed. British gospel group The Kingdom Choir, who performed a rendition of ‘Stand by Me’ by Ben E. King, were the epitome of just that. Today, I’ve been speaking to the man that magnificently accompanied the choir for their performance in front of royalty – pianist David Elevique. And so, I start with the most obvious question of all:

What was it like to be a part of the Royal Wedding?

'It was a fabulous occasion,' he explains. ‘The atmosphere was full of joy and hope and this was fueled by the crowds of people who came to Windsor, many camping outside for days rewarded with great weather, to see the wedding. Of course, I was there to work and do my role, so I was very focused but it was also a wonderful experience and a part of history that I played my small but not insignificant part in.’ A significant part of history indeed. But just how did he come to play his role? In reality, his journey to this point in time started over 20 years ago.

‘I have been playing gospel music since the early 1990s and have played for pretty much every major gospel choir in the UK over the years, including the London Community Gospel Choir, Visual Ministry Choir and The Kingdom Choir. It is one of the genres I love, and I have established myself as both a musician and Musical Director/arranger in this and other areas. So, when Kingdom Choir were asked to perform at the wedding, I was their choice for the pianist as both a safe pair of hands and someone who also brings some extra value to whatever I do.’ The arrangement of the piece was an explosive combination of beauty and power. Indeed, ‘for this performance, the key word was “beautiful”,’ David tells me. This key word came directly from Prince Harry and Meghan Markle themselves.

Did you get the chance to meet with the royals?

‘It was arranged for a team of us to meet Harry and Meghan at Kensington Palace in April to expedite the finalizing of the arrangement.  This was to be the first time I was required to play the piece. The couple explained that they wanted gospel delivered in a way that was fit for the occasion.  Gospel takes many forms today from the old spirituals right through to what is essential jazz fusion with a gospel message.  But for this performance, the keyword was “beautiful”.’

And there began the creative process of finding just the right combination of chords and voicings. But that process was quite short-lived for David. ‘Based on that brief, the piano arrangement came to me instantly.’

'When we had finished, the couple smiled, commented on their goosebumps and said it was perfect.’

The world unanimously agreed with the Duke and Duchess when The Kingdom Choir’s performance was broadcast around the world. “Captivating”, say the New York Times. “It struck a chord with millions,” writes CBS News.

As a classically trained pianist myself, who switched over to playing pop and delving into the world of music production, I am very curious to know the exact specifics of why David used certain chord shapes in his arrangement. He was more than happy to share with me an inside look.

‘Essentially the rhythm of the piano is a nod to Tracy Chapmans Guitar version and sonically there is a guitar like openness to the chords. When a pianist learns a C major chord, they usually get a triad of the notes C, E and G. When a guitarist learns a C major chord, they usually learn the open string shape which gives them E, C, E, G, C, and E thus a much wider sound.  Due to my extremely large hands, my span is an octave plus a 5th, for example, C - G in the octave above. This means my voicings on the piano are often large and wide when playing open.’

Follow David's professional music company, Musical Insight, on social media to keep up to date with his latest projects:

Noticeably, David’s arrangement of Stand by Me includes a glorious extended 11th on chord two of the phrase. ‘When it came to the harmonic structure and that 11th everyone keeps speaking about, I was keen to add some light and shade to the piece.’ The piece is in A major, in case you were curious. ‘The first chord, the A major (root) chord,’ he explains, ‘is open, bright and minimal. The second chord (F# minor) is voiced with a subtle complexity and more depth to contrast the first chord. In the first verse, it also works well with the lyrics over the chord, “….and the land is dark”. From there it’s a mixture of open and closed voicings, changing intensity and moving to lower octaves to add drama and build as the song does and as the choir conductor demands during that specific performance.’

All it took for me was to hear that one extended 11th chord, and I instantly wanted – no, needed – the sheet music for this arrangement.

Where can we get the sheet music?

‘A link to the score will be on my company’s website, Musical Insight, soon.’

‘Later this year I will be releasing a solo piano album featuring arrangements of many popular songs. Musical Insight is also releasing an album from one of its artists Gayleis, produced by myself, which is an eclectic soul/RnB/pop mixture that I’m very excited about. I will also be releasing a second album of jazz and Gospel music contributed to by many of my fantastic musician and singer friends.’

Liked this chat? You may like this one too...Editor Erica Worth recently sat down with Adele's pianist and near-namesake Eric Wortham. Read it here!