"Everyone tells me that I’ve been improvising all my life, so essentially I’ve been composing," the Venezuelan pianist says inside issue 121 of Pianist. "But now it’s become almost an obsession."

To celebrate her appearance on the cover of the latest issue of Pianist, we've picked out five of our favourite improvisation performances of her from YouTube. Take a look below.

Montero improvises over a theme from Cantonese opera, Princess Chang Ping, and the them of Star Wars – both of which were suggested by the audience themselves.

As with a lot of her improvisational performances, the initial process of the audience choosing a theme for Gabriela is often quite comedic with lots of audience members singing different songs at the same time – especially in this particular clip in Koln, Germany.

Gabriela was performing alongside the National Symphony Orchestra of Mexico when she began improvising on Alma Llanera – a traditional Venezuelan song. She comments: "I began to improvise on Alma Llanera and I began to cry like a girl at the piano. That sea of emotions, sadness, pain simply overwhelmed me in such a way that I could not contain crying.

The audience accompanied me in that feeling and I left the stage feeling that music is the noblest expression of who we are as human beings. It is what connects us."

Back in her home country, Gabriela was performing with the Venezuelan Youth Symphony Orchestra when she unexpectedly surprised the First Flute player Simón Bolívar Katherine Rivas with an improvised rendition of 'Happy Birthday'.

Watch as Montero improvises on her home country's national anthem, "Himno Nacional a lo Cacerolazo!", in a minor key rather than the traditional major key. She is accompanied by the pots and pans of traditional Venezuelan protest.

Gabriela Montero stars on the cover of issue 121 of Pianist (August/September), and talks in depth inside about her love of improvising, the impact of Martha Argerich on her career, and her role in activism. 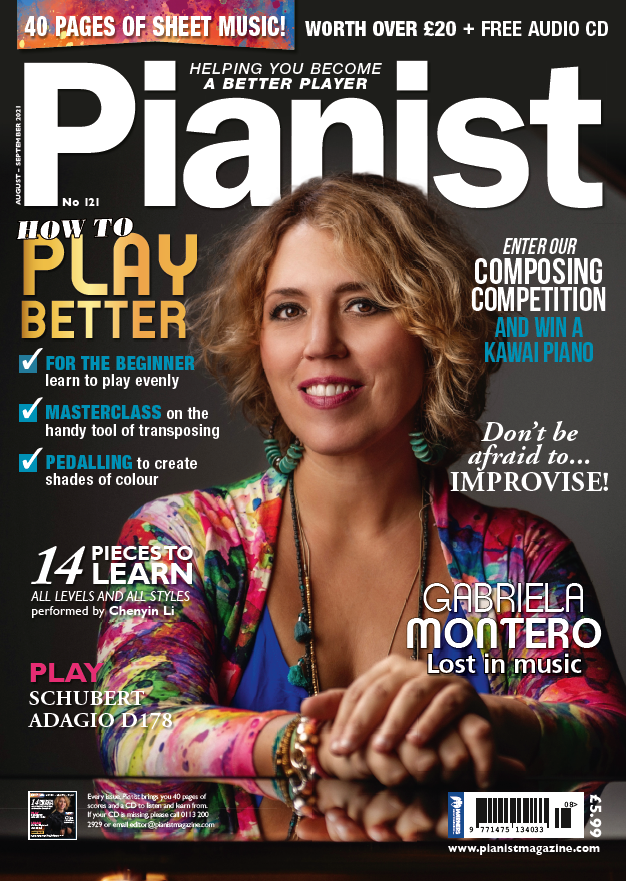