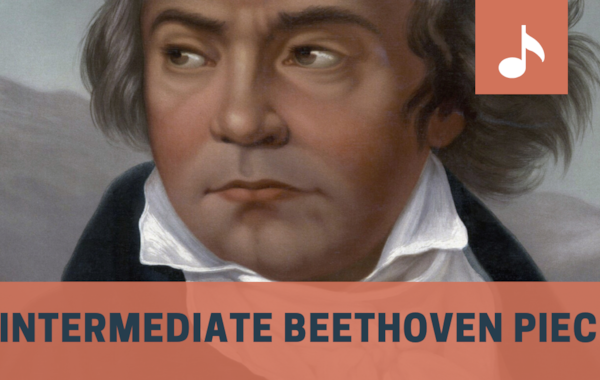 Want to expand your Beethoven repertoire? Here are 10 pieces you absolutely must include!

Who doesn’t love this catchy-sounding Bagatelle? Subtleness is the key, though, in order to make it really sparkle. Watch the wonderful Chenyin Li perform it below.

Warning! The first and last movements should only be tackled by advanced players, but this Adagio cantabile, full of pathos and yearning, is within an intermediate-level pianist’s grasp. A real winner that will melt any listener’s heart.

The notes might look easy to master, but this famous movement will still need some serious practice. The LH accompaniment should float along with utter calm and evenness, above which the RH melody quietly shines. A great test for pianissimo playing.

What a precious piece this is! Note the molto espressione at the start of this A-B-A waltz, and don’t stint on a dolce cantabile. We say the sweeter the better! Many beautiful moments to be heard on Chenyin Li’s performance below.

The score is available in our sheet music store here.

This First Bagatelle from the Op 126 set starts out calmly, but the L’istesso tempo at bar 21 makes for more movement, building up to the trills at bar 29. The recitative-like flourish in bar 30 will require separate practice. Watch Chenyin’s sovereign performance below.

This particular scored appeared inside our special Beethoven issue, No 112. Why not download it?

Slightly more advanced than the first Bagatelle in the set, the final No 6 shows the many sides to Beethoven – from grumpy tyrant (prepare yourself for those presto opening and closing runs!) to most tender gentleman (the poignant triplet section starting bar 22).

This score also appeared inside issue 112.

Three pages of Vivace fun! And a great lesson in articulation. This set of Ecossaises is rarely played on the concert platform, but it should be!

Another stunning score that appeared inside our Beethoven issue.

Probably the easiest piece on this list, this popular Minuet is a great introduction to Beethoven’s piano music. Find the right tempo, and you’re halfway there. And here’s a little bit of theory: The ‘WoO’ stands for ‘Werke ohne Opuszahl’ (Works without Opus number) and was given to a works that were not originally published with an opus number, or survived only as fragments.

The composer regarded this as the best of his early sonatas. It comprises four movements, of which this is the third. In true Beethoven style, it starts out calmly but it doesn’t take long for storminess and strong accents to appear.

Finally, this joyful movement, marked a zippy Allegro assai, should be played with humour and verve. Get the articulation spot-on and it will be dancing off the page.

Margaret Fingerhut to perform live online on 5 June for charity