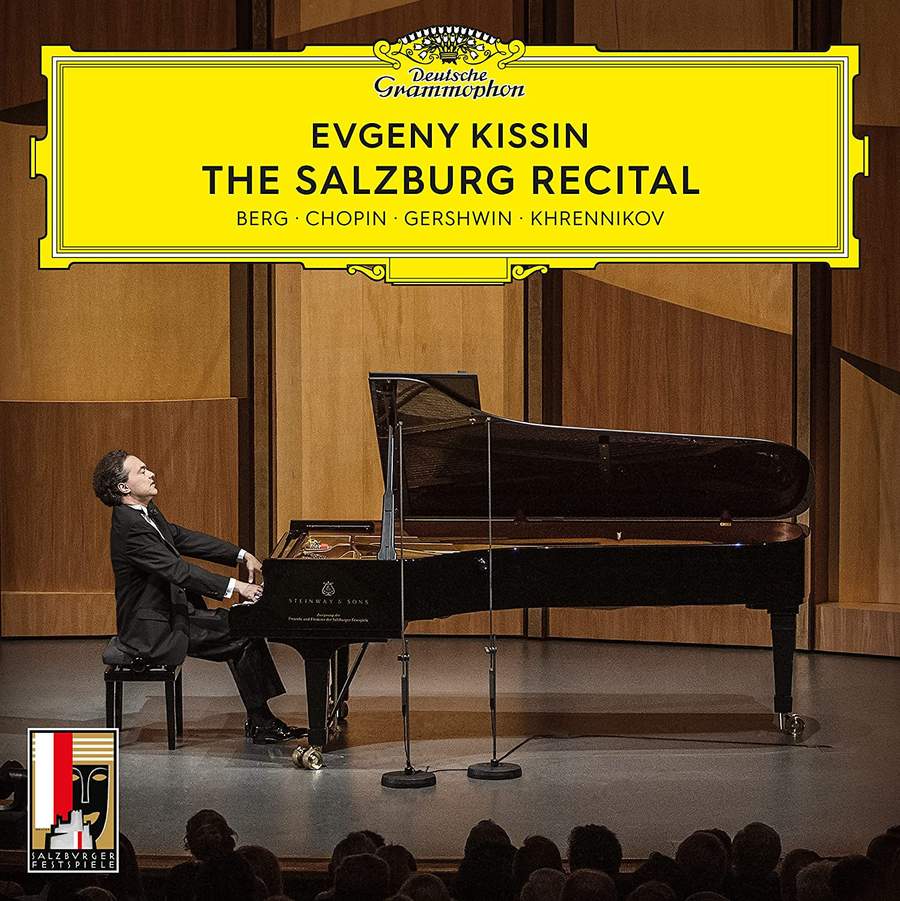 Evgeny Kissin opens with an almost indecently velvety Berg Sonata, caressing the polyphony into shape as if playing Scriabin – or early Bartók, who forms a missing link into a sequence of emerald-cut little pieces by the unfashionable Tikhon Khrennikov (once president of the Soviet Composers’ Union and scourge of dissident internal voices such as Shostakovich).

Unlikely continuity rather than contrast becomes a theme of the recital as Kissin segues seamlessly (applause edited out) into the Three Preludes of Gershwin. These are pulled off with breathtaking ease – and if you thought Kissin can’t swing, think again.

In CD 2’s substantial Chopin sequence, he draws the same polyphonic richness of texture from the Nocturne Op 62 No 1 that he did from the Berg. A peak-conditioned Steinway plays its own part in the even, pearly iridescence of his Impromptus and astonishing articulacy of the First Scherzo. The Second is thrown in for good measure among the encores. This is Kissin at the top of his game.