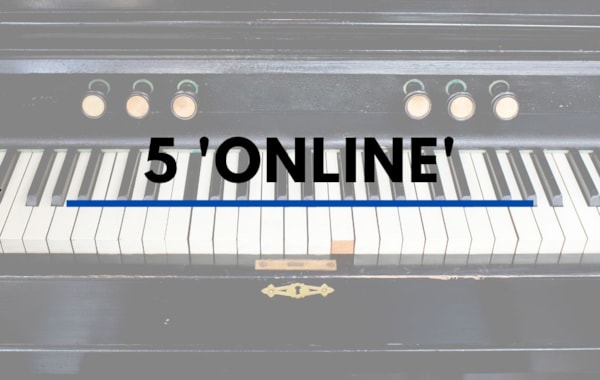 Hewitt was due to perform the final concert of her multi-season Bach Odyssey this month, but that performance was, as expected, cancelled.

Instead she presented a special broadcast programme live from Wigmore Hall, including her own arrangement of a 1714 chorale.

She received the Wigmore Medal shortly after her performance in recognition of her international standing and contribution to the Hall, over the course of more than 80 performances since her Wigmore debut in 1985.

Recordings of the Padmore's interpretation of this late Schubert cycle offer “remarkable patience, control and concentration” (Gramophone) and “so perceptive that it enhances our appreciation of the most familiar of all song cycles.” (Opera Today).

Uchida appeared on the cover of issue 114 of Pianist.

Pianist Michael Lu gave a moving performance of Florence Price's Andante from Piano Sonata in E minor on 19 June, as part of a home recital for the 5pm Series. This performance of Price was the first piece of his performance, and was dedicated to victims of black oppression.

Lu says, "I feel that the music of Florence Price and many other great African-American composers – among them George Walker, William Grant Still and Ulysses Kay – are sadly neglected… In reality, the music of these composers constitutes among some of the most beautiful and important achievements of human history."

#PianoMusicbyWomen #12: Romantic German composer Emilie Mayer (1812-1883)’s Impromptu Op.44. Although she began her serious compositional study relatively late in life, she was a prolific composer. She was the Associate Director of the Opera Academy in Berlin. @pianistmagazine pic.twitter.com/ghHkhuLhxH

Enjoy this gorgeous performance of Emilie Mayer’s Impromptu Op.44, performed by Yuki Negishi. The Japanese-born pianist has been posting regular videos on her Twitter as part of her #PianoMusicbyWomen series.

The series aims to put a spotlight on women composers, and has so far featured music from the likes of Cécile Chaminade, Melanie Spanswick, Louise Farrenc, Florence Price and many others.

12-year-old Cole Lam is something of an internet sensation.

He shot to YouTube fame last year when his performance of Queen's Bohemian Rhapsody at London's St. Pancras Station garnered over 40 million views.

Throughout UK lockdown, he has been posting regular video performances on his YouTube channel, and this latest one features piano covers of Queen's Crazy Little Thing Called Love and Michael Jackson's Man In The Mirror.